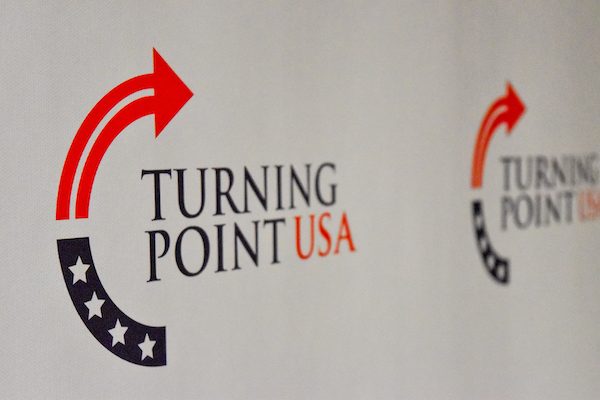 After attempting to start a student organization to “bring civil discourse” to Illinois Institute of Technology, a prospective Turning Point USA chapter was told by student government members that its presence on campus could be “problematic.” The chapter was then denied recognition. Last week, FIRE wrote to Illinois Tech to echo concerns raised by the Southeastern Legal Foundation that the university is allowing student groups to be denied recognition based on the groups’ perceived viewpoints.

On October 19, 2020, two Illinois Tech students presented to the student senate a proposal to start a chapter of the national Turning Point USA organization on campus. The students said the chapter’s goal “is to bring civil discourse and political debate to campus,” and to get “students to engage in ‘conversations they wouldn’t have otherwise,’ as proper political discussion is often one-sided and can lead to arguments and fights.”

Student senators, however, objected to the student chapter’s affiliation with the national Turning Point USA organization, citing “problematic occurrences of systemic racism” and “controversies with several activists, speakers, and supporters of TPUSA.” Although the students aiming to start the chapter said the national organization could provide resources — including speakers and funding — the student senate denied the chapter recognition, which made it the first student organization denied recognition that semester.

Although it was the student government’s decision not to recognize the prospective TPUSA chapter, it is the responsibility of Illinois Tech to ensure that bodies that govern the university exercise their institutional authority in a manner that is consistent with the university’s obligations to students.

In January 2021, the students presented a revised proposal to form the TPUSA chapter and planned to bring a representative from the national organization to speak at the student senate meeting. However, the students withdrew their proposal after a “huge outcry from students,” “several posts” on the university’s “student community” Facebook page, and “many letters” and a “petition,” which were sent to the student senate.

The same students later started a chapter of Young Americans for Liberty, which was approved by the student senate after the student founders met multiple times with an administrator to “ensure that all concerns from other students regarding this organization would be taken care of, and that all policies would be followed closely.”

Illinois Tech’s viewpoint-based denial of the prospective TPUSA chapter impermissibly burdens students’ ability to organize and express themselves. As a private institution, Illinois Tech is not obligated by the First Amendment to guarantee students expressive and associational rights; however, it chooses to do so, promising to “continue its commitment to be a strong advocate for freedom of association and inquiry within our global community.” Illinois Tech’s accreditor also requires that the university be “committed to academic freedom and freedom of expression in the pursuit of truth in teaching and learning.”

Given these commitments, Illinois Tech has a responsibility to its students to protect their expressive rights, including their right to engage in expressive association. As we said in our letter:

Illinois Tech’s refusal to recognize a proposed chapter of TPUSA—thereby burdening its prospective members’ rights to expression and association—is premised on students’ disapproval of the views of its national organization, other chapters, and speakers. Yet the possibility that students may disagree with others’ opinions is precisely the risk that Illinois Tech undertakes when it promises its students freedom of expression. Indeed, even caustic disagreement is not so much a risk as it is the basis of academic freedom, liberal arts education, and democratic society.

Given that the student government’s refusal to recognize the prospective TPUSA chapter was due to the suspected viewpoint of its national organization — as having “problematic occurrences of systemic racism” and controversial speakers — it amounts to viewpoint-based discrimination. While students are free to criticize the organization’s views, speakers, or associations, a commitment to expressive freedom means that institutional resources cannot be restricted on the basis of viewpoint or the speech (or actions) of others. Eroding that principle threatens the rights of all student organizations, no matter their views.

Although it was the student government’s decision not to recognize the prospective TPUSA chapter, it is the responsibility of Illinois Tech to ensure that bodies that govern the university exercise their institutional authority in a manner that is consistent with the university’s obligations to students. As we wrote in our letter, Illinois Tech has a responsibility to ensure that a similarly viewpoint-based denial of a student organization does not occur in the future.

We call on Illinois Tech to implement a policy whereby recognition is granted or denied to student organizations in a viewpoint-neutral manner. After all, why should students believe any of Illinois Tech’s promises if it defaults on core principles like its commitment to students’ expressive rights when they’re the most at risk?