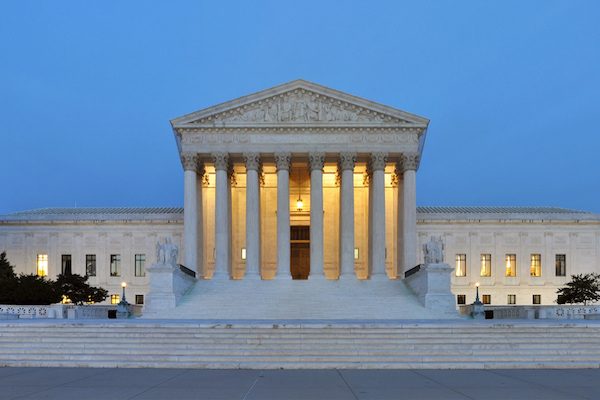 PHILADELPHIA, July 19, 2021 — Led by the Foundation for Individual Rights in Education, a coalition of civil liberties organizations petitioned the U.S. Supreme Court today to be allowed to defend, on constitutional grounds, new Title IX regulations that went into effect last year.

“The new Title IX regulations protect all students from unfair hearings and illiberal speech codes by enshrining rights required by the Constitution,” said Robert Shibley, FIRE’s executive director. “But the federal government has refused to defend these vital protections on constitutional grounds. In fact, the Biden administration has repeatedly mischaracterized, criticized, and threatened the regulations. Since the federal government won’t make the strongest case for student rights, FIRE will.”

On May 6, 2020, the Department of Education issued new regulations surrounding the application of Title IX, the federal law prohibiting sex discrimination in federally funded educational programs. The regulations provide students with essential free speech and due process protections that were long denied to them within many campus sexual misconduct disciplinary proceedings.

An array of organizations and attorneys general filed five lawsuits challenging the regulations. FIRE, joined by Speech First and the Independent Women’s Law Center, sprang into action to defend them from the lawsuits.

The U.S. Court of Appeals for the First Circuit upheld a lower court’s denial of FIRE’s motion to intervene in February, claiming that the government can be trusted to protect the student rights enshrined in the regulations. But this trust is misplaced. President Joe Biden promised a “quick end” to the regulations while on the campaign trail and tasked then-incoming Education Secretary Miguel Cardona with dismantling the regulations.

Unlike some federal appellate courts, the First Circuit puts a heavy thumb on the scale for the government by forcing potential intervenors to overcome a strong, automatic presumption that the government will adequately represent their interests in the case.

As a result of the First Circuit’s presumption, groups like FIRE that would otherwise qualify to intervene are left out of cases that threaten the interests of the students nationwide on whose behalf they advocate. The presumption also contradicts Supreme Court precedent and other appellate court decisions.

Today, FIRE, joined by Speech First and the IWLC, asks the Supreme Court to resolve the circuit court split in favor of citizens’ right to act as a check on their government.

“The government doesn’t always have the same interests as private citizens. Why should courts presume that it does?” asked FIRE Vice President of Litigation Darpana Sheth. “We hope the Supreme Court will step in to resolve the circuit split so that FIRE can defend students’ basic rights when their government won’t.”