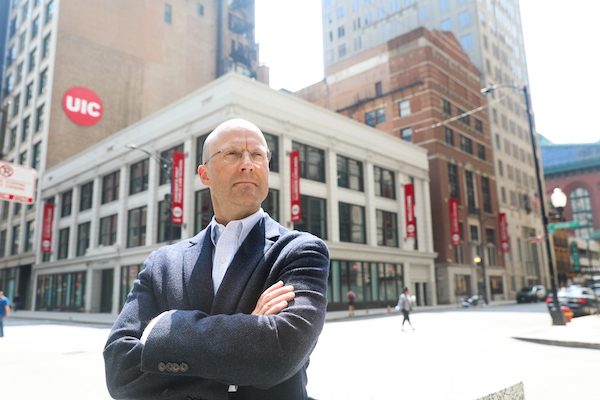 When the University of Illinois Chicago suspended and launched an investigation into law professor Jason Kilborn, he initially didn’t know where to turn.

He had posed a long-used hypothetical question in a December 2020 law school exam using redacted references to two slurs. The question about employment discrimination included a plaintiff being called “a ‘n____’ and ‘b____’ (profane expressions for African Americans and women)” as explosive evidence of the discrimination. But even redacting the terms didn’t save him from criticism — or eventually being targeted by his school.

“Undergrad teaches students to think, but law schools, medical schools — they have to teach students how to do,” said Kilborn, who has taught law for 21 years.

Graduate programs in law and medicine, for example, can’t be taught with memorization or a series of lectures. He said they require difficult, hands-on training in the messy parts of their disciplines. Would you trust a surgeon who sat through a series of lectures, but never cut open a patient? In law school, Kilborn said, that level of experience comes from engaging with real-world examples involving complicated, difficult legal cases.

“In virtually every one of my law classes, I try to put that scalpel in my students’ hands and ask them: What do you do?”

“These hypotheticals,” he explained, “really force students, future lawyers, to be confronted with the messy reality they’ll be faced with in the outside world.”

“This hits you like a ton of bricks,” said Kilborn. “It was totally unexpected. You’re totally isolated.”

But after this hypothetical, with no warning or attempt at communication to discuss the issue, the Black Law Students Association denounced Kilborn to the dean, the administration, and the media for the single expurgated exam question. The association called his use of the redacted slurs “inexcusable.”

In January, just before the first class on the first day of spring semester, UIC’s administration abruptly suspended him. He said they refused to explain the basis for the indefinite suspension, despite being asked.

“This hits you like a ton of bricks,” said Kilborn. “It was totally unexpected. You’re totally isolated.”

At the same time, a petition circulated against the “inexcusable” use of the redacted terms. It called for mandatory cultural sensitivity training for all faculty and staff, speech-restrictive policies for faculty, and for Kilborn to step down from his position as chair of the academic affairs committee.

“We do not have time for band-aid solutions,” read the petition. “We need surgery and this operation is not up for debate.”

‘You’re violating his rights. Back the hell off.’

Rather than recognize that the exam question clearly fell within the bounds of Kilborn’s right to academic freedom, the university promised a “thorough review.”

Kilborn didn’t know what to do. He turned to a faculty listserv for help. He’d never heard of the Foundation for Individual Rights in Education; it was a colleague who suggested he get in touch.

“This is the moment at which the clouds part and sunshine streams down on me,” Kilborn said. 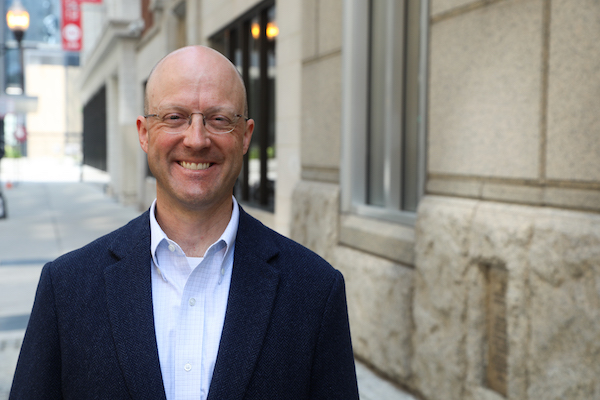 "What FIRE and the legal defense fund gave me is the ability, and the credibility, to go to the administration and defend my rights." — Jason Kilborn

Every weekday morning, FIRE lawyers and higher education experts discuss the cases that came in since their last meeting to determine whether and how we can help. When students or faculty members come to FIRE, they get a response — fast.

“I sent a message with a relatively short description, and within hours FIRE writes me back, saying ‘Your case is interesting and we’d like to talk.’ Finally you’re not alone. Someone can tell the school: You’re violating his rights. Back the hell off.”

On Jan. 19, FIRE called on UIC Chancellor Michael D. Amiridis to reject “any intent to punish Kilborn over his protected expression.” FIRE gave UIC a good-faith opportunity to back off Kilborn and to reaffirm his academic freedom rights.

UIC responded to confirm that it was, in fact, conducting an investigation into Kilborn’s exam and rejecting our concerns about his academic freedom rights. The move earned UIC a spot on FIRE’s annual list of the 10 Worst Colleges for Free Speech, as well as pointed criticism from outlets and commentators across the country.

At the time, FIRE was beta testing a new initiative focused on providing faculty with free legal help when their rights are violated in ways beyond what FIRE’s longstanding Legal Network has provided. The initiative followed a year in which expressive rights were walloped by pandemic- and protest-related restrictions. What Kilborn didn’t know when he first connected with FIRE for help, was that he would become the first faculty member helped by FIRE’s emerging Faculty Legal Defense Fund.

“That was one of the most elated feelings I’ve had since I married my wife,” he said. “The only thing that can make this stop is the threat of a lawsuit.”

Kilborn isn’t alone in being targeted for controversial expression. Research released today by FIRE examines the rise in collegiate scholars punished for their constitutionally protected speech. An alarming 74% of targeting incidents are “successful” — meaning the scholar ends up with some type of punishment, such as investigations or suspension. One in four targeted scholars lose their job.

(Unsurprisingly — given the controversial topics and words that they discuss — law faculty are the top targets for such incidents. FIRE compiled a companion database highlighting over 420 incidents of scholars throughout collegiate disciplines being targeted for their expression since 2015.)

In 2020, FIRE saw an unprecedented and dramatic rise in threats to faculty rights — and 2021 has shown no relief from the deluge of cases submitted to FIRE. With faculty rights increasingly under threat, professors need effective, experienced legal advocates to come to their defense.

That’s why FIRE is publicly launching the fund today with a goal to exponentially multiply FIRE’s ability to protect faculty at public institutions whose rights are violated.

“Our message to faculty is clear: When you face potential investigations or termination due to your expression, you are not alone,” said Ronnie London, director of the initiative. “FIRE has over two decades of experience defending faculty rights. We are the trusted, nonpartisan defenders of free speech and academic freedom — with a proven track record of success. As threats to faculty speech rights rise, so too must the efforts of those who fight to defend those rights. Our experience shows it’s particularly important, where possible, to provide ‘early responder’ help when a threat to faculty member rights first begins to emerge.”

The FLDF, funded by the Stanton Foundation, provides free legal representation to faculty through its national network of attorneys. Faculty at public colleges and universities whose rights are threatened should submit a case to the FLDF or call its 24-hour hotline at 254-500-FLDF (3533).

Though launched fully today, the fund through its “soft launch” is already working or has successfully worked with 10 faculty members, including Kilborn.

“Thank God for the Faculty Legal Defense Fund,” he said. “FIRE gave me the comfort of public support and solidarity; the FLDF gave me the silver bullet of real legal action. Having a gladiator standing beside me and shaking his sword — that alone is enormously powerful.”

“I’m grateful for FIRE’s backing, both moral and financial, without which I don’t know how I would have made it through the hell of these last six months.” — Law Professor Jason Kilborn

Through the fund, FIRE connected Kilborn with a local attorney, Wayne Giampietro. With help from the FLDF team at FIRE, the pair reached a resolution with UIC. Kilborn agreed to alert the dean before responding to student complaints about racial issues, and the audio of his classes would be recorded — both stipulations Kilborn welcomed in order to protect himself against spurious complaints, and one he’d already decided to take independently.

Kilborn strongly objected to mandatory sensitivity training or signing a non-disclosure agreement that would have barred him from publicly commenting about the ordeal. He said it’s thanks to the credible threat of action by an FLDF attorney that the administration’s final resolution did not contain these elements.

“The resolution in my case was like most good compromises — it pleased no one, so it must have been the right one,” he said. “The average person doesn’t enjoy fighting. If I enjoyed fighting I would’ve remained a lawyer. I was tired of it, emotionally tired of it. I’m grateful for FIRE’s backing, both moral and financial, without which I don’t know how I would have made it through the hell of these last six months.”

Kilborn lamented that he didn’t get his day in court to fully vindicate his rights, but he wanted to get back in the classroom and move on to training the next generation of lawyers. The fund puts faculty in the driver’s seat; if they and their counsel find a settlement that works, they never even have to go to court.

“What FIRE and the legal defense fund gave me is the ability, and the credibility, to go to the administration and defend my rights,” he said. “I had a lawyer standing beside me, ready to act even if we decided to take no action — and that means a lot.”