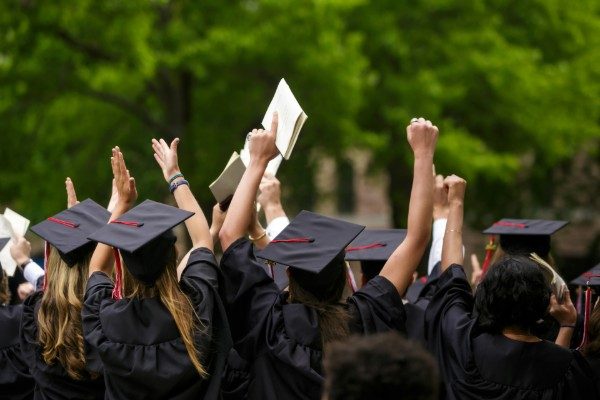 A new survey from Gallup explores the link between how comfortable college students feel expressing themselves in the classroom and graduates’ attitudes toward their alma maters.

The Gallup Alumni Survey, released earlier this month, asked graduates how comfortable they felt expressing ideas in class that they believed were only shared by a minority of students, as well as how emotionally attached they felt to their alma mater. The survey found those most comfortable expressing unpopular opinions in class also had greater emotional attachment to their university as alumni.

Respondents were asked the degree to which they agree with the statement “I felt very comfortable sharing ideas or opinions in class that were probably only held by a minority of people.” While only 33% of all graduates strongly agreed that they felt comfortable sharing unpopular opinions in class, the survey also revealed another interesting point:

Gallup finds that graduates’ perception of inclusivity on campus is linked to their attitude toward their alma mater. Graduates who strongly agree that they felt very comfortable sharing ideas or opinions in class that were probably only held by a minority of people are more than twice as likely as those who do not strongly agree to be emotionally attached to their university. Importantly for universities and advancement offices in particular, graduates who are emotionally attached to their alma mater are more likely to be active alumni and donate back to their school.

These findings add another layer to how we understand students’ feelings about expressing themselves in class.

FIRE’s own 2017 survey of student attitudes toward free speech found that almost one-third of students surveyed, 30%, had self-censored in class because they thought their words might be considered offensive to their peers. A recent survey commissioned by the Knight Foundation and released just last month found that more than two-thirds, 68%, of college students say their campus climate precludes students from expressing their true opinions because their classmates might find such opinions offensive.

Gallup’s findings suggest that a climate of free expression in classrooms is not only an admirable goal in itself, but a way to foster lifelong relationships between students and their alma maters—relationships that can lead to alumni generosity in the future.

As always, anyone looking to improve the climate for free expression on a campus they care about is welcome to reach out to FIRE!