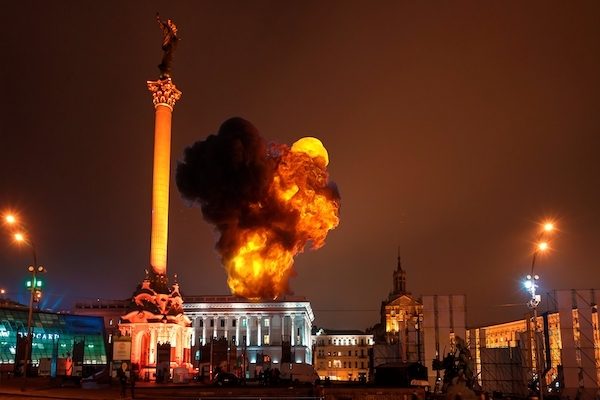 When a socialist student group at Berea College in Kentucky announced a screening of the documentary “Ukraine on Fire,” the group aimed to start a dialogue about the rights of working class people in ‌Russia and Ukraine.

The ​​Building Revolution, Anti-Imperialism, and Dissent student group scheduled a March 1 screening of “Ukraine on Fire,” which makes the argument that the 2014 Maidan Revolution in Kyiv and overthrow of president Viktor Yanukovych was a coup d’état by nationalist groups and the U.S. Department of State.

However, the screening never occurred because the college pressured the group’s former advisor to cancel it, based on disagreement with the documentary’s content and a misperception that BRAID supports Russian president Vladimir Putin. Although the group says it does not support Putin — but rather the rights of all working class people in Russia and Ukraine alike — viewpoint is not a valid basis on which to cancel a student-sponsored event, regardless of controversy and current global affairs.

Berea must recommit to its free expression promises so as not to chill all controversial speech on campus.

FIRE wrote to Berea last month to explain that the private college cannot simultaneously promise students expressive rights while controlling which views they may espouse on campus. We gave Berea more than three weeks to respond to our concerns, but received no reply. Now, Berea must recommit to its free expression promises so as not to chill all controversial speech on campus.

Colleges committed to upholding students’ free speech must ensure student groups can exercise expressive rights by holding events where they share their views or the perspectives of others. Although some at the college may oppose the content of Ukraine on Fire, Berea’s expressive freedom commitments strip it of the authority to censor or unilaterally cancel the event based simply on viewpoint or because it may offend some students or lead to protests.

Berea’s actions are clearly viewpoint discriminatory, as the college allowed its student government association to screen a documentary about Ukrainian independence with a different perspective from “Ukraine on Fire.” As we told Berea, the college “may not appoint itself the arbiter of which views students can and cannot express, particularly on a topic of substantial global and political significance.”

Even if Berea’s excuse for pressuring BRAID’s advisor to cancel the event is that there could have been protests or disruption, the college makes clear commitments of expressive freedom to students, which means Berea must make “bona fide efforts” to protect expressive rights and respond “by other, less restrictive means” than canceling the event.

Speech cannot be punished just because it’s controversial or offensive, even during a turbulent time in history.

Unfortunately, this is not the only instance that FIRE has observed Berea censoring student expression this year — and it’s not even the only recent example concerning communism-related expression. In March, FIRE wrote to Berea after administrators infringed The Berea Torch’s expressive rights by demanding that the student publication cease posting flyers using communist imagery, which they deployed as promotion. The college also explicitly called on students and staff to boycott the paper.

FIRE understands that discussions of Ukraine and Russia are particularly sensitive, given Russia’s ongoing invasion of Ukraine. However, speech cannot be punished just because it’s controversial or offensive, even during a turbulent time in history. As the Supreme Court of the United States held in Papish v. Board of Curators of the University of Missouri, “the mere dissemination of ideas—no matter how offensive to good taste—on a university campus may not be shut off in the name alone of ‘conventions of decency.’”

FIRE will continue to defend the right of students and faculty to express controversial opinions on campus. If you’re facing sanctions for such expression, reach out and we may be able to help.