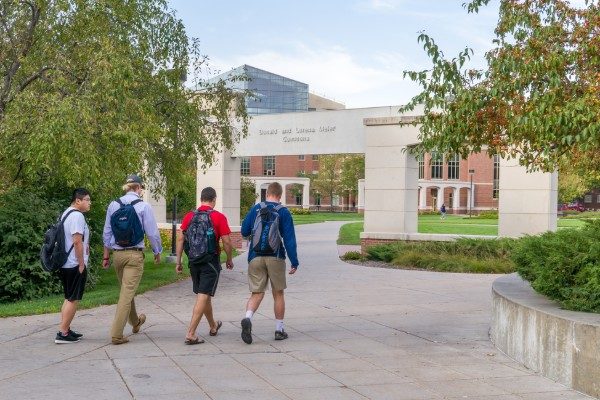 In yet another example of abusive open records requests targeting faculty for speaking out, an attorney with the Lincoln, Nebraska law firm of Keating O’Gara submitted a request to the University of Nebraska-Lincoln earlier this month for all university employee communications and documents related to conservative group Turning Point USA (TPUSA). The request highlights how burdensome open records requests can deter university professors from research, teaching, and expression.

The request stems from an article posted on a website about UNL TPUSA organizer (and Keating O’Gara client) Kaitlyn Mullen, which was posted on Seeing Red, a blog that “deliver[s] commentary on Nebraska politics from the left.”

The records request to UNL claims the article “disparages” Mullen and demands “all records (regardless of physical form) searched, viewed, created, maintained or archived” by several UNL professors “that reference Kaitlyn Mullen, RealKtMullen, Katie Mullen, Turning Point USA, and/or TPUSA from August 25, 2017 to the present.” The request also asks for all records of social media posts related to Mullen or TPUSA by the professors and lists several social media posts by the professors he again alleges were “disparaging” toward his client.

The sheer volume of documents subject to this broad request will be a severe drag on the time and resources of the professors subject to the request. The UNL Turning Point USA controversy has been raging for almost two years, with considerable ink spilled by both the defenders and critics of TPUSA’s role at UNL.

In a first-hand account of the serious impacts these requests have on professors, UNL professor Ari Kohen tweeted about how UNL combed through multiple computers with an algorithm that accidentally included pictures of his family and his tax returns, among other irrelevant, highly personal information. The process caused him to be late to one of his classes, as he was required to guide a UNL information technology staffer through his hard drives and browser histories.

I’m heading to class now but I’ll be very happy to answer questions you might have when I finish around 2pm.

Thanks for following along with Public Records Theater. I can’t promise this’ll be the final installment since we also have a document hold in anticipation of a lawsuit.

When open records requests are used to target university professors who speak out about controversial issues, it is likely to deter other professors from joining the discussion, lest they get hit with a wide-ranging request for their records. Although Nebraska protects some unpublished research and communications from disclosure, the law leaves much to be desired when it comes to protecting the academic freedom of professors, as it lacks a clear exception for private academic records. That incentivizes the proliferation of these kinds of intrusive, onerous requests to any academic at any public university who draws the ire of their critics.

Fortunately, there is a solution in the form of FIRE’s model exemption to open records laws. The exemption protects the private academic records of professors from forced publication, which preserves the salutary effects of open records laws while stopping chilling requests dead in their tracks. It upholds the right of public university professors to teach, research, and write without fear of an IT professional digging through their personal files.

Without this exemption, we will continue to see greater fishing expeditions into professors’ lives and more scholars bullied into silence.