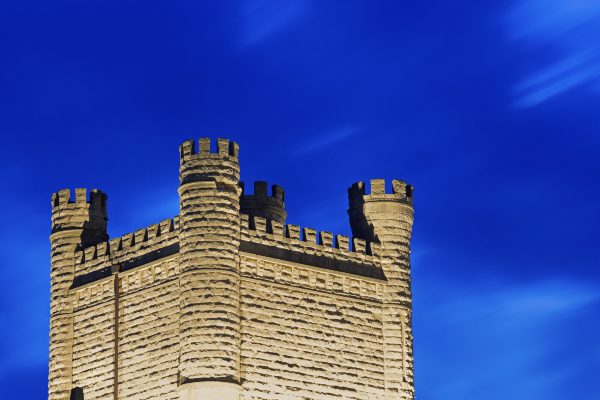 Most colleges and universities across the country have had their campuses closed for over a month now, but as their virtual spring semesters come down the home stretch, FIRE is keeping an eye on the ways restrictions on free speech can extend outside physical campuses. For that reason, Eastern Illinois University’s impermissibly broad “Sexual Harassment” policy — which could be applied on or off campus — is FIRE’s Speech Code of the Month for May.

Eastern Illinois’ policy starts out by broadly stating that “[s]exual harassment is unwelcome conduct of a sexual nature,” and that this “encompasses a wide range of conduct.” Well, that last part is certainly true — such a broad definition encompasses everything from a single off-color joke (which is likely constitutionally protected) to conduct that does constitute unlawful harassment (which isn’t).

Is there even a point in having a written policy at all, if administrators are able to take action when conduct doesn’t fall under the policy’s definition of prohibited conduct?

The policy explains that this unwelcome conduct becomes illegal when it is so severe or pervasive that it affects a student’s academic status, unreasonably interferes with a student’s academic experience, or creates an intimidating, hostile, or offensive educational environment (without defining those terms, I should note). But then the policy adds that the university “can and will address inappropriate behaviors even if those behaviors are not yet severe or pervasive.”

So students are essentially being told that behavior has to meet certain criteria before it constitutes unlawful harassment, but that the university will take action against just about anything that has been deemed “unwelcome” anyway, whether those criteria are met or not. Is there even a point in having a written policy at all, if administrators are able to take action when conduct doesn’t fall under the policy’s definition of prohibited conduct?

Of particular concern now, the policy goes on to state that sexual harassment “may consist of a variety of behaviors,” such as “offensive or inappropriate language or jokes (including electronic content)” and the vague and undefined term “cyberbullying.”

Eastern Illinois has been conducting all classes online since the end of its spring break in March, through the use of its online learning management platform, D2L Brightspace. If a student posts a comment that is viewed as subjectively offensive on that platform, they could be punished under this policy, whether or not that comment was a part of a pattern of conduct meeting the legal standard for hostile environment harassment. After all, administrators have the power to take action whether or not the behavior is severe or pervasive.

The threat this policy poses to protected speech, extending off campus to just about anything a student says or does online, is unacceptable, especially at a public university like Eastern Illinois.

Eastern Illinois must revise this policy so that it narrowly targets unlawful harassment. The Supreme Court set forth the controlling standard in Davis v. Monroe County Board of Education, providing that alleged harassment must be conduct that is “so severe, pervasive, and objectively offensive, and that so undermines and detracts from the victims’ educational experience, that the victim-students are effectively denied equal access to an institution’s resources and opportunities” in order to be punishable. Eastern Illinois must adjust its policy to better track this standard.

Furthermore, any offer of support Eastern Illinois makes to students who submit complaints about behavior that does not constitute sexual harassment must also clearly explain that disciplinary action will not be taken in response to such reports.