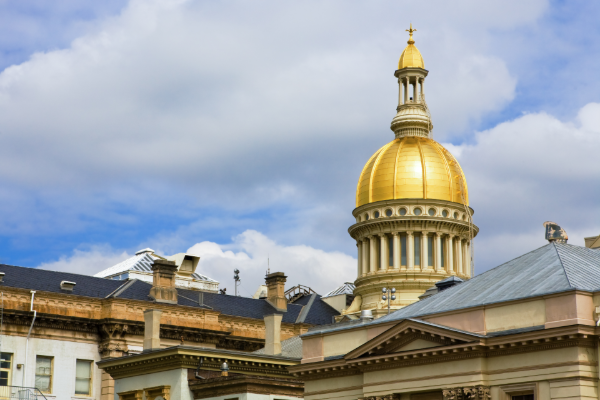 Misguided legislation aimed at the laudable goal of protecting students from anti-Semitism on college campuses was recently introduced in the New Jersey legislature.

The bill, S. 4001 — like similar legislation pending in Congress, and passed in Florida and South Carolina — defines anti-Semitism in a vague and overly broad way, threatening to silence a tremendous amount of protected speech concerning the Israeli-Palestine conflict. The bill reads:

(1)   calling for, aiding, or justifying the killing or harming of Jewish people, often in the name of a radical ideology or an extremist view of religion;

(2)   making mendacious, dehumanizing, demonizing, or stereotypical allegations about Jewish people or the power of Jewish people as a collective, especially, but not exclusively, the myth about a worldwide Jewish conspiracy or of Jewish people controlling the media, economy, government, or other societal institutions;

(4)   accusing Jewish people as a whole or the State of Israel of inventing or exaggerating the Holocaust;

(5)   accusing Jewish people of being more loyal to Israel, or to the alleged priorities of Jewish people worldwide, than to the interest of their own nations;

(6)   demonizing Israel by using the symbols and images associated with classic anti-Semitism to characterize Israel or Israeli people, drawing comparisons of contemporary Israeli policy to that of the Nazis, or blaming Israel for all inter-religious or political tensions;

(7)   applying a double standard to Israel by requiring behavior of Israel that is not expected or demanded of any other democratic nation, or focusing peace or human rights investigations only on Israel; and

(8)   delegitimizing Israel by denying the Jewish people their right to self-determination and denying Israel the right to exist.

Criticism of Israel that is similar to criticism toward any other country may not be regarded as anti-Semitic.

There are many obvious constitutional deficiencies with this definition. For example, what constitutes “a certain perception of the Jewish people”? That 100 different people would likely supply at least 100 different answers demonstrates the vagueness of that language.

“To defeat anti-Semitism and other forms of bigotry, we must foster a culture where people can discuss and debate their views openly. In such an environment, truly anti-Semitic attitudes will not prevail.”

One simple test of whether a statute engages in unlawful viewpoint-based discrimination prohibited by the First Amendment is to swap out the target of the speech regulated in the statute with a different subject. For example, this bill provides that “drawing comparisons of contemporary Israeli policy to that of the Nazis” is proof of anti-Semitic intent. Swap out “Israeli policy” with “North Korean policy” or “American policy” and exhange the term “anti-Semitic intent” with “racist intent” — and the viewpoint-based implications of only setting aside comparisons of Israeli policies to Nazi policies for punishment are evident. After all, it is irrelevant under the First Amendment whether a political argument is compelling. Whether one agrees with the argument or not, it would be unconstitutional to punish the assertion that America’s current border practices are Nazi-esque or that North Korean prisons are reminiscent of the Third Reich.

But even if the definition of anti-Semitism was changed to avoid the glaring vagueness and overbreadth problems, it would still be unwise, and perhaps unlawful, to define the term in the statute at all. There is good reason why our laws don’t define “racism” or “sexism,” instead relying on courts to evaluate discrimination claims in their individual contexts. If lawmakers were to define those terms, they would undoubtedly inject their political biases into the process. Whether support for affirmative action or opposition to affirmative action is racist, for example, must not be decided by legislative majority. Instead, whether those policies are discriminatory or necessary to defeat a legacy of discrimination must be carefully decided by courts. Defining anti-Semitism legislatively poses the same problematic dynamic of politicizing the concept.

Even setting aside the legal problems with addressing campus anti-Semitism through campus censorship, the approach is destined to fail. The spread of bigotry cannot be defeated by censorship. To the contrary, censorship tends to result in the creation of environments where people fearing official backlash for their views retreat to underground echo chambers where their prejudices are reinforced. Aren’t we better off knowing which people in the room are Nazis? After all, when loathsome views are out in the open, the public is more aware of the existence and prevalence of those views and more capable of guarding against those who may wish to act on their prejudices.

To defeat anti-Semitism and other forms of bigotry, we must foster a culture where people can discuss and debate their views openly. In such an environment, truly anti-Semitic attitudes will not prevail, as history has proven time and time again that the arguments for prejudice are unpersuasive. Legislators looking to combat the evils of anti-Semitism and other manifestations of prejudice should shy away from relying on censorship like that contemplated by S. 4001. Instead, lawmakers should embrace the same systems we use to address discrimination of other types. For more, check out my discussion of FIRE’s alternative, constitutional approach. FIRE is standing by to help legislators interested in combatting anti-Semitism through our constitutional framework.