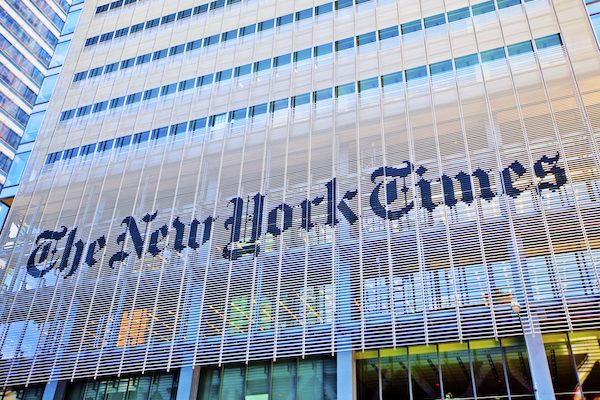 If you ask the average American if they think it is a “very serious” or “somewhat serious” problem that people do not speak freely due to “fear of retaliation or harsh criticism,” more than eight out of ten will answer yes.

That’s according to a new national survey commissioned by The New York Times and Siena College, which found that Americans are increasingly concerned that one of our fundamental civil liberties — freedom of speech — is under threat and in decline.

The survey, which was conducted from Feb. 9 to 22 and involved more than 1,500 respondents, found that 84% of Americans believe self-censorship is problematic, 46% of Americans feel less free to “talk about politics” than they did a decade ago, and only 34% of respondents said they believed that all Americans enjoy freedom of speech completely.

The results are remarkably consistent with what FIRE has found in its College Free Speech Rankings, a survey involving 37,000 students at 159 institutions conducted in partnership with College Pulse and RealClearEducation. FIRE’s survey found that 83% of college students find it necessary to self-censor on campus at least some of the time.

Americans by and large appear to long for a society where disagreements don’t turn into shouting matches and where people won’t lose their livelihoods for having the “wrong” opinion.

Another FIRE survey published in January found that nearly 6 in 10 Americans feel that our nation’s democracy is threatened because people are afraid to voice their opinions.

Moreover, another recent study shows that the number of Americans who report self-censorship has tripled since the McCarthy era.

“People should be able to put forward viewpoints, ask questions and make mistakes, and take unpopular but good-faith positions on issues that society is still working through — all without fearing cancellation,” the newspaper’s editorial board wrote today. “However you define cancel culture, Americans know it exists, and feel its burden.”

Although The New York Times editorial board largely focused on major findings from the poll, digging down into the individual questions and responses offers insight into how Americans feel on a host of free speech issues — and there’s significantly more bipartisan agreement than one might expect.

When it comes to engaging in disputes, a majority of Americans from across the political spectrum — Democrats, Republicans, and independents — said it is more important to politely state disagreements rather than use “social media platforms to call other people insulting names.”

Strong majorities also said that people they know would support “Teaching students in public schools the history of racism” and would also oppose book burning.

Majorities from both political parties also believe that most people they know would support speech questioning the scientific credibility of public health officials but would not support the speech rights of those willfully spreading misinformation about important public issues.

Perhaps the most revealing questions in the survey involve how Americans respond to speech in different settings. When it comes to personal interactions, most people still feel comfortable expressing themselves around friends, family, and in their community, but those numbers plummet when people get online, lending further credence to the theory that social media platforms are by nature or design toxic to human interaction.

* 58% of Americans feel our democracy is threatened because people are afraid to voice their opinions.

* 73% have heard of “cancel culture,” of which 60% think there is “a growing cancel culture that is a threat to our freedom.”https://t.co/2Clz24aZkj

That’s not to say that Americans agree on everything, or even that they agree with First Amendment precedent. For example, while much of the bipartisan agreement on free speech issues is encouraging, overwhelming majorities of Americans also believe that most people they know would “oppose a person’s right to engage in” flag burning, which the Supreme Court ruled in 1989 was protected political speech.

The ideological split among Americans only reveals itself on a handful of issues, according to the survey. When it comes to such things as “athletes using their fame to advance a political viewpoint,” or protesters using language like “defund the police” or “we have to take our country back,” Democrats and Republicans are split on whether people they know would support or oppose the speaker’s right. Similarly, when it comes to expressions about gender identity, Democrats feel more free to express themselves while Republicans feel the opposite.

So what’s the takeaway here? That, in addition to the legal architecture of free speech rights in American society, there is also an informal culture of free speech that people encounter in their day-to-day lives that is widely perceived to be under threat. Americans by and large appear to long for a society where disagreements don’t turn into shouting matches and where people won’t lose their livelihoods for having the “wrong” opinion.