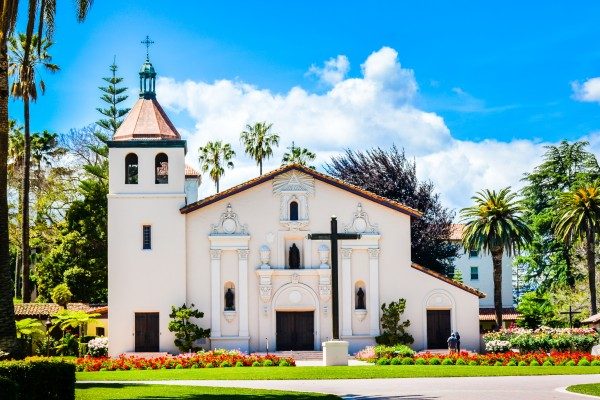 Banning the use of “degrading language” may at first seem appealing to some, especially on the heels of a divisive election that included a good deal of ad hominem attacks and hostile exchanges (don’t they all!). But who gets to decide what counts as degrading? 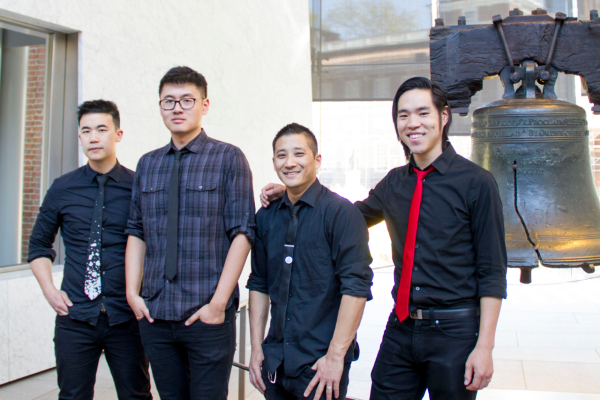 The Slants in front of the Liberty Bell.

Should a university administrator be able to decide if student speech is degrading and subject to punishment? Santa Clara University seems to think so, as it requires students to refrain from using degrading language. The policy is FIRE’s Speech Code of the Month for November.

Over the past several decades, the Supreme Court has made clear that speech may not be limited merely because it is found subjectively offensive. Recently, in Matal v. Tam, the Court considered the Lanham Act’s prohibition of the registration of trademarks that “may disparage … persons, living or dead, institutions, beliefs, or national symbols” with the United States Patent and Trademark Office. When Simon Tam and his band The Slants attempted to register their name as a trademark, their application was denied under the Lanham Act. (As an Asian-American group, they had chosen the band name in an effort to “reclaim” the anti-Asian slur and diminish its power.)

In finding the First Amendment prohibits the federal government from denying registration to “disparaging” marks, the Court explained the government cannot disfavor speech merely because it is found hateful. Justice Samuel Alito wrote:

But no matter how the [Government’s argument] … is phrased, its unmistakable thrust is this: The Government has an interest in preventing speech expressing ideas that offend. And, as we have explained, that idea strikes at the heart of the First Amendment. Speech that demeans on the basis of race, ethnicity, gender, religion, age, disability, or any other similar ground is hateful; but the proudest boast of our free speech jurisprudence is that we protect the freedom to express “the thought that we hate.”

To maintain this freedom, we cannot allow the government to dictate what is and is not demeaning or degrading. Though universities may intend to curb hateful and invidious language by adopting these policies, those concepts are entirely subjective, so a standard like this could be applied to restrict just about anything disfavored by the government.

Indeed, as Justice Anthony Kennedy pointed out, the Lanham Act provision would disallow the registration of marks like “‘Down with racists,’ ‘Down with sexists,’ ‘Down with homophobes,’ … or ‘Slavery is an evil institution.’”

In spite of this, too many public colleges bound by the First Amendment, as well as private colleges that promise students commensurate free speech rights, ban demeaning speech.

That’s precisely what Santa Clara University is doing with its ban on “degrading language.” Santa Clara is a private university not bound by the First Amendment, but it claims it “recognizes and supports the rights of free expression,” and states it “encourages the greatest possible degree of freedom for individual choice and expression.”

In its student handbook, the university explains it holds students responsible for committing to its “Statement of Community Values,” which includes the following pledge: “As a member of this community, I will value diversity and learn from diverse people, ideas, and situations.” The policy explains that “[l]iving this value is inconsistent with: … Using degrading language toward any person or toward members of a specific group.”

Beyond contradicting its own free speech promises, this sort of vague and broad standard is just plain impossible to enforce, since it could be used to demand punishment for just about any sort of expression. When a free speech controversy hits, Santa Clara administrators are left with a useless standard to guide their application.

Well-defined policies give a university a useful and clear guide when a free speech controversy hits, rather than leaving administrators to apply their own subjective standards or listen to the online mob.

Indeed, Santa Clara was recently in the news because one of its campus safety officers displayed a Blue Lives Matter emblem in the background of a diversity meeting. Students reportedly called for the officer’s firing, and the Santa Clara Multi-Cultural Center apologized for its failure to create a “safe space” for students.

As a staff member, this student policy wouldn’t apply to the officer. However, the incident demonstrates the basic problem with attempts at evaluating degrading content. While some may find a Blue Lives Matter emblem offensive, others may feel the same way about a Black Lives Matter emblem.

Instead, the university should narrow its policies that regulate expression, including this ban on degrading language, so that they only proscribe speech that is not protected under the First Amendment standards the university claims to uphold. Well-defined policies give a university a useful and clear guide when a free speech controversy hits, rather than leaving administrators to apply their own subjective standards or listen to the online mob.

And while the university may certainly choose to encourage students to strive for a particular set of values, it must clearly present this set of values as aspirational guidelines, rather than a mandatory speech code. Without doing so, the university risks chilling the free speech it claims to recognize.

As always, FIRE’s Policy Reform team stands ready to assist Santa Clara and all other universities in revising their policies so that they better meet First Amendment standards.