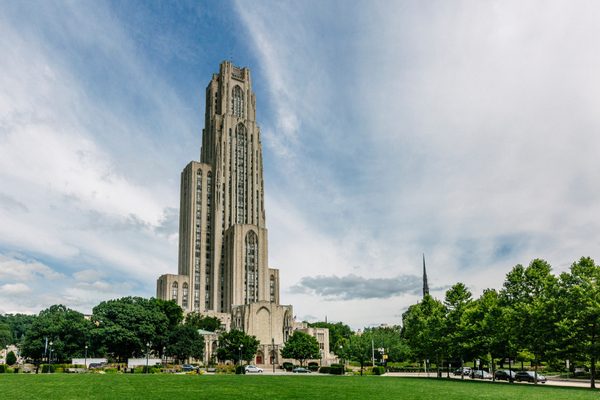 It’s not too often that FIRE comes across a public university — bound by the First Amendment — that puts in writing that it is motivated to discipline a faculty member merely because it disagrees with their opinions. But at the University of Pittsburgh, the administration made it crystal clear to a professor that his teaching privileges were revoked because of its “deep disagreement” with his viewpoints expressed in an academic paper. Now, Pitt faces a First Amendment lawsuit over its hamfisted attempt to silence academic discourse.

This legal brouhaha began on March 24, 2020, when associate professor of medicine Norman C. Wang published an article discussing the demographics of the cardiology workforce. Wang’s arguments supporting the “academic mismatch” criticism of student diversity initiatives soon attracted sharp criticism from medical practitioners. This prompted Pitt to inform Wang — in writing — that “[d]ue to your recent publications, expressed beliefs and your ongoing stance to defend them . . . we can no longer have you serve in any medical education role in the institution.”

Pitt’s clumsy attempt to camouflage its censorship in baseless academic dishonesty accusations did not fool Wang or FIRE.

The university administration also took the drastic step of calling on the journal to retract Wang’s paper, citing largely unspecified “misconceptions,” “misquotes,” “inaccuracies,” and “misstatements” that purportedly “void the paper of its scientific validity.” Despite not providing a full account of these alleged inaccuracies, the journal acquiesced.

Pitt’s clumsy attempt to camouflage its censorship in baseless academic dishonesty accusations did not fool Wang or FIRE. Even today, almost half a year after punishing Wang, Pitt has not substantiated its academic dishonesty allegations or brought academic misconduct charges against him. Pitt’s actions appear wholly divorced from its robust policies and procedures for resolving such disputes, which require — at the very least — affording Wang an opportunity to be heard prior to punishment. The university’s actions apparently rest entirely on its “deep disagreement” with Wang’s “expressed beliefs” rather than any good faith objection to his academic integrity.

Pitt’s futile efforts to justify punishing Wang in violation of his First Amendment and academic freedom rights earned the university an investigation by the United States Department of Education in October, followed by a lawsuit seeking Wang’s reinstatement filed by the Center for Individual Rights in December. It also earned the university a FIRE letter today calling for the university to rescind its punishment of Wang over his academic writing.

FIRE is glad to see Wang fighting Pitt’s egregious abdication of professors’ rights to pursue academic discourse. Faculty members are free to vehemently criticize each other’s work — such disagreement represents the back-and-forth of academic discourse, and the expected result of publishing controversial literature. The university’s administration, however, as the guarantor of academic freedom, must defend its professors’ expressive rights against calls to punish them for their academic writings. Instead, Pitt cited unfounded academic misconduct claims to cover up how it stripped Wang of his teaching role solely because it disagreed with his opinions.

Pitt faculty deserve better than being thrown under the bus for expressing controversial viewpoints. FIRE urges Pitt to recognize its professors’ First Amendment freedoms, and commit to upholding these rights when challenged.

You can read the Wang’s full lawsuit here: