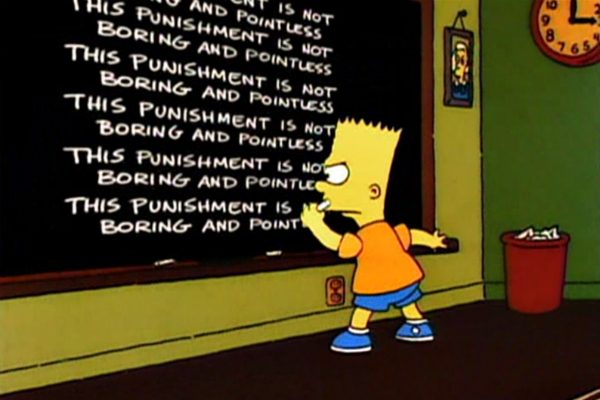 Unfortunately, bias incident reporting policies are common at colleges and universities across the country, but they’re not all made alike — there’s a wide range in how schools define bias incidents, as well as how they say they’ll respond to them. Mount Holyoke College, a private liberal arts school in Massachusetts, misses the mark on both counts. Its policy defines the term so broadly that it includes a great deal of protected speech, and says students could be subject to a wide range of intimidating punishments, from a “mandatory educational project” to “required withdrawal.” As a result, the policy is FIRE’s Speech Code of the Month for September.

Mount Holyoke’s “Bias Incidents” protocol defines bias incidents as “acts of bigotry, harassment, or intimidation” — including “[h]ostile or hateful speech” —  directed at an individual based on a particular characteristic. Unlawful harassment and intimidation are not protected under First Amendment standards, but “acts of bigotry” is a term with no legal definition, and “[h]ostile or hateful speech” is nonetheless constitutionally protected, unless it is a part of conduct that does meet one of the First Amendment’s few and narrow exceptions.

A whole lot of speech that’s protected under First Amendment standards — from BDS advocacy to Black Lives Matter protests — could be subjectively seen as hostile or hateful about a particular characteristic and punished under this policy But the college’s protocol “encourages the reporting of all such situations,” and says that “[t]ypically Campus Police should be the first point of contact.”

As a private institution, Mount Holyoke isn’t legally bound to uphold the First Amendment, but the college does promise its students free expression, saying in its student handbook that “[a]n individual’s right to free speech, free movement, free association, peaceful assembly and orderly protest extends to every member of the College.” By maintaining such a broad bias incident policy, the college fails to live up to this commitment.

Worse still, the college is exceedingly vague about what sorts of incidents will result in various types of punishment, merely saying:

The range of outcomes depends on the outcomes of the investigation into the case and which courses of action the target chooses to pursue (i.e. none, informal grievance, formal grievance, Council on Student Affairs, Student Disciplinary Process through the Dean of Students Office, legal remedies). Outcomes may include, but are not limited to: a letter of reprimand, mandatory educational project, social probation, suspension, required withdrawal, and inconclusive findings.

As a result, students reading the policy have no choice but to assume any potentially controversial speech could result in being forced to write a contrived essay about their wrongdoing, or even expulsion.

So what sits on the other end of the spectrum? We’ve held it out as an example before: Stetson University’s “Bias Education & Support Team” policy. The policy narrowly defines bias incidents as “threats or acts of harassment or intimidation” directed at individuals on the basis of a particular characteristic — conduct that is not protected under First Amendment standards. As for potential outcomes, the policy makes clear that its purpose is not to investigate or punish students over bias incidents, but rather to provide “impacted parties opportunities to be heard and supported.” Importantly, the policy says that all parties’ participation in educational dialogue is “optional,” unlike Mount Holyoke’s “mandatory” education projects.

In a question and answer portion of its protocol, Mount Holyoke provides the following advice for what students can do to make a difference regarding bias incidents:

Speak out when jokes or comments are made that are hateful or demean others because of perceived age, color, creed, disability, ethnicity, gender, gender identity/presentation, marital status, national origin, race, religion, sexual orientation, social class, veteran status, or any combination of these or related factors.

This approach is, in fact, what the college should be advocating for on the whole! Instead of encouraging the reporting of hateful speech to the campus police, students should be encouraged to use their own speech to combat it. And setting the censorship concern aside, a “more speech” approach like this is far more likely to change minds than coerced, mandatory education projects.

Mount Holyoke must revise its policy so that it narrows the definition of bias incidents, and/or clearly provides that the protocol will not be used to investigate or punish speech that is protected under First Amendment standards. Until then, the college fails to live up to its sweeping free speech promises.