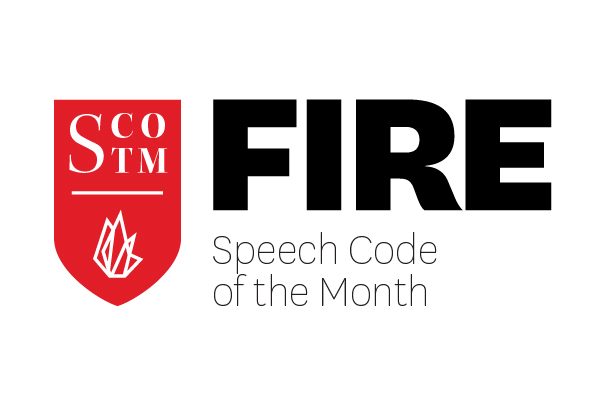 Students and faculty at Sacramento State University are returning to campus this fall to find a chilling new policy that subjects them to potential investigation and punishment over any speech someone thinks was motivated by bias. Faculty have already sounded the alarm, and FIRE has made the Bias Incident Reporting policy our Speech Code of the Month for September.

We’ve seen plenty of broad definitions of “bias incidents” in bias reporting policies, but Sacramento State’s is notably so, as it directs individuals to report anything “a person does, says, or expresses that is motivated by bias related to one or more identities, such as citizenship, disability, ethnicity, gender, national origin, race, sexual orientation, or more” to campus authorities.

The breadth of that definition means even positive expression that was motivated by bias related to a particular identity could qualify. Something innocuous as the schoolyard chant “girls rule, boys drool” or the act of cheering for a particular nation in the Olympics could be deemed expression motivated by bias with regard to an identity, which illustrates the amount of protected speech swept in by this policy. 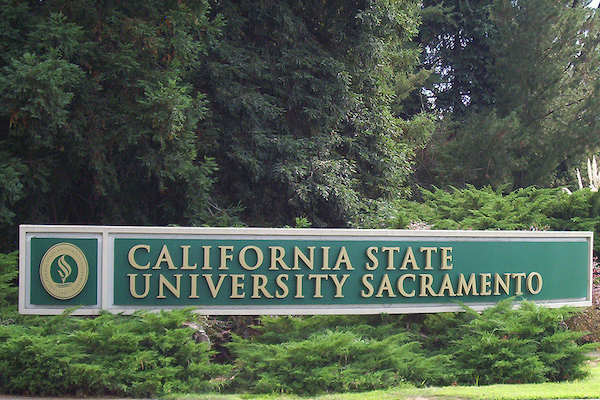 Worse still, what happens following reports of protected speech is unclear. The policy states that every student, faculty, and staff member deserves an environment “in which individuals can share their perspectives knowing that identity-based attacks are out of bounds,” and that the university will “address the incidents.” Though non-specific, stating in official policy that certain speech is “out of bounds” and that it will be addressed by the university sure makes it sound like there will be real consequences, regardless of whether that bias incident constitutes protected speech.

Later in the policy, some potential outcomes are listed, ranging from removal of “flyers” to the initiation of a “campus judicial response” and even referral to law enforcement. Whether protected speech that is deemed to be motivated by bias will be subject to these outcomes is not specified.

Yet investigation into protected speech — even if it does not result in formal punishment like a campus judicial response — can cast a chilling effect on expression. And FIRE’s experience demonstrates the breadth of protected expression that can be subject to investigation under bias reporting policies, from flyers mimicking Israeli eviction notices to Palestinians to a student’s criticism of another student during a public debate over whether their university should cut ties with Chick-fil-A.

The only time the policy alludes at all to free speech or academic freedom rights comes in the policy’s definition of a hate crime, in which it explains: “Racial epithets or other forms of derogatory words directed at individuals from a protected class that do not include a threat of harm or criminal offense are considered protected speech and not a hate crime.” A similar explanation is not provided under the definition of a bias incident, even though the exceedingly broad definition includes a good deal of constitutionally protected speech.

Sacramento State would do well to adopt a similar revision in order to communicate to students and faculty that the university will not wield this policy to infringe on their free speech rights.

The policy — which applies to both students and faculty —was adopted just a few months ago, but it has already caused concern. One member of Sacramento State’s faculty recently approached FIRE to share these concerns, explaining that faculty were not consulted prior to implementation of the policy, and that numerous faculty are already considering abridging their classes as a result of its chilling effect. The faculty member added the point that, while the policy was adopted as a part of the university’s recent antiracism efforts, it can be applied against any speech deemed objectionable.

FIRE’s recent Scholars Under Fire report demonstrates that efforts to target collegiate scholars over their expression have increased significantly in recent years, quadrupling since 2015. This policy, which allows users to submit anonymous reports, could easily run up the numbers even further if it is used by those who wish to harass or burden faculty who hold controversial views or study controversial topics with investigations or punishment.

Sacramento State is not without options here. It could narrow the definition of bias incidents drastically to only include speech or conduct that isn’t protected by the First Amendment, like threats and harassment. It could also keep the definition broad, but make clear that the policy’s purpose is solely to offer support to those who have experienced bias incidents on campus, and that those responsible for incidents that constitute protected speech will not be subject to investigation or punishment.

FIRE recently worked with San Francisco State University, a fellow member of the California State University system, to suggest changes to its bias incident reporting policy along those lines. San Francisco State’s policy still provides the same, broad definition of bias incidents as the Sacramento State policy, but it was revised to provide a clarification right in that definition that bias incidents may constitute protected expression. San Francisco State’s policy further notes that the bias reporting team’s role on campus is “educational,” that the team “does not have a role or capacity to discipline or sanction anyone connected to reports submitted,” and that “no one is required to meet with the team.”

Faculty members at this or any other institution who face punishment over their expression should submit a case to FIRE’s recently launched Faculty Legal Defense Fund.

Sacramento State would do well to adopt a similar revision in order to communicate to students and faculty that the university will not wield this policy to infringe on their free speech rights. Until it does so, a chilling effect on expression threatens to stifle the campus, as students and faculty are left to assume any remotely controversial expression could land them in trouble. FIRE stands ready to assist administrators at Sacramento State, as well as any other institution considering policy reform, with these revisions.

In the meantime, faculty members at this or any other institution who face punishment over their expression should submit a case to FIRE’s recently launched Faculty Legal Defense Fund, a program offering “first responder” assistance in protecting the First Amendment and academic freedom rights held by faculty at public colleges.