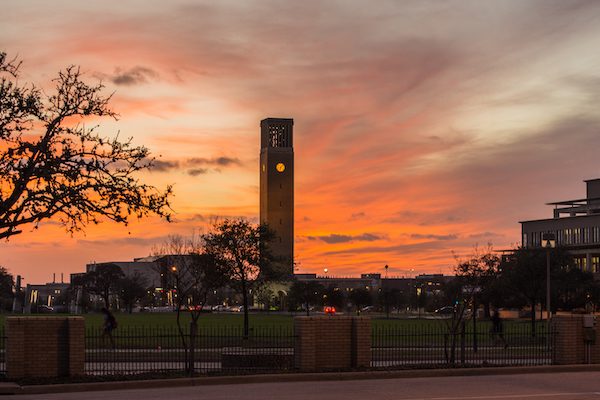 A reported administrative takeover of Texas A&M University’s Fish Camp — a student-run camp for incoming Aggie freshmen — is the latest in a string of serious infringements on students’ expressive and associational rights this year. Unless TAMU changes its censorious and unconstitutional tactics, it likely won’t be the last.

Two student-run initiatives — Draggieland, a student-run drag show, and the Fish Camp  pre-orientation program run by the same-named registered student organization — have been targeted in the last few months. And that’s after TAMU’s take-over attempt of The Battalion student newspaper that we wrote about back in February.

In terms of long-standing reputation and tradition, Fish Camp stacks up to The Battalion. The student-run Fish Camp orientation has annually welcomed thousands of incoming freshmen to campus for over 60 years. As with The Battalion, administrators are now trying to take over.

Denying university sponsorship to student groups or events based on viewpoint violates students’ expressive rights under the First Amendment.

TAMU has imposed several measures to wrest control of the camp from students, including not only insisting upon approval of its leadership selections, but even rewriting the camp’s values from “development, integrity, compassion, unity, continuity, outreach, and diversity” to “respect, excellence, leadership, loyalty, integrity, and selfless service.” Most recently, administrators targeted language on the camp’s website — changing “Fish Camp is a student organization” to “Fish Camp is a university extended orientation program supported by the student organization, Fish Camp” — which suggests the attempts to bring the camp under university control will not stop there.

Draggieland, on the other hand, has faced something of the opposite from TAMU, with administrators distancing the university from the event — while the university allegedly holds onto thousands of dollars of the group’s rightfully earned money. For the past two years, the student-run drag show received sponsorship from Memorial Student Center Town Hall, which provides administrative and financial support to student-organized entertainment. Yet in the fall of 2021, administrators informed students MSC Town Hall would not sponsor Draggieland 2022. This decision barred the event’s organizers from access to thousands of dollars of previous years’ profits and forced several LGBTQ student groups to band together to fundraise for the event independently.

Aggies were screaming like Swifties at a Taylor Swift concert when “Draggieland” opened for a sold-out crowd at @TAMU.

But the glittery celebration of art and inclusivity stood in contrast to the events that preceded it.
✏️@sam_kett
📷@egconley
➡️https://t.co/LkRUizMTU2 pic.twitter.com/akuHKNkAZv

What TAMU is doing to Fish Camp and Draggieland shares a common thread: viewpoint-based discrimination by university administrators who have provided little to no explanation for these decisions, or what interests they serve. It cannot go unnoticed, however, that this has come amid concerns that alumni groups who have close relationships with administrators, and who claim to seek “a renewed focus on Aggie traditions and history,” have pressured TAMU to make these changes.

On April 22, we wrote TAMU asking it to explain why Draggieland lost sponsorship and to ensure that MSC Town Hall makes future sponsorship decisions fairly and without regard to groups’ or events’ viewpoints. And we wrote again yesterday, asking it to explain the burdens it has placed on Fish Camp, and demanding that administrators cease any further attempts to take over the camp.

As we wrote in our Draggieland letter, denying university sponsorship to student groups or events based on viewpoint violates students’ expressive rights under the First Amendment. TAMU administrators have not provided a satisfactory explanation confirming that viewpoint was not a factor in the decision and affirming students’ First Amendment rights. And as we explained in our letter yesterday, hostile takeovers of student groups violate those student members’ First Amendment right to expressive association and cannot stand without a compelling university interest.

As an institution earning FIRE’s highest, green light rating for written policies impacting student expression, TAMU should know better, especially after we just reminded the public university of its obligations under the First Amendment a few months ago in connection with The Battalion.

Given the absence of a contrary explanation for the administrative decisions concerning both Draggieland and Fish Camp, TAMU students are left to assume the university is discriminating against these organizations based on their views. This practice violates the First Amendment, and we will continue to pressure TAMU administrators to meet their legal obligations in recognizing students’ most basic constitutional rights.