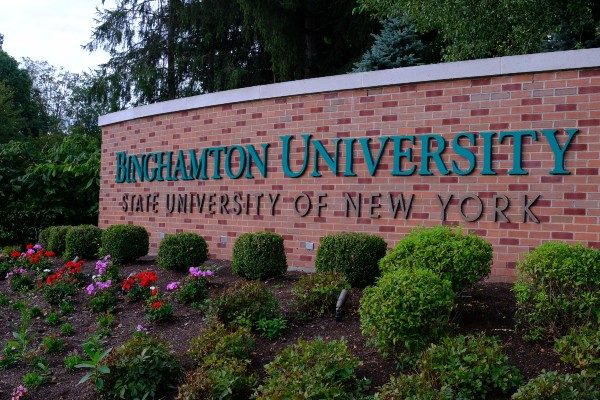 The State University of New York at Binghamton rescinded a proposal to suspend Greek life organizations “connected in any way to a sexual assault case” and promised to uphold the due process rights of its student groups. The university’s move comes after a FIRE letter criticizing the proposal.

FIRE’s Jan. 8 letter to SUNY Binghamton described our serious concerns about the university’s plan to “suspend campus recognition of Greek life organizations that are connected in any way to a sexual assault case, immediately at the time that the sexual assault is reported, with permanent removal of recognition to follow an investigation supporting the report.”

The university also noted “victims groups” had criticized the policy, “advis[ing] it would tend to discourage reporting.”

For one, the broad scope of the proposed rule — mandating automatic suspension for groups “connected” to accusations of sexual misconduct — would have eviscerated the core due process principle that students be afforded an opportunity to be heard and dispute allegations prior to punishment.

Additionally, in SUNY Binghamton’s Jan. 12 response to FIRE agreeing not to enforce the policy, the university also noted that “victims groups” had criticized the policy, “advis[ing] it would tend to discourage reporting.” This underscores another issue with the defeated proposal: By its very language, student groups may find themselves suspended merely for reporting sexual assault. Such a policy could ultimately harm efforts to address sexual assault by causing victims to refrain from reporting their assailants, as it would trigger the suspension of an entire group of otherwise innocent students or the victim’s associates.

In a victory for students’ rights, SUNY Binghamton assured FIRE that this proposal “is no longer under consideration for implementation.”

SUNY Binghamton’s rightful rejection of this proposal shows how clear rules that protect due process are vital to any university policy addressing sexual assault. The goal of due process is not to shield accused students from accountability, but to ensure disciplinary hearings achieve results based on an accurate and impartial presentation of the facts. This truth-seeking function is the crux of why due process must be upheld, especially when the allegations concern serious, and potentially criminal, misconduct.

The principle that student due process need not come at expense of other university obligations, such as addressing criminal conduct on campus, is best encapsulated by FIRE’s Model Code of Student Conduct, which contains comprehensive and adaptable campus disciplinary procedures that are both protective of students’ rights and compliant with universities’ legal obligations. Any institution seeking to uphold due process should consider adopting its provisions.

FIRE is glad to see SUNY Binghamton stand up for the due process rights of its students, and we stand ready to help other universities do the same as they revise their disciplinary policies and procedures.