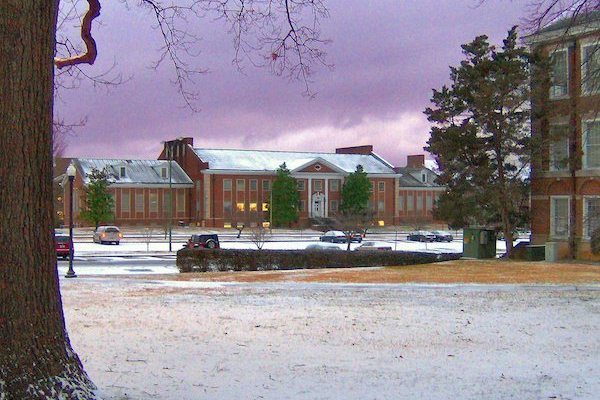 Refusing to bend the knee after suffering punishment over their Game of Thrones parody flyers, two professors at Tennessee Technological University are suing their university in federal district court for violating their First Amendment rights. Their Oct. 5 lawsuit represents the latest clash of cavalry between university administrators’ censorship and faculty standing up for their right to criticize public officials and groups.

FIRE wrote about this battle in April, describing how Tennessee Tech professors Julia Gruber and Andrew Smith created a flyer criticizing professor and Putnam County Commissioner Andrew Donadio after a dispute over a failed effort to rename a Putnam County middle school’s mascot. The professors also criticized Donadio’s role as advisor of the university’s chapter of the conservative campus political group Turning Point USA. The flyers created and distributed by Smith and Gruber in February depict Donadio sitting on the Iron Throne from HBO’s Game of Thrones and holding a sword, with text criticizing TPUSA as a “national hate group.” The flyers highlight the group’s “Professor Watchlist,” adding that Donadio and TPUSA were “on our list” because their “hate and hypocrisy are not welcome at Tennessee Tech”:


(The flyer’s assertion that “Hate Speech Is Not Free Speech” is incorrect: There is no categorical exception for “hate speech” or expression others view as hateful or bigoted. But the First Amendment protects even speech that would urge less — or no — protection for speech.)

However, the university failed to show the flyers amounted to unprotected harassment, threats, or intimidation — each of which has a narrow legal definition. Administrators produced no evidence of any substantial campus disruption, and Donadio himself conceded that as an elected official, he “can take the heat.”

As FIRE explained in our Aug. 18 letter to the university, these flyers are core political expression meriting the highest level of First Amendment protection, as they criticize an elected public official and a political student group. Far from unprotected harassment or true threats, the flyers are the expression of private citizens on matters of public concern, rendering them protected under the First Amendment. While they may make some students or Donadio uncomfortable or angry, state law explicitly bars its public universities from using “concerns about civility and mutual respect” as a justification for limiting expression, “however offensive, unwise, immoral, indecent, disagreeable, conservative, liberal, traditional, radical, or wrong-headed” that speech may be to “students or faculty.”

FIRE urges the court to hold Tennessee Tech accountable for violating the constitutional rights of its faculty.

All fell on deaf ears as Tennessee Tech — despite warnings from FIRE — found Gruber and Smith responsible for the misconduct charges. Tennessee Tech banned them from serving as faculty advisors for campus groups, receiving salary increases for one year, or going on study abroad trips; and also stripped the professors of eligibility for merit-based bonuses and grants, among other sanctions.

Smith and Gruber decided to call their banners. Their lawsuit, filed Oct. 5, asks a federal district court to find that Tennessee Tech unlawfully retaliated against them for their protected expression, and seeks monetary damages as well as a recission of all university punishment.

Litigation represents the last resort for faculty willing and able to stand up for their rights, and this lawsuit squarely presents the fundamental First Amendment freedom to criticize public issues, individuals, groups, and events. If Tennessee Tech proves unwilling to cede the battlefield through settlement, FIRE urges the court to hold Tennessee Tech accountable for violating the constitutional rights of its faculty.