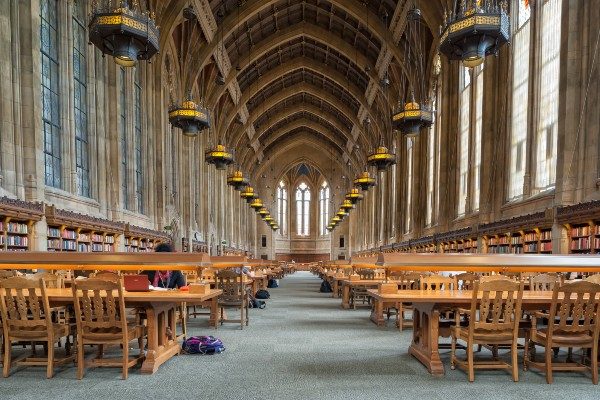 As the country reckons with the reverberations of the May 25 murder of George Floyd, students nationwide are calling attention to their classmates’ racially offensive social media posts and asking for action. In response, colleges and universities are launching investigations, imposing discipline, and — for graduating high school seniors preparing to attend college in the fall — rescinding offers of admission.

It is easy to understand the anger. Many of the targeted posts are flatly racist. Even so,  colleges and universities should only rescind a student’s admission in narrow circumstances — if the post is a true threat of violence, for example, or falls into one of the carefully defined categories of unprotected speech.

This feels counterintuitive, as civil liberties principles often do in application. People are angry; the speech is ugly. Setting aside the legal questions, why shouldn’t a college revoke an offer of admission because it believes the student to have racist views?

Because rescinding admission lets both the college and the student off easy.

Colleges and universities are uniquely prepared to introduce students to the worldviews and experiences of others who have lived lives very different from their own — indeed, they are designed to do so. Confronting new ideas and reevaluating one’s own is the point of a liberal arts education. For many, this will be transformative. For those students who have authored racist social media posts, it may be especially so. Rescinding admission stops the educational process before it has started.

It is true that there is no guarantee that a college education will change a young person’s mind on matters of race or discrimination. But it is far more likely to do so than the other life paths available to a newly exposed and embittered 18-year-old. It is also true that granting a student who is a determined racist an opportunity for human understanding may represent far more generosity than he or she has afforded black Americans. But there is demonstrative power in allowing a young racist to realize as much, and to learn why his or her words offended and hurt others. A college education may serve as a powerful “call-in,” and colleges are well-equipped to do more lasting work than a social media call-out.

Daily life at college after being identified as the author of offensive social media posts may well be difficult. Social sanctions against racism are real and powerful. But that’s how freedom of expression works. There’s no right to be free from offense; likewise, there’s no right to be free from criticism. Free speech protects racist speech. It also protects identification and criticism of racist speech. The student’s beliefs will be challenged, and if the student remains committed to racism, it will not be because that commitment was without serious consequences.

What about the law?

For enrolled students, the legal analysis is straightforward. The First Amendment protects a great deal of speech that many find deeply offensive, including hateful speech. This is for good reason: we can’t trust those in power to define what speech may be punished without critically endangering dissent.

Public universities are bound by the First Amendment. They can’t punish a student for a racist Snapchat post unless it falls into one of the carefully defined categories of unprotected speech. Likewise, the many private universities that make clear promises of freedom of expression to their students can’t abandon those promises in the face of criticism without rendering them worthless.

Racist speech is not uniformly protected. Colleges and universities that receive federal funding are legally obligated under Title VI of the Civil Rights Act to prohibit and take action against discriminatory racial harassment, properly defined. Again, this standard is high for a reason; a lower standard would endanger a great deal of artistic and political expression, including speech intended to criticize racism. The racism contained in many of the social media posts targeted over the last few weeks would not meet it.

What about offers of admission? As I noted a few years back in discussing Harvard’s rescission of admission offers to students who had participated in a Facebook memes group that included racist and sexually explicit images, enrollment is a contractual agreement between college and student. The college may condition an offer of admission on certain standards being met prior to formal enrollment or the payment and acceptance of a tuition payment. Harvard, for example, reportedly warned the admitted students that the College “reserves the right to withdraw an offer of admission under various conditions including if an admitted student engages in behavior that brings into question his or her honesty, maturity, or moral character.”

These are broad provisions, and there is a question about whether they would be lawful if maintained by a public college or university bound by the First Amendment instead of a private institution like Harvard. Some applications of a clause like this by a private institution might also raise questions of law. But in either case, once the student has matriculated, his or her speech from then on should be judged by the First Amendment (at public institutions) or the institution’s promises of free expression (at private colleges and universities).

The fundamental question is how we should treat young adults who have expressed hateful views. Shunning them may be a rational individual response, and is itself an expressive or associational act protected by the First Amendment. But institutions committed to education should not allow themselves that easy out, or deny such a student a chance to actually examine his or her own views. As one university’s recent statement sagely noted, “Education is a daily confrontation with ignorance.” If we stop believing in the power of words and education to change minds and push us further along towards greater understanding, tolerance, and a more perfect union, democracy is in real trouble. Like democracy itself, the First Amendment isn’t easy, but the alternatives are worse.

A college shouldn’t change its mind about a student before the student has had a chance to change her mind about the world.