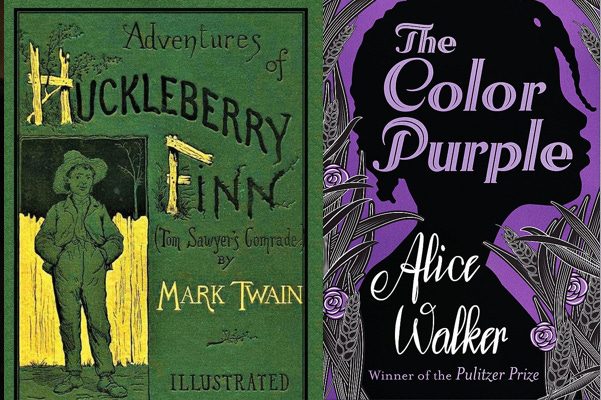 The professors faced varying levels of discipline — ranging from a warning to termination — after students complained about the presence of the racial slur, “nigger,” in course texts. Government professor Christopher Nadon is under investigation for quoting “Huckleberry Finn” during a class discussion of literary censorship. Literature professor Robert Faggen was warned after playing a recording of Robert Lowell reading his Civil Rights Movement-era poem “For the Union Dead,” which contains the slur, that while playing the recording was permissible, Faggen himself should not utter the word. And after adjunct literature professor Eva Revesz taught the book and film versions of “The Color Purple,” and read portions of the text containing the word in her cinematic adaptations class, she was told the department’s needs had changed, her scheduled classes for the following semester would be canceled, and her contract would not be renewed.

Nadon was shocked to learn administrators removed him from introductory courses he had taught for years.

These actions stand clearly at odds with Claremont McKenna’s repeated emphasis of its support for academic freedom and free speech rights on campus. The college has adopted the Chicago Statement, which FIRE considers the gold-standard commitment to free expression on campus for both students and faculty. FIRE has also lauded the college in the past for its policies governing student speech, both with our highest, “green light” rating for speech-protective policies and the number one spot in our 2021 College Free Speech Rankings, which polled students on their views about how well their college embraces free expression.

Quoting racial slurs in a pedagogical context is very familiar ground for controversies surrounding academic freedom. That’s why FIRE wrote the college yesterday, explaining that to live up to these commitments, it cannot punish faculty who teach controversial material or unduly influence how they choose to approach these subjects.

In June 2021, Nadon emailed with an administrator ahead of teaching a freshman seminar that included reading “Narrative of the Life of Frederick Douglass.” Nadon made clear the work “contains the word nigger in several key passages that need to be discussed in class to explain the work,” to no objections from the administrator, who even thanked Nadon and encouraged him to submit his recommendations for a student book club.

In October, a different administrator emailed Nadon informing him that a student had reported serious concerns about one of Nadon’s classes but did not want to file a complaint against him. Nadon requested more information about the concerns in writing, but the dean’s office refused and instead insisted that Nadon attend a meeting, only later acquiescing to Nadon’s request that the dean’s office also inform him of the concern in writing.

The dean’s email listed three claims about Nadon: His explicit use of the slur when discussing the censorship of the book “Huckleberry Finn,” his discussion with a student over the book’s use of the word, and that he allegedly compared the Black Lives Matter movement to the Nazi Party. To date, no formal complaints have been filed against Nadon.

The following semester, Nadon was shocked to learn administrators removed him from introductory courses he had taught for years. Those privileges were restored after he filed a grievance with the college.

At around the same time elsewhere on campus, Revesz was an adjunct literature professor teaching a “Cinematic Adaptations” course when a student accused her of insensitivity on similar grounds. During her course, which involved teaching students both the literary and cinematic versions of “The Color Purple,” Revesz quoted a portion of the book containing the racial slur. She apologized to the student and later reiterated her apology by email.

A faculty member’s right to navigate difficult subjects like America’s painful history of slavery and racial oppression is well within the university’s published commitment to academic freedom.

Revesz’s students still reported her to administrators, who summoned her to multiple meetings, then strongly urged that she attend a sensitivity training counseling session, which she completed. But as summer got underway, Revesz learned her teaching assignments for the upcoming fall semester were canceled — even though the college had already scheduled the class and assigned a classroom— allegedly because her department’s needs had changed.

Around the same time, Faggen faced a similar controversy after playing a recording of a Civil Rights Movement-era poem “For the Union Dead.” After a student objected to listening to the slur in the poem, Faggen met with Claremont McKenna’s Associate Vice President for Diversity and Chief Civil Rights Officer Nyree Gray,​​ who informed Faggen that while it was acceptable to play a recording of the word, it would be unacceptable for the professor to say it.

To be sure, FIRE has not been shy about praising Claremont McKenna in the past when its policies put supporting faculty and student rights front and center. But as we wrote in our letter addressing these recent events: ​​

A faculty member’s right to navigate difficult subjects like America’s painful history of slavery and racial oppression is well within the university’s published commitment to academic freedom. CMC is bound to honor those commitments. Material that is pedagogically relevant to controversial topics may include words, concepts, subjects, or discussions that some, many, or most students find upsetting or uncomfortable, including discussion of America’s fraught and unresolved history of racism and discrimination. Faculty members confronting and examining that history must be free of institutional restraints in navigating these issues. Punishing faculty who exercise their rights by quoting pedagogically relevant material contravenes clear CMC’s clear, First Amendment-like commitments.

When Claremont McKenna took the top spot in FIRE’s 2021 College Free Speech Rankings, college president Hiram Chodosh observed that difficult discussions are to be expected, and welcomed, on a college campus.

“We can learn from our disagreements to reach stronger levels of shared understanding,” he said. “This is how responsible people serve and lead others—not through the sheer exercise of power, but through active listening, open inquiry, and the power of persuasion.”

This principle remains true and is enshrined in Claremont McKenna’s policies. The college must ensure its administrators are putting them into practice.