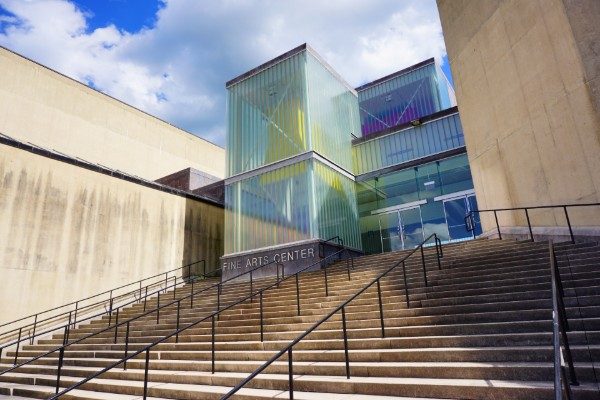 This afternoon, a Massachusetts court heard initial arguments in a lawsuit that seeks to compel the University of Massachusetts at Amherst to cancel an upcoming panel discussion concerning “the increasingly vitriolic debate over U.S. support for Israel.” The lawsuit is the latest example of an attempt to use the State Department’s definition of anti-Semitism — and confusion over whether it has been adopted by the Department of Education’s Office for Civil Rights — as a legal argument for campus censorship.

While the court has not yet ruled, one lawyer in attendance reported that the judge was “unimpressed with the bid to censor the event.”

The event, titled “Not Backing Down: Israel, Free Speech, and the Battle for Palestinian Human Rights,” is set to take place May 4 on UMass’ campus, and features speakers including Pink Floyd’s Roger Waters, political activist Linda Sarsour, Temple University professor Marc Lamont Hill, and others. The event was organized by UMass professor Sut Jhally and co-sponsored by his Media Education Foundation as well as several academic departments.

The event has garnered criticism from several groups. The Anti-Defamation League of New England called on the university’s administration to deploy a more-speech response by criticizing and distancing itself from the event. While recognizing that the event was protected by the First Amendment, others have called on the administration to rescind any university sponsorship and to prohibit faculty members from using “their academic position or the university’s name or resources to promote a personal, political agenda” that they believe imperils the safety of students. In a press release, the Massachusetts Republican Party said the event was “in violation of the federal government’s guidelines regarding anti-Semitism,” citing the State Department definition’s examples of “claiming that the existence of the State of Israel is a racist endeavor” and “drawing comparisons of contemporary Israeli policy to that of Nazis.”

The lawsuit and motion for a preliminary injunction, filed Thursday in a Massachusetts state court by three anonymous UMass students, pick up this argument and attempt to give it legal force. The motion for injunctive relief avers that because the Department of Education has “adopted” the State Department’s definition, “allowing a faculty-sponsored BDS event on campus violates the prohibition against anti-Semitism on campuses of the United [States] Department of Education.” Similarly, the plaintiffs argue that because the university opposes an academic boycott of Israel, the university is legally bound to prevent advocacy of such a boycott on its campus.

The lawsuit wishes away obvious First Amendment problems. First and foremost, a public university that makes space available to the general public cannot limit access to those resources on the basis of the speakers’ views. Nor does the university have the power to rein in the “sponsorship” of the event by professors or academic departments, which the university correctly acknowledges have academic freedom rights to make decisions free from institutional censorship. While the university opposes an academic boycott of Israel, it does not follow that the university can or should censor those who argue that the university is wrong to do so.

Second, as the response, filed today, correctly observes, an injunction against speech on a university campus would amount to a prior restraint, one of the most egregious forms of censorship. While the university may penalize unlawful expression after it occurs, it cannot restrain expression based on the remote possibility that someone might say something unlawful.

Third, it is highly doubtful that the State Department’s definition has legal force, precluding a court from ruling that the plaintiffs are likely to succeed on the merits of their claims (a prerequisite to obtaining a preliminary injunction), at least on this basis. While the Department of Education’s Office for Civil Rights said it would use the definition in a letter reopening a 2011 case at Rutgers University regarding alleged discrimination against Jewish students at a public event, the Department later distanced itself from that letter, saying that it “has not adopted any formal definition of anti-Semitism.” Even if OCR or the Department of Education resolved this ambiguity by asserting that the definition is enforceable, and did so in a manner compliant with administrative law, the definition would not be constitutional.

FIRE has repeatedly predicted that the confusion over whether the definition has been adopted by OCR would be used to bolster calls for censorship of students and faculty members critical of the state of Israel. Unfortunately, that prediction has been borne out, and the deployment here is perhaps the most aggressive attempt to harness OCR’s use of the definition for unconstitutional ends.

FIRE takes no position on the Israeli-Palestinian conflict or movements arising therefrom, such as BDS, beyond pointing out that academic boycotts, or censorship of political opponents or supporters of BDS, might endanger academic or expressive freedom. This meritless lawsuit would have the university violate the First Amendment to censor BDS proponents — the very academic censorship that underlies the university’s opposition to academic boycotts of Israel.

Update (May 2, 2019, 3:20 p.m.): According to a livestream of representatives of Jewish Voice for Peace of Western Massachusetts, which had intervened in defense of the event,  the judge denied the injunction on First Amendment grounds, as an injunction would amount to a prior restraint on speech. Rick Sobey of the Boston Herald quotes the judge: “I can’t enjoin a forum just because someone may say something at that forum that fits someone’s definition of anti-Semitism or racism or homophobia or anything else.”

That’s the right result and, barring an unwise appeal, should bring an end to this frivolous lawsuit.