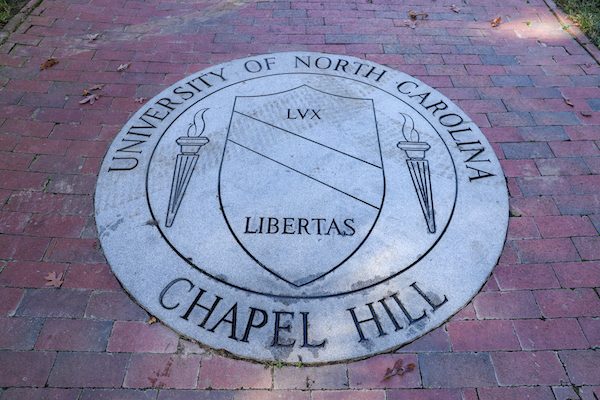 After FIRE wrote to UNC Chapel Hill’s student government late last month about its repressive executive order cutting off a source of funding for pro-life student groups, both UNC’s general counsel and its student body president, Taliajah “Teddy” Vann, assured FIRE that student group funding will continue in a viewpoint-neutral manner consistent with the First Amendment. FIRE appreciates UNC’s commitment to ensuring student organizations have equal access to university resources, regardless of their views.

On July 6, Vann issued a sweeping executive order banning contracts or funding to “any individual, business, or organization which actively advocates to further limit by law access to reproductive healthcare.” As written, the order plainly applies to student organizations, specifically the UNC Students for Life chapter, which is dedicated to pro-life advocacy.

FIRE’s July 28 letter to Vann explained how the First Amendment bars student governments from restricting funding to student clubs due to their mission or advocacy — even when their expression may be controversial or offensive.

However, UNC Associate Vice Chancellor and Senior University Counsel Kara E. Simmons assured FIRE that the executive order does not apply to student groups because there is no mechanism for them to request funding from the executive branch. Simmons promised that, even if clubs could request executive branch funds, the student government and university administration would ensure that any funding would be distributed in a viewpoint-neutral manner, per UNC policy and the First Amendment.

Simmons further clarified that the executive order would in no way limit groups like Students for Life from receiving student activity fee funding from the broader student government.

In an Aug. 5 letter to FIRE, Vann herself clarified that the “viewpoint-neutral allocation of funds to RSOs [registered student organizations] at UNC is not officiated by the Executive Branch and is not threatened by Executive Order No. 2.”

FIRE routinely engages with universities when their administrations or student governments appear poised to deny resources to student groups with unpopular or controversial views. The UNC episode underscores how carefully student governments must tread when making rules that could impact other students’ expressive rights.

Student governments at public universities act as agents of the government when doling out the student activity fee to campus clubs seeking funding, and are therefore bound by the First Amendment. Supreme Court precedent allows the collection of mandatory student activity fees by public universities, so long as every student group has an equal opportunity to obtain funds regardless of their creed or mission. Student governments can’t selectively fund student groups whose views they share, while denying resources to clubs whose views they dislike. This viewpoint-neutrality requirement fosters the free exchange of ideas by protecting the right of minority and unpopular student organizations to function as viable campus groups.

The vibrant diversity of clubs affords UNC students ample opportunities to find like-minded individuals to add their voices together.

One need look no further than UNC itself to see this system in action. As a school with strong free speech policies earning FIRE’s highest, “green light” rating, UNC has more than 800 different student groups — many with opposing missions — all able to flourish on campus. The vibrant diversity of clubs affords UNC students ample opportunities to find like-minded individuals to add their voices together. If student leaders and administrators defunded every group that potentially offended them, there would be precious few clubs left for students to join. While student leaders may take stances on contested political issues such as abortion, they may not condition funding on student groups adhering to these stances.

Despite the initial uncertainty, we’re glad to see UNC’s student government commit to funding student organizations in a viewpoint-neutral manner that respects a diversity of voices. Going forward, we encourage all student government leaders to draft executive orders with clarity, precision, and an eye toward protecting their constituents’ First Amendment rights.

FIRE defends the rights of students and faculty members — no matter their views — at public and private universities and colleges in the United States. If you are a student or a faculty member facing investigation or punishment for your speech, submit your case to FIRE today. If you’re a faculty member at a public college or university, call the Faculty Legal Defense Fund 24-hour hotline at 254-500-FLDF (3533). If you’re a college journalist facing censorship or a media law question, call the Student Press Freedom Initiative 24-hour hotline at 717-734-SPFI (7734)