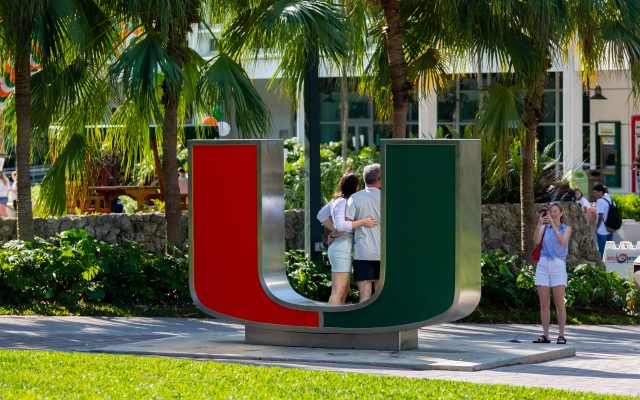 Ambiguity surrounding the University of Miami’s alleged plan to punish a law professor over his political speech has chilled the expressive rights of UM faculty.

In early November, UM School of Law lecturer Daniel B. Ravicher tweeted a series of controversial takes on the outcome of the presidential election. A swarm of criticism by the UM academic community culminated in a Nov. 7 phone call with School of Law Dean Anthony Varona who, according to Ravicher, raised the possibility that the university might not renew Ravicher’s contract in 2022 over his expression. Varona publicly denied Ravicher’s report that he threatened to pursue disciplinary sanctions against Ravicher, but did not comment on whether he will refuse to renew Ravicher’s contract because of Ravicher’s protected online expression.

Democrats in Philly, Atlanta, Detroit, and other swing state cities know @JoeBiden has lost. They’ve stopped counting votes just to deny @realDonaldTrump ability to win tonight, to falsely claim election was close, to weaken him. Like all their other dirty tricks, it won’t work.

FIRE wrote to UM on Nov. 20, inviting the university to resolve the dispute by disclaiming the possibility that it would retaliate against Ravicher over his expression by not renewing his contract — a course of action that would violate UM’s laudable commitment to protecting its faculty members’ academic freedom and free speech rights. In his Dec. 7 response, Varona professed to uphold faculty free speech rights and denied threatening Ravicher’s job, but again failed to address whether Ravicher’s contract will be renewed.

FIRE again calls on the university — this time, publicly — to resolve this uncertainty by unequivocally disavowing any suggestion that it will terminate a professor over his protected expression.

UM’s failure to answer this question is troubling not only for Ravicher but for the expressive rights of all UM faculty, who may feel chilled by the ambiguity created by the university’s silence. While faculty members should expect criticism for their political expression — especially during a heated presidential election — they also should rightly expect universities to have their backs in response to calls for their termination. This is particularly true for contingent faculty, who do not have the benefit of tenure and, instead, need to be confident that their institutions will not terminate, sanction, or otherwise retaliate against them for extramural expression protected under the institution’s commitment to academic freedom.

UM’s refusal to do as little as say that it will not use non-renewal as a basis to retaliate against Ravicher raises questions about its commitment to faculty rights, especially in light of the many universities that have caved to calls to throw professors under the bus for their protected expression in 2020 alone.

Ravicher describes this chilling effect in an op-ed in The Miami Herald on Dec. 13. Facing accusations that his expression is “violent,” “racist,” and “dangerous,” that his opinions indicate he lacks academic integrity, and that his termination must be forthcoming, Ravicher describes how the university’s tepid support for his free speech rights, and failure to promise to refrain from violating his rights in the future, will deter students and faculty who share his views his from speaking out.

“The chilling effect on conservative speech, including by students in particular, has been achieved,” he writes.

FIRE once again calls on UM to commit to upholding faculty expressive rights by clarifying that Ravicher’s contract renewal will not be based on his protected, extramural speech.