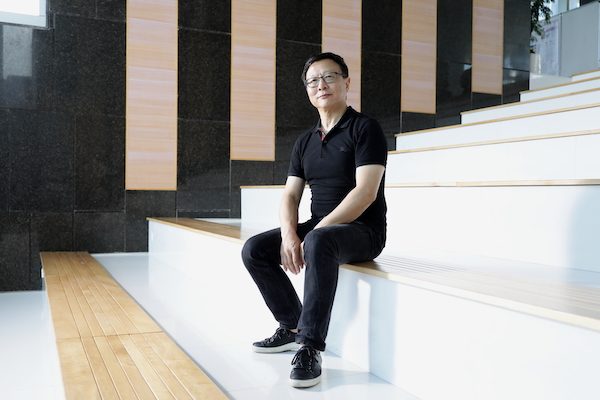 UPDATE (October 19, 2021): The University of Michigan, which had been considering opening a formal investigation into Professor Sheng for his classroom showing of Othello, has determined that it will not do so after reviewing the complaints against him.

While it remains discouraging that Sheng has “stepped away” from teaching this semester, Michigan’s decision not to launch a formal investigation into a professor’s course content was the right one to make. Such investigations produce profound chilling effects inimical to a university’s role as a marketplace of ideas. FIRE hopes that this controversy over Sheng’s protected expression will signal to Michigan faculty and administrators that it’s time for the university to make a serious effort to protect and defend faculty members’ First Amendment rights and academic freedom.

Listing Professor Bright Sheng’s accolades, which span both music and higher education, is no small task. Despite the family piano being removed from his home during Mao Zedong’s Cultural Revolution as a child, Sheng was able to cultivate both his talent and passion for music as he grew up. He was awarded a MacArthur fellowship in 2001, and has twice been a finalist for a Pulitzer Prize. Since 1995, he has honed his musical and teaching expertise as the Leonard Bernstein Distinguished University Professor of Composition at the University of Michigan, far from his native Shanghai.

But in what has become an increasingly common-sounding story, Sheng has stepped down from teaching his composition seminar at the university’s School of Music, Theatre & Dance after a campus uproar. His offense? Showing the class a 1965 version of William Shakespeare’s classic Othello starring legendary actor Sir Laurence Olivier in the title role.

As you may have guessed if you know anything about Othello, the purported objection to the film stems from Olivier’s use of skin-darkening makeup to portray Othello, the Moorish prince who becomes a general in the Venetian army. According to a timeline of events published by the Michigan Daily student newspaper, Sheng showed the film to his class on Sept. 10, and later that day sent out an email to his students apologizing and pointing out that casting and portrayals in the film are “racially insensitive and outdated.”

Yet this did not forestall complaints. A first-year student who attended class that day complained to The Daily that she and her classmates were given no warning or context (i.e. trigger warnings) before screening, and that the movie was shown “in something that’s supposed to be a safe space.”

Fellow composition professor Evan Chambers likewise told The Daily in an email that “To show the film now, especially without substantial framing, content advisory and a focus on its inherent racism is in itself a racist act, regardless of the professor’s intentions . . . We need to acknowledge that as a community.” 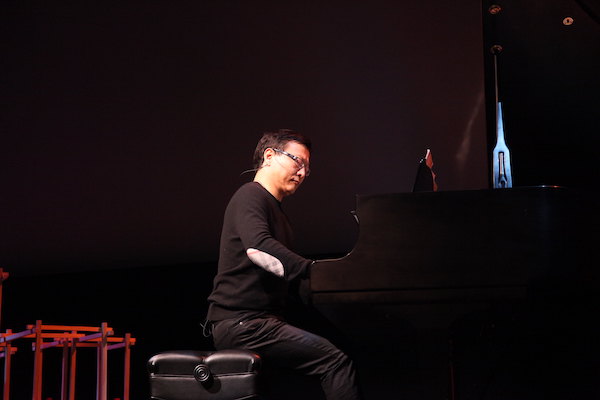 Bright Sheng performs at the TEDx conference at the University of Michigan in 2014. (Flickr.com)

Despite the apology to his students, Sheng continued to draw ire from the Big Blue community. He drafted and sent a formal apology to the entire department reflecting on his decision to show the film. He provided examples of actions in both his personal and professional life that he felt demonstrated that he did not engage in discrimination, as well as additional education he has received since the incident.

As is also common in such controversies, apologizing and explaining himself did not help. Instead, in an open letter to School of Music, Theatre & Dance Dean David Gier, 33 undergraduate and graduate students, along with additional faculty and staff, castigated Sheng for what they considered an “inflammatory” apology.

“Professor Sheng responded to these events by crafting an inflammatory ‘apology’ letter to the department’s students in which he chose to defend himself by listing all of the BIPOC individuals who he has helped or befriended throughout his career,” the letter reads. The signatories then called for Mr. Sheng to be removed from his teaching position. The letter further accused Sheng of creating an “unsafe” environment for students.

On Friday, Oct. 1, Dean Gier proclaimed that Sheng’s removal would “allow for a positive learning environment.” In an email to The Daily, Sheng expressed remorse for showing the film. He reasoned that screening the 1965 version of Othello was, “to show how the opera composer Giuseppe Verdi had adapted Shakespeare’s play into an opera.”

“I thought (that) in most cases, the casting principle was based on the music quality of the singers,” Sheng wrote. “Of course, time (sic) has changed, and I made a mistake in showing this film. It was insensitive of me, and I am very sorry.”

Olivier’s use of dark makeup was controversial to some, “even at the time,” according to Robby Soave at Reason magazine. For example, The New York Times took issue with Olivier’s portrayal of the protagonist Moor in 1966, labeling it blackface and comparing his look to that of “an end man in an American minstrel show.”

Others saw it differently. Famous New Yorker film critic Pauline Kael placed it in the context of the times (again, 1966, amidst the civil rights era), and opined that the characterization was “not mere exhibitionism or actor’s vanity, for what Negro actor at this stage in the world’s history could dare bring to the role the effrontery that Olivier does?” Olivier and three of his fellow co-stars were also nominated for Academy Awards for their roles in the film. In a more contemporary review, Laura Reitz-Wilson of Purdue University studied nine different film adaptations of Othello in her 2004 article “Race and Othello on Film.” Reitz-Wilson argued that the 1965 version was “revolutionary” by bringing the issue of race near the forefront of the story.

Much has been written on how or whether it is appropriate to apply a society’s current moral compass to those of its ancestors, especially given the last few years’ controversies over Confederate statues and other memorials or signs of respect for historical figures, some of whose actions, statements, or beliefs meet widespread disapproval from Americans today. Less remarked upon is the similar situation faced by people who hail from other cultures and therefore don’t have the instinctual grounding in what is considered acceptable in the 2021 United States. Sheng alludes to this, writing in his departmental apology, “As an Asian American, living in a primarily white society for the last 40 years, I also endured discrimination. Due to the upbringing of my culture, I either ignored it or accepted it as a given. And I never dealt deep into this issue.”

It’s natural for people to have different feelings about incidents like Sheng’s showing the movie, his apology, or the propriety of applying current American social mores to a given situation. But at public universities, the application of these mores through official discipline or punishment is prohibited by the First Amendment.

Faculty, administrators, and even students at UM would be wise to consider this next time they are deciding what to do when someone falls afoul of the prevailing sentiment on campus — and they should do it sooner rather than later.

UM is clearly conscious of this; according to Inside Higher Ed, a UM spokesperson said it is “important to note that Prof. Bright Sheng was not removed from teaching his seminar class this fall. The decision to have Prof. Sheng step away from that class was a decision that he and Dean Gier made together. They agreed to that approach and Dean Gier notified students in the class.”

One could be forgiven for wondering how voluntary this “stepping away” actually was: according to The Daily, the very same Dean Gier had earlier sent a department-wide email saying, “Professor Sheng’s actions do not align with our School’s commitment to anti-racist action, diversity, equity and inclusion,” and that the incident had been reported to the Office of Equity, Civil Rights, and Title IX.

But even if Sheng did really “step away” without any official pressure to do so, it’s not clear whether UM is any better off in terms of free speech or academic freedom. As the philosopher John Stuart Mill pointed out in On Liberty, speaking of his home country of England,

[I]t is the opinions men entertain, and the feelings they cherish, respecting those who disown the beliefs they deem important, which makes this country not a place of mental freedom. For a long time past, the chief mischief of the legal penalties is that they strengthen the social stigma. It is that stigma which is really effective, and so effective is it, that the profession of opinions which are under the ban of society is much less common in England, than is, in many other countries, the avowal of those which incur risk of judicial punishment. In respect to all persons but those whose pecuniary circumstances make them independent of the good will of other people, opinion, on this subject, is as efficacious as law; men might as well be imprisoned, as excluded from the means of earning their bread.

If this sounds startlingly applicable to Professor Sheng’s situation, that’s because it is. A university cannot fulfill its function if it is not a place of “mental freedom.” Faculty, administrators, and even students at UM would be wise to consider this next time they are deciding what to do when someone falls afoul of the prevailing sentiment on campus — and they should do it sooner rather than later.

If it is any consolation to Professor Sheng, he should know that he’s not alone. With over 400 professors targeted and 27 tenured professors fired since 2015, FIRE’s ability to assist professors grows. Our Faculty Legal Defense Fund is tailored to offering “first responder” assistance for faculty members at public colleges and universities. You can learn more about FLDF and the work FIRE has done to support professors at thefire.org.