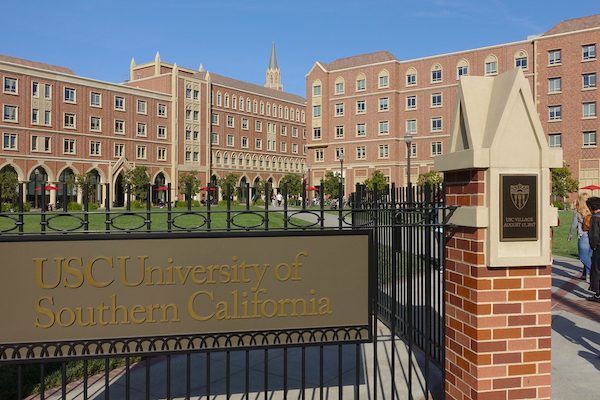 The University of Southern California has clarified that all students, regardless of race, are welcome at a campus event discussing issues facing black male students. FIRE wrote to USC on Monday amid concerns the event unlawfully excluded some students on the basis of race.

USC is holding the “Black Men Will Summit” today, an event put on by its Center for Black Cultural and Student Affairs. The event “emerged from the recognition of the lack of restorative and healing spaces for Black male identified students at USC and in the larger community,” according to its description. The event was previously billed as “a space for all students who identify as Black men at USC to talk about wellness and foster community & solidarity,” but after a letter from FIRE, it is described as “open to all USC students.”

Fostering discussion about and meeting the needs of USC’s minority student communities is a laudable and vital goal. But the university cannot serve it by employing racial segregation to bar students from educational events.

The Supreme Court addressed this issue in McLaurin v. Oklahoma State Regents for Higher Education, which involved a public law school that admitted a student of color but separated him from other students based on his race. As the Court wrote:

[T]he State, in administering the facilities it affords for professional and graduate study, sets McLaurin apart from the other students. The result is that appellant is handicapped in his pursuit of effective graduate instruction. Such restrictions impair and inhibit his ability to study, to engage in discussions, and exchange views with other students, and, in general, to learn his profession.

FIRE’s letter to USC highlighted this point, and added:

Title VI of the Civil Rights Act of 1964, which effectuates the Equal Protection Clause, forbids all institutions receiving federal financial assistance—whether the institution is public or private—from discriminating “on the basis of race, color, or national origin.” Colleges and universities like USC that accept payments from students who receive federal financial aid are bound by Title VI.

Likewise, in Regents of Univ. of Cal. v. Bakke, the Supreme Court refused to adopt a more restrictive view of the Equal Protection clause to favor historically marginalized groups, even where arguably well-intentioned.

USC’s own “Notice of Non-Discrimination” policy “prohibits discrimination on the basis of actual or perceived race, color, ethnicity” in “any of the University’s educational or otherwise federally funded programs and activities[.]”

USC did the right thing here, and we commend the university for being responsive when FIRE flagged this issue.

Unfortunately, other colleges and universities have recently gone forward with similar, racially segregated events, suggesting the emergence of a trend.

Tonight, @EtownCollege in Pennsylvania will host an event that appears to engage in a practice that no American should tolerate at any institution, for any reason:

For example, Elizabethtown College held a racially segregated series for “people who identify as individuals of color” to explore the history of white supremacy and colonization. Harvard reserved “an exclusive space for Black-identifying audience members” at a performance of Macbeth. And Lewis & Clark College required incoming students to participate in an event called “Engage for Racial Justice” where students had to provide their race so the college could organize them into “affinity groups.”

These colleges and universities would likely claim they are well-intentioned for trying to spur conversation among different parts of their student bodies. Indeed, Lewis and Clark said its event was not “invidious” but rather was designed to be as “inclusive as possible.” But as we wrote in our letter to Elizabethtown: “Good intentions do not make race-based segregation lawful.”

FIRE commends USC for clarifying the event is open to all students, regardless of their race.

Cases:  University of Southern California: University Clarifies “Black Men Will Summit” Will Not Bar Students Based on Race