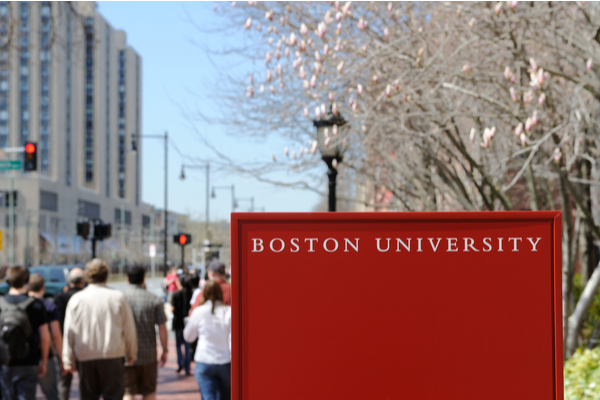 Over the past few months, FIRE wrote multiple letters to Boston University raising concerns over mandatory training that required faculty to agree with university-approved views and antiracism initiatives that appeared to compel faculty members’ speech and encroach on their pedagogical decisions. Now, BU has taken steps to ensure these programs and initiatives do not violate its faculty members’ rights to free speech and academic freedom.

FIRE raised concerns for academic freedom in BU’s School of Theatre and in the Boston Playwrights’ Theatre (the producing company of BU’s MFA program in playwriting, which is part of the English department) after the programs undertook a host of new diversity and antiracism initiatives, including statements of “commitments” that imposed various ideological directives on theater faculty. Among the new requirements, faculty were called to make “land acknowledgement” statements at rehearsals and before performances, include a “Diversity, Equity, & Inclusion” statement on course syllabi, and commit to teaching certain materials through an explicitly “anti-racist lens.”

As we wrote back in December:

These various commitments are all things that can alternatively be implemented in a manner fully consistent with academic freedom. Faculty may voluntarily pursue any or all of these objectives, and their programs can adopt aspirational goals that make their values clear. As we wrote in our letter, however, these programs cross the line by making these commitments compulsory for all faculty. What’s more, their compulsory nature makes more problematic the vagueness of key terms. How, specifically, are terms like “anti-racist” and “anti-colonial” defined in this context? Whose definition is to prevail? What if some professors don’t agree with the prevailing definition, or feel that orienting their teaching around such concepts isn’t the best way to teach certain source material?

We at FIRE weren’t the only ones worried about these policy changes. The Academic Freedom Committee of BU’s Faculty Council agreed they constituted violations of academic freedom, and said so to the administration. The administration responded only by saying that faculty could pursue remedies through BU’s grievance procedure.

After two letters to BU, we’re more hopeful that the university will protect its faculty members’ academic freedom, as guaranteed by BU policy. In a Jan. 7 response to FIRE, BU President Robert A. Brown clarified that no faculty members are institutionally bound by the provisions FIRE cited as detrimental to academic freedom. President Brown said there will be “no censorship or discipline” for any faculty member who chooses not to make a land acknowledgment or DEI syllabus statement, and he is “prepared to defend this point vigorously.” What’s more, President Brown communicated this message to the deans of the College of Fine Arts and the College of Arts & Sciences.

In a separate Feb. 14 letter, President Brown addressed FIRE’s concerns that the university’s mandatory training on preventing harassment and discrimination compels faculty members to personally affirm views which they may not hold. As we explained previously, the training module contains several questions that involve “subjective beliefs or ethical judgments — as opposed to official BU policies or relevant law — and requires the participant to choose a specific response, even if it doesn’t reflect the participant’s actual beliefs.” This amounted to compelled speech and was contrary to BU’s strong promises of free speech and academic freedom.

Although BU disagreed with our assertion that the training module compels endorsement of institutional viewpoints, it agreed to add the following language to the welcome page for the module:

Another important aspect of this commitment is to empower members of the community to become active bystanders, able to intervene in workplace situations that, while not necessarily illegal, undermine the University’s efforts to create a culture of inclusivity and belonging. To that end, the training includes vignettes that ask what you should do in situations that the University believes involve harmful stereotypes. The “correct” answer (that will allow you to move on to the next slide) represents the University’s judgment as to the response that best aligns with the University’s goals and objectives.

FIRE welcomes the addition of this language, which clarifies that BU is merely testing faculty members’ knowledge of the university’s views and objectives, not requiring them to personally agree with or align their behavior with those views. Universities have some latitude to require their students and faculty to complete training programs, but the training must comply with the First Amendment or — in the case of a private university like BU — the university’s own commitment to free expression.

Some may still object that BU’s training module is too intrusive to the extent it strays beyond ensuring faculty’s understanding of BU’s official policies and legal obligations, or that the positions taken in the training are themselves wrong or inappropriate. And faculty must be free to voice those objections without retaliation by the university, as academic freedom necessarily entails a right to disagree with, and to criticize, the institution. But these revisions address FIRE’s concerns that BU was violating its commitment to free speech by requiring its faculty not just to understand, but to mouth assent to the university’s views on individuals acting as “active bystanders.”

FIRE is pleased to see BU reaffirm its commitment to the academic freedom and expressive rights of its faculty, and we hope the university will steadfastly stick to that commitment in the future. Should the university fail to do so, we stand ready to assist any affected faculty member.