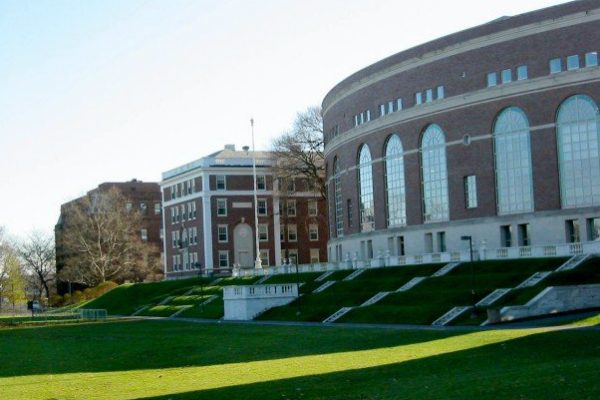 As of yesterday, Wesleyan University has abandoned its exploration into opening a joint venture campus in partnership with major Chinese corporation Hengdian Group and the Shanghai Theatre Academy.

The Wesleyan Argus reports that Wesleyan made the decision weeks after a number of students expressed a “largely negative” response, including a protest of about 70 students on Oct. 11 and a Wesleyan Student Assembly resolution, passed unanimously with one abstention. The resolution voiced displeasure that “President Michael Roth and his cabinet did not intend to release any information about the potential Wesleyan Hengdian campus had the Wesleyan Argus not been informed about the plan.”

Earlier this month, Roth wrote in a blog post that “conversations about a possible campus in China are still in the very early stages” and that “Wesleyan has had a very positive history of working with students and faculty from China.” However, he acknowledged that “there are serious concerns about academic freedom and a host of related issues.”

The Argus reports that Roth made further comments expressing interest and trepidation at joint venture prospects in mid-October:

Nine days [after he published his blog post], Roth responded to a question about the potential joint venture in a presidential reception in Taipei, Taiwan.

“The question is: What if we had 3,000 students in China for Wesleyan?” he said at the Oct. 20 event. “Could we teach those students the way we teach those students in Middletown? That’s obviously a very tough question to answer positively, and if we can’t answer that question positively, we won’t do this project…. So we’re talking with them. I think it’s more likely that we won’t do it, for all the reasons you can imagine, but I think dismissal is something that we should avoid. Consideration is something we should pursue, and so we’re just considering this.”

Apparently Roth found an answer to his question. In his campus-wide email explaining the decision yesterday, he wrote that “conversations with those who proposed the partnership have made it clear that our respective goals could not be sufficiently aligned—not to mention the questions we had around issues of academic freedom and the implications for our home campus.”

The issues Roth and the Wesleyan community recently grappled with — balancing the benefits of satellite campuses and joint ventures with the potential costs to student and faculty rights — have been flagged by FIRE and campus rights advocates as serious concerns for years. As I wrote at the New York Daily News last week in the wake of controversy over the NBA’s relationship with China, universities will continue to face challenges to their values as they embrace partnerships abroad, especially in countries with severe limits on expressive rights. Eventually, universities may be forced to choose between their principles and the potential for expansion.

It seems that Wesleyan leadership decided that the university’s values could not be guaranteed at a joint venture in China, and chose to stand by the former.

This is the decision universities should arrive at if they conclude that they cannot sustain core values of free expression and academic freedom in proposed partnerships — one that FIRE encourages university leadership to make in our “Commitment to Campus Free Expression at Home and Abroad.”

FIRE hopes other universities will similarly prioritize academic freedom in their current and future partnerships and refuse to put the rights of students and faculty up for negotiation.