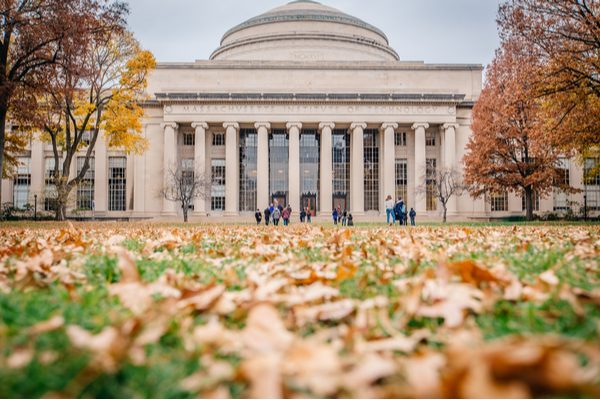 The Massachusetts Institute of Technology prides itself as a hub of brilliant minds and innovation. Last year, MIT researchers filed 439 patents, and through its intellectual property enabled the creation of 25 companies. The institute is affiliated with 98 Nobel Prize laureates, 11 of whom are current faculty. But in recent years, MIT faculty and alumni have had to sacrifice time spent on innovation in order to fight against political orthodoxy. Now community members are organizing — forming the MIT Free Speech Alliance and advocating for the adoption of stronger academic freedom protections, such as the Chicago Statement. (See our “Fast Facts” overview for more.)

While MIT is a private university, its mission and objectives describe a place where students and faculty are encouraged to engage in unfettered intellectual exploration. Yet according to FIRE’s College Free Speech Rankings, the largest survey ever conducted on students’ free speech attitudes, MIT is failing to uphold that mission. Only about one fifth (21%) of MIT students believe their administration makes it “extremely” or “very” clear that they protect free speech on campus. Furthermore, less than one fifth (17%) believe that if a controversy over offensive speech were to occur on campus, it is “extremely” or “very” likely that the administration would defend the speaker’s right to express their views. These survey results, paired with an uptick in recent years of institutional censorship of faculty, show that the community’s concerns are more than warranted.

The most recent and arguably most egregious failure by MIT to uphold its mission occurred in October 2021, when the institute rescinded its invitation to host University of Chicago Geophysicist Dorian Abbot to speak at its annual John Carlson Lecture, hosted by the Department of Earth, Atmospheric and Planetary Sciences. Abbot’s offense: an op-ed critical of diversity, equity, and inclusion initiatives. In the op-ed, Abbot argued that DEI “violates the ethical and legal principle of equal treatment.” He offered an alternative framework called “Merit, Fairness, and Equality (MFE) whereby university applicants are treated as individuals and evaluated through a rigorous and unbiased process based on their merit and qualifications alone.”

“Besides freedom of speech, we have the freedom to pick the speaker who best fits our needs,” said Robert van der Hilst, the head of the MIT department. “Words matter and have consequences.” 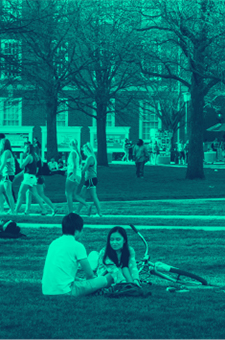 FIRE was highly critical of MIT’s response. Others offered thoughtful criticisms, as well. In a letter to van der Hilst, the Academic Freedom Alliance described the decision as an “egregious violation of the principles of academic freedom and an abnegation of MIT’s own stated commitment to freedom of thought.” Abbot, too, wrote a column in which he called out MIT for abandoning its mission.

This was not the first time Abbot had faced backlash. In 2020, graduates in Abbot’s own department at the University of Chicago tried to get his teachings restricted for his slides supporting “academic freedom and merit-based evaluations.” Yet the students were overruled by University of Chicago President Robert Zimmer, who issued a statement in support of free speech for faculty. By contrast, MIT decided that on its campus, faculty’s free speech rights were subordinate to the censorious demands of a loud few.

Ultimately, Princeton University’s James Madison Program hosted Abbot’s talk, titled “Climate and the Potential for Life on Other Planets.” The lecture focused entirely on Abbot’s research regarding climate change and planetary visualization; he did not mention the canceled Carlson lecture or any other controversy. Abbot, unlike MIT, was able to separate scholarship from politics.

Here it’s worth noting that disinvitations like Abbot’s aren’t uncommon. FIRE’s Disinvitation Database has tracked nearly 500. Even other technical universities such as Virginia Tech, Texas Tech, Johns Hopkins, and Cal Poly have been subjected to — and given in to — attempts to disinvite speakers for commencement addresses and other campus events.

Abbot controversy par for the course

Abbot’s disinvitation was not the first time MIT signaled a weakening commitment to academic freedom. Among MIT’s great innovators in the digital age is Richard Stallman, who created the groundbreaking GNU Project and the subsequent Free Software Foundation in the mid-1980s at MIT’s Artificial Intelligence Lab. Stallman’s work epitomizes MIT’s mission to “advance knowledge and educate students in science, technology, and other areas of scholarship that will best serve the nation and the world in the 21st century.”

But in 2019, Stallman was pressured to resign from his positions as a visiting scientist at MIT’s Computer Science and Artificial Intelligence Laboratory and as president and board director of the Free Software Foundation (though he has since rejoined the board).

His offense? In an email about MIT’s ties to Jeffrey Epstein, Stallman asserted that it is an “injustice” to use the word “assaulting” to describe the conduct of deceased MIT professor Marvin Minsky, who allegedly had sex with one of Epstein’s trafficking victims. Stallman explained that he believed the available evidence and testimony did not make clear Minsky’s knowledge of coercion or culpability.

The backlash from students was fierce and swift. Within days Stallman resigned “due to pressure on MIT and me over a series of misunderstandings and mischaracterizations.”

MIT could have reduced this pressure by issuing a public statement reiterating its educational objective to develop the habits of mind necessary to “deal constructively with the issues and opportunities of our time.” Instead, it issued no public comment.

When faced with another political email controversy the following year, MIT’s leadership again failed to defend academic freedom. In 2020, Rev. Daniel Moloney was forced to resign from his position as Catholic chaplain over an email about George Floyd. In the email, Moloney argued that we do not know definitively whether racism was responsible for Floyd’s death.

In response to Moloney’s email, MIT students filed complaints to administrators, including the Bias Response Team. Suzy Nelson, MIT’s vice president and dean for student life, called Moloney’s comments “deeply disturbing,” explaining that “by devaluing and disparaging George Floyd’s character, Father Moloney’s message failed to acknowledge the dignity of each human being and the devastating impact of systemic racism.”

In the controversies surrounding Abbot, Stallman, and Moloney, MIT failed to protect the academic freedom of individuals who were engaging in discourse over matters of public concern. Whether one agrees with these individuals’ conclusions or not, it was clear that they were attempting to further the educational objective of the institute. Therefore, MIT’s actions (and inaction) were inexcusable.

MIT is not teaching its students to protect free expression

What makes all of this particularly disappointing is that until recently, MIT wasn’t a bad actor. FIRE sends more than 100 letters every year (last year more than 200) to schools that violate students’ rights. MIT was not among the ranks of universities that had received a FIRE letter until 2020, when FIRE wrote in to voice concerns about policies restricting student press rights at MIT. We received no response.

Concerns have also been raised about MIT’s mandatory DEI course. Rather than state the preeminence of free speech and free inquiry, the training informs students that the First Amendment “typically applies only to state institutions” and that although freedom of expression is important, the university is “also committed to creating a learning community where students from all backgrounds feel welcome and can concentrate on their studies without facing hostility and discrimination.”

The MIT community fights back

MIT’s failures to protect and promote free inquiry have not gone unnoticed within the MIT community. The recently formed MIT Free Speech Alliance is “a group of alumni, faculty, students and friends of MIT who have been woken up by the recent Abbot Affair and have come together to advocate for MIT’s support for free speech, open inquiry, and viewpoint diversity.” At two MIT faculty forums in October and November of 2021, a secret ballot revealed that more than half of faculty feel that on an “everyday basis,” their voices, and the voices of their colleagues, are constrained by MIT. Over three quarters worry that their voice or their colleagues’ voices are “increasingly in jeopardy.”

Through our Alumni Network and partnership with Alumni Free Speech Alliance, FIRE offers concrete steps that universities such as MIT can take to defend free inquiry on campus.

Two MIT alumni have taken a financial stand against MIT’s intolerance. Tom Hafer and Henry I. Miller wrote a letter stating that they will stop donating to the institute for caving to “woke” ideology. They wish to restore MIT to the academically rigorous institute that taught them “the essence of problem-solving” that enabled them to thrive in their respective careers (Hafer developed systems for neutralizing rockets and drones, and Miller is a physician and molecular biologist). Hafer and Miller explain that MIT can redeem itself by adopting “principles of fairness.”

We at FIRE share these alumni’s concerns. Through our Alumni Network and partnership with Alumni Free Speech Alliance, we offer concrete steps that universities such as MIT can take to defend free inquiry on campus. FIRE urges MIT to adopt a free speech policy statement in the model of the Chicago Statement, which defends academic freedom by asserting that “the University is committed to free and open inquiry in all matters, it guarantees all members of the University community the broadest possible latitude to speak, write, listen, challenge, and learn.” Since the Chicago Statement was released in 2015, over 80 institutions have publicly committed to free speech in this way, signaling to faculty, students, alumni, and the public that freedom of expression is of paramount importance on campus.

With 13 of the schools ranked in the top 25 of FIRE’s College Free Speech Rankings having endorsed the Chicago Statement — FIRE, faculty, and alumni are determined to bring academic freedom back to MIT. Now the administration just needs to remember what it stands for.