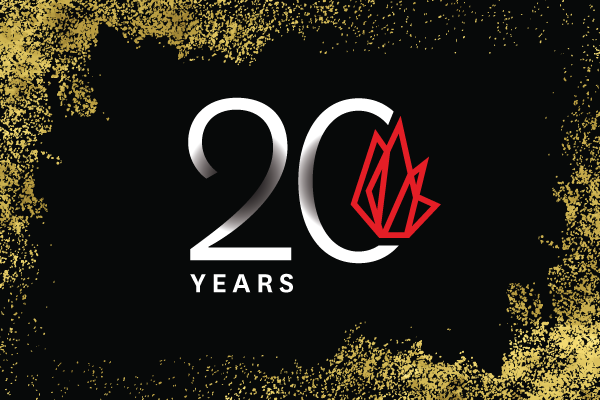 FIRE is celebrating its 20th anniversary in 2019!

We’ll soon have more details on how you can celebrate with us, including information on registration and sponsorship for our October gala at the Mandarin Oriental, New York  — featuring a keynote address by Salman Rushdie!

Until then, we’re keeping the party going all year long here on Newsdesk, with a monthly walk down memory lane to highlight notable moments in FIRE history.

In May 2008, FIRE celebrated its 125th victory. In one of FIRE’s most memorable cases of all time, FIRE helped clear the name of an Indiana University – Purdue University Indianapolis student-employee who was brought up on racial harassment charges for simply reading a book, “Notre Dame vs. the Klan: How the Fighting Irish Defeated the Ku Klux Klan.”

Now, if you’re thinking that there’s got to be some kind of catch or twist that would merit harassment charges, we can assure you, there’s not.

The guy was just reading a book.

You can learn more about the truly outrageous details — and how FIRE helped save the day — here or in this 2009 short documentary:

At the time, FIRE had been working for just shy of a decade at our mission to defend and sustain civil liberties on America’s college campuses. While FIRE was founded in 1999 with the goal of winning that battle and “extinguish[ing] itself,” our organization has steadily grown to meet the continued needs of students and faculty around the country. Our number of victories has also grown — exponentially.

Today, in May 2019, FIRE counts an amazing 627 all-time victories. Victories include instances where FIRE successfully intervened on behalf of a student or faculty member who had their civil liberties violated, successful resolutions of FIRE litigation or FIRE-sponsored litigation, policy reform, passage of legislation or regulations benefiting FIRE’s mission, and more.

In 2008, Alisha Glennon, who is still with FIRE as our Senior Vice President of Finance and Development, reported on the then-milestone:

Over the past eight years, FIRE has won 125 public victories at more than 100 colleges and universities whose total enrollment exceeds 2.2 million students. FIRE is directly responsible for changing unconstitutional or repressive policies affecting more than 1.3 million students …

In honor of our big anniversary year, here’s an updated version for 2019:

Over the past 20 years, FIRE has won 627 victories at more than 360 colleges and universities whose total enrollment exceeds 7.6 million students. FIRE is directly responsible for changing unconstitutional or repressive policies affecting more than 4.6 million students …

We’re proud of how far our organization has come. As always, we couldn’t do what we do without your continued support.

Learn more about how you can support FIRE and make a difference in the lives of America’s college and university communities. And check back soon for more about FIRE’s 20th Anniversary Celebration!