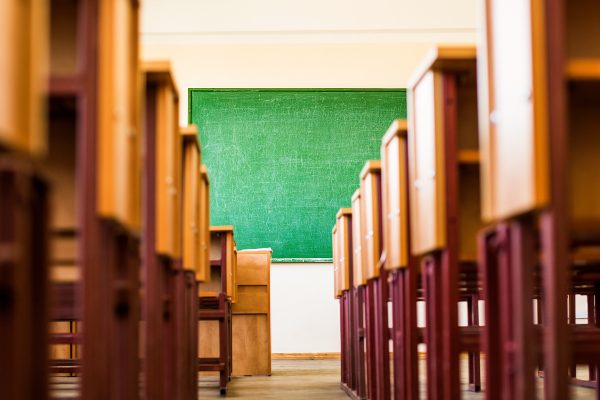 Defending academic freedom on a nonpartisan basis is a mission quite simpatico with FIRE’s own work in higher education — and indeed, there are no shortage of connections between FIRE and AFA.

AFA will take a two-pronged approach to its work. First, it will defend and advocate for academic freedom generally, in academics’ capacities as both scholars and citizens. Second, and similarly to FIRE’s own new Faculty Legal Defense Fund, it aims to provide legal support “to faculty whose academic freedom is threatened by institutions’ or officials’ violations of constitutional, statutory, contractual, or school-based rights.” AFA’s legal support will primarily be focused on members, at least at the outset, while FIRE’s Faculty Legal Defense Fund does not use a membership model and is open to all professors at public colleges and universities. If FIRE’s 21 years of experience shows us anything, it’s that there will be plenty of work to go around.

Defending academic freedom on a nonpartisan basis is a mission quite simpatico with FIRE’s own work in higher education — and indeed, there are no shortage of connections between FIRE and AFA. Among its founding members are FIRE Advisory Council members Samuel Abrams, Steven Pinker, and Nadine Strossen. Board of Directors member John McWhorter is also among the founding members, and fellow Board member Keith Whittington chairs AFA’s Academic Committee. As Whittington, a professor of politics at Princeton University, told FIRE this week:

AFA is a broad-based, cross-ideological, faculty-driven organization that aims to defend faculty speech rights. We hope to complement the great work of organizations like FIRE. In our present environment, academic freedom and faculty free speech is under intense pressure, and it is critical that professors be willing not only to stand up for their own right to speak freely and engage in free scholarly inquiry but also to stand up for their colleagues across the country who hope to exercise those same rights without fear of sanction.

Scrolling through the roster of AFA’s founding members brings yet more encouragement. You’ll find free speech scholars and longstanding allies like Eugene Volokh, Donald Downs (also a member of AFA’s Academic Committee), and Tim Shiell. Other members, including David Rabban, Ilana Redstone, and Amna Khalid, we’ve featured as presenters at our Faculty Network conferences. Jonathan Haidt, Nicholas Christakis, Laura Kipnis, and Jonathan Zimmerman are most welcome presences as well. I could go on (and on), but suffice it to say: This is a well-rounded group of scholars, and if they’re in your corner, you’re in good company.

AFA wants to change the calculus around universities’ violation of professors’ free speech to make it more expensive — both financially and from a public relations standpoint — to perpetrate them. As Princeton professor Robert George, one of AFA’s principal founders, tells the Chronicle of Higher Education:

Universities know … that university faculty can’t afford to fight city hall or the university, so they know they can do anything to these people without any consequences. So we’re going to shift that — so that the university general-counsel offices will know that the university is in the fight of its life if it violates academic-freedom rights.

A broader cultural aim of AFA’s, though, is to give faculty more incentive to stand up when they see the rights of their colleagues being violated. As Nadine Strossen notes to the Chronicle, “[w]hen somebody is attacked by a university official or, for lack of a better term, a Twitter mob, there are constant reports from all individuals targeted that they receive so many private communications and emails saying ‘I support you and agree with you, but I just can’t say it publicly.’”

After nearly 13 years at FIRE, I can certainly attest to the frequency with which we’ve seen faculty abandoned by their peers in the face of blatantly unconstitutional, illiberal attacks on their rights. The zoological metaphor Robert George uses about zebras scattering when threatened, leaving the vulnerable to be devoured, while elephants close ranks to protect their members — “Why don’t we act like elephants? Why don’t we circle around the victim?” — is often all too apt.

As the FIRE staff member responsible for much of our faculty programming and overseeing our Faculty Network, I think frequently about ways to harness the collective abilities of our faculty supporters in their support of academic freedom. Our Faculty Network conference (which, by the way, is taking proposals for 2021!) has proven one important way of doing so, but the challenge of making a collective into more than the sum of its parts is ever-present. (AFA’s membership, for the moment, is by invitation, but AFA plans to allow applications for membership in the future.) Hopefully, the unified front being put up by the professors signing their name to AFA’s mission proves another effective way of capturing this energy, and will draw many more to its ranks in the future.

Our various faculty efforts are bound to bring FIRE and AFA in contact, and when they do, I look forward to the opportunities we’ll have to work together defending academic freedom. Something so fundamental always needs more committed and principled defenders.