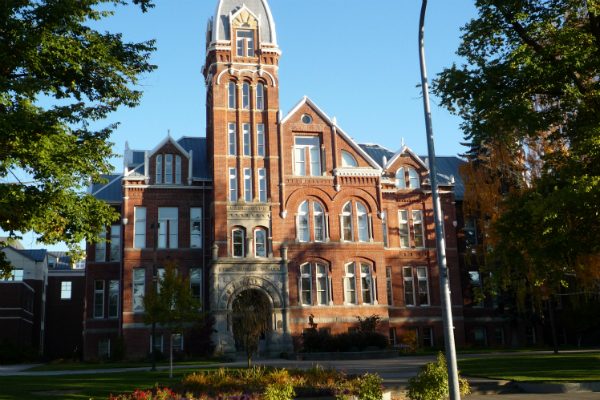 It isn’t every day that public officials appear on video discussing how to get away with violating the First Amendment. But in December, that’s exactly what we saw happen at Central Washington University, where members of its Services and Activities Fee Committee openly discussed defunding student media in a video posted to YouTube.

Thankfully, the S&A Fee Committee reversed course after FIRE, joined by the Student Press Law Center, wrote to remind the committee that defunding student publications over critical coverage is unconstitutional.

After receiving our letter, S&A Fee Committee chairman Brandon Wear-Grimm wrote to us to express that “the S&A Fee Committee does stand firmly behind the commitment to uphold all protected speech and expression.” The committee read its response into the public record at its recent meeting on Jan. 8, publicly affirming that it would not censor student media.

Controversy over student media at CWU started in November, when CWU’s student newspaper, The Observer, publicly criticized some campus departments for requiring student journalists to submit interview questions to administrators before allowing them to interview employees.

FIRE wrote to CWU at that time, reminding administrators that such practices violate the First Amendment.

After student editors met with campus leaders, disagreement about whether CWU had censored student media played out in the local media. Administrators downplayed the conflict, claiming that “both parties agreed there was no censorship whatsoever.” But Observer editors told a local reporter that they had “never agreed that there was no censorship.”

Soon after this coverage, the S&A Fee Committee entertained the proposal to defund student media.

CWU has indicated it intends to improve its media-related policies, but FIRE and student media leaders at the school have yet to see these plans put into action.

CWU responded to our letter regarding its student media interview practices in December, indicating that “the university does not require student journalists to submit questions for prior approval.”

But this claim did not match screenshots published by The Observer, showing that at least some departments had a practice of requiring administrative prior approval of interview questions before allowing an interview to be scheduled.

CWU also indicated administrators would be working with student journalists to create policies about the relationship between the university and student media.

“These new guidelines,” CWU wrote in the response to FIRE, “should not only reaffirm the university’s commitment to the First Amendment and freedom of expression but also outline the responsibilities of the student media.”

So long as they do not infringe upon the editorial freedom of student journalists in outlining “the responsibilities of the student media,” these guidelines have great potential to improve the way CWU works with its student publications.

So far, though, it does not appear the university and student journalists have been able to actually craft such policies. While one campus department has since published a form for journalists to request interviews with employees, it is our understanding that it did so without the input of student media leaders.

Until the promised guidelines are formulated and take effect, student journalists are still at risk of facing onerous practices that inhibit their role as campus watchdogs.

In light of these developments, while we are pleased that the S&A Fee Committee has recommitted itself to upholding a free student press, we remain concerned about the overall status of student media at CWU. We continue to encourage CWU to work diligently with student media leaders to immediately implement policies on media relations that make clear that university personnel are free to speak to the press, including the student press. As always, FIRE stands ready to help them craft rules that abide by best practices for student media, as well as all applicable law.