FIRE’s yearly conference is a weekend-long workshop designed to teach students about their rights on campus — and provide the tools to assert and defend them. Our conference brings together college students from around the country and across the ideological spectrum who share a passion for free speech and due process. Attendees will participate in dynamic, interactive workshops hosted by FIRE’s staff members where students will learn about the First Amendment, gain skills to protect and celebrate their civil liberties, and ideas for putting that new knowledge to work back on their campuses. 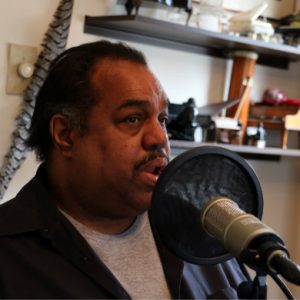 Daryl Davis is a professional musician whose achievements embody the transcendent power of both friendship and free and open dialogue. A black man who has spent years befriending members of the Ku Klux Klan, Davis takes an intensely personal approach to showing Klan members that their prejudices are unfounded. His efforts have resulted in numerous Klansmen relinquishing their robes and leaving the group for good. Davis has received critical acclaim for his book “Klan-Destine Relationships: A Black Man’s Odyssey in the Ku Klux Klan” and is the recipient of numerous awards, including the Elliott-Black Award and the Bridge Builder Award, presented by the American Ethical Union and the Washington Ethical Society, respectively. His efforts have been profiled in The Washington Post and The Atlantic, as well as on CNN, NBC, Good Morning America, The Learning Channel, National Public Radio, and many others. Davis is the subject of a recently released PBS documentary entitled “Accidental Courtesy: Daryl Davis, Race & America,” and was recently featured on FIRE’s “So to Speak: The Free Speech Podcast.” 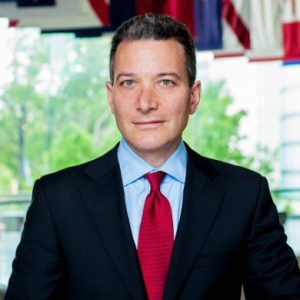 Jeffrey Rosen is president and CEO of the National Constitution Center, a George Washington University Law School professor, and a contributing editor at The Atlantic. Rosen is a graduate of Harvard College, Oxford University, and Yale Law School. His new book, “Louis D. Brandeis: American Prophet,” was published June 1, 2016, on the 100th anniversary of Brandeis’s Supreme Court confirmation. He’s also written extensively on constitutional issues surrounding the judicial system, the intersection of privacy and technology, and more. His essays and commentaries have appeared in The Atlantic, The New York Times Magazine, on National Public Radio, in the New Republic, where he was the legal affairs editor, and in The New Yorker, where he has been a staff writer. The Chicago Tribune named him one of the ten best magazine journalists in America, and the Los Angeles Times has dubbed him “the nation’s most widely read and influential legal commentator.”

The conference will open with a reception on Friday and close with lunch on Sunday. While space is limited, the event is free to attend and open to current students at U.S. colleges and universities, including graduate students and incoming freshmen. Housing and meals will be provided, and a travel reimbursement for up to $300 per student will be available to help students travel to and from Philadelphia.

We hope to see you in Philadelphia this summer!