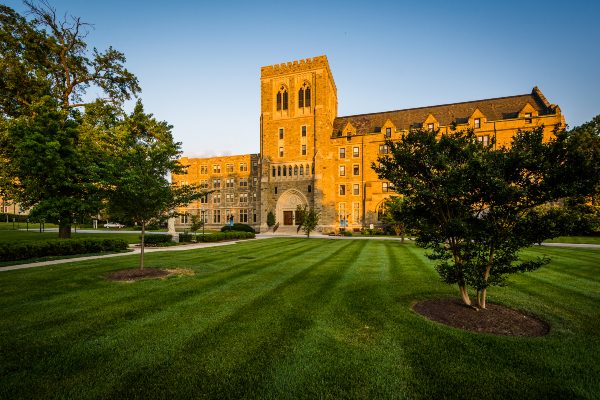 Catholic University of America professor John Tieso announced this morning that the private, Washington, D.C. university fired him for his political social media posts. Now, he says he’ll sue the institution for abandoning its free expression promises. Today, FIRE reminds the university — yet again — that it cannot fire a professor for political opinions.

In May, CUA investigated Tieso, an instructor and adjunct assistant professor of business management, for tweets made from his personal Twitter account. The university allegedly told Tieso to delete his account after a student sent an anonymous letter to CUA identifying three of Tieso’s 96,000 tweets as racist.

According to local news station WUSA9, one of the tweets called former President Barack Obama “incredibly impotent and vain,” and suggested that Obama, who was at an event in South Africa, “might consider staying in Africa and giving all his money to his people.” Though the content of the other two tweets is unclear, one may be his May 5 tweet describing Sen. Kamala Harris as a “former escort.”

The university suspended him on May 18 — the day summer courses were set to begin.

That’s when FIRE stepped in to remind President John Garvey that Tieso’s tweets were made as a private citizen and in compliance with the university’s own policies. They also addressed matters of public concern, meaning they’re protected speech regardless of whether others found them offensive.

CUA failed to respond to FIRE’s letter, ignoring our call for the university to pay more than mere lip service to its free expression commitments — which hold “unrestricted exchange of ideas as essential to the pursuit of knowledge.”

While CUA is private and may commit itself to any values it wishes, once it promises expressive rights, it is morally and contractually bound to uphold those promises. CUA could have attempted to explain why its commitment to freedom of expression should buckle here, but it did not bother to respond to our letter, perhaps gambling that silence is preferable to explanation.

CUA’s action against Tieso calls into question its commitment to freedom of expression, and undermines the expressive rights of all of its students and faculty — not just Tieso. As my colleague Alex Morey wrote earlier this month:

A university could doubtlessly investigate and punish discriminatory conduct. However, offensive extramural speech is not, alone, evidence of discriminatory conduct or harassment. If CUA deems offensive speech alone to be punishable, that would imperil a broad range of speech on controversial issues, in or out of the classroom, and would subject faculty members to investigations, suspensions, or termination for speech alone. That abandonment of fundamental principles of freedom of expression and academic freedom knows no fidelity to the ideology of the speaker: We’ve seen time and time again that if academic institutions may penalize expression simply because others find it offensive, they surrender their students’ and faculty members’ expressive rights to angry community members, legislators across the aisle, would-be donors, colleagues, students, or social media users of all political persuasions.

CUA could have avoided this potential lawsuit, and the damage to its reputation, by heeding FIRE’s recommendations: Reinstate Tieso and offer a mea culpa for abandoning its promises of free expression.

FIRE will closely follow Tieso’s litigation prospects against the Catholic institution — and hope other institutions remember that when you say you value free expression, practice what you preach.