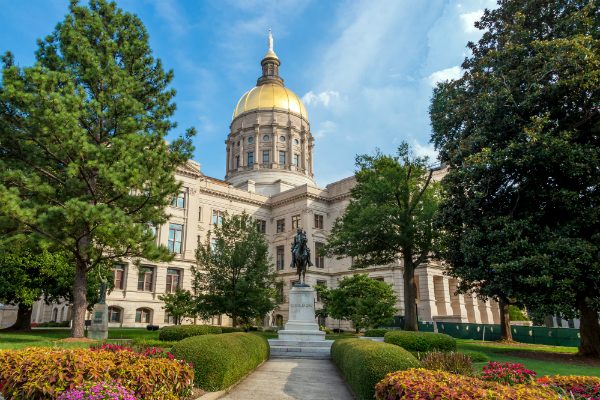 A Georgia state representative is the latest legislator to urge a public college to punish a faculty member over comments protected by the First Amendment.

While we celebrate the passage of the Dream Act, this @GeorgiaGwinnett professor uses hostile terms “ghetto thugs,” “libtards,” & spreads false narratives about immigrants.

Are these the values supported by Georgia Gwinnett College? https://t.co/tCLJJ850Gb pic.twitter.com/1kL3xv3mS3

“Are these the values supported by Georgia Gwinnett College?” Nguyen asked in her tweet, which included photos of Zhou’s comments in an online debate on the subject.

Zhou, who immigrated to the U.S. legally from China, wrote that he has a “Deportation of illegal immigrants” sign in his office and that he “[does] a celebration dance when ICE deports illegals. MAGA!”

Nguyen said she objected to Zhou’s use of the phrases “ghetto thugs” and “libtards.” And in an interview with the Atlanta Journal-Constitution she elaborated on her concerns, saying, “Zhou was sharing ‘inflammatory terminology’ and espousing ‘false narratives’ about illegal immigrants, such as they commit more crime.”

“Those myths have been disputed many times,” Nguyen told the AJC. “I have concerns about him teaching those things in a classroom.”

Zhou, for his part, defended his views — and Nguyen’s right to criticize them.

“Everybody has free speech,” Zhou told the AJC, “so (Nguyen’s) welcome to complain.”

On this point, Zhou is correct. Faculty members at public institutions — like Georgia Gwinnett College, which has previously faced a lawsuit under the First Amendment — retain a First Amendment right to speak as private citizens on matters of public concern, even if that expression is seen as offensive or uncivil by members of the public, prospective students, or elected officials.

For example, in Rodriguez v. Maricopa County Community College, the United States Court of Appeals for the Ninth Circuit saw a faculty member’s commentary on immigration and “the superiority of Western Civilization” as discussion of a matter of public concern, and doubted whether such commentary, even when directed at members of the community, “could ever constitute unlawful harassment” on its own. Faculty members may not take (and a university may penalize) discriminatory actions, but speech alone cannot be penalized on the basis that its viewpoints may be highly objectionable to others.

Legislators are, of course,welcome to disagree with faculty members on a wide range of issues. But as FIRE has noted previously—and several times this year—they violate their special duty to uphold the Constitution when they use their elected positions to pressure public institutions to punish or investigate faculty for protected speech.

So far, it appears Georgia Gwinnett has resisted calls to investigate or punish the professor.

FIRE will continue to monitor the case.