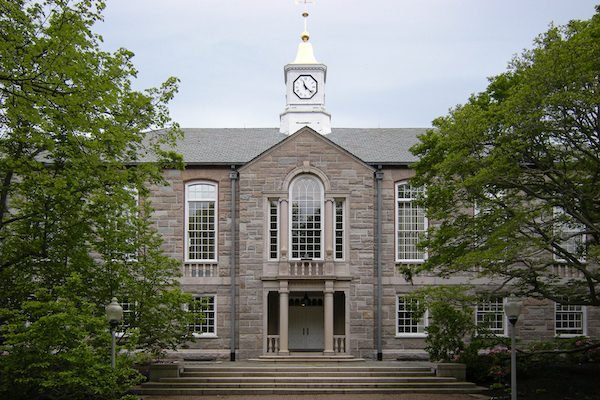 The court on Monday denied UNI’s motion to dismiss Fosu’s equal protection claim and some of his other claims alongside that arising under the First Amendment. URI did not include the First Amendment claim in its motion to dismiss that targeted all of Fosu’s other claims. The court dismissed claims arising under due process and breach of contract.

Fosu alleged that he had been treated more harshly than other professors.

In its dismissal motion, URI said it would fight Fosu’s First Amendment claim at the summary judgment stage and would develop facts outside of the complaint in order to do so.

“Because of the highly slanted and very selective manner in which Plaintiff has pled his factual allegations (which must be accepted as true at this point in the litigation), the URI Defendants are not moving to dismiss the first count of Plaintiff’s complaint,” the university said in its motion.

The court granted the motion to dismiss Fosu’s due process claim given the structure of his employment at URI, which involved a one-year contract that could be renewed on an annual basis, and, as such, did not create a property right necessary to support a due process claim. The court additionally held that while it was possible the university would retain Fosu for another year, it noted that was not “guaranteed in a way such that he had a reasonable expectation of continued employment,” then went on to also dismiss Fosu’s breach of contract claim as well.

The counts on which the court is allowing Fosu to proceed are those related to equal protection, defamation, and Rhode Island’s whistleblower statute. With regard to the equal protection claim, the court determined that the complaint was specific enough in its allegations of differential treatment as Fosu alleged that he had been treated more harshly than other professors at URI who had also spoken out publicly about URI’s diversity practices.

“Mr. Fosu,” the court observed, “points to the lack of diversity among URI’s faculty, its student body, and its leadership.”

“Mr. Fosu and the [Diversity Think Tank] made URI aware of their accusations that URI engaged in systemic racism in the hiring and treatment of African American Professors,” the court wrote. “Taking these allegations as true, the Court infers that race was an impermissible consideration in Defendant’s decision to treat Mr. Fosu differently.”

Cases litigated beyond the motion to dismiss stage typically see the parties complete discovery and provide the opportunity to resolve the case on summary judgment, which as indicated is where URI plans to contest Fosu’s First Amendment claim (and now, presumably, those that survived its motion to dismiss). We will keep you updated as the case proceeds.