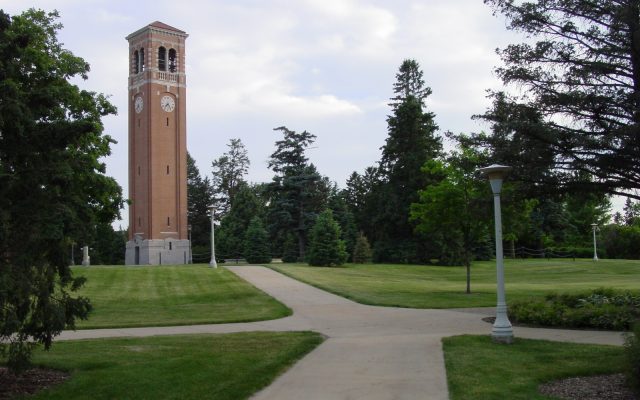 One of the most common threats to student and faculty rights that we see here at FIRE is administrators’ practice or policy of requiring prior review of faculty and staff communications with the media. Preventing prior review is a major focus of FIRE’s newly launched Student Press Freedom Initiative, which provides resources for student journalists to know their rights and fight back against censorship.

Just a week after our last run-in with a university demanding prior review, FIRE wrote today to the University of Northern Iowa urging it to end its practice of requiring resident assistants to get approval from university officials if they would like to communicate with the media in their personal capacities — that is, when they speak as students, not on behalf of the university.

After The Northern Iowan student newspaper sent resident assistants an anonymous survey asking about their experiences on campus, a UNI official told RAs that university media relations officials must approve all “RA-themed media responses” to the press. UNI said the purpose of this is to make sure officials can “address any issues” and that RAs should “consider the potential impact” of responding to the Northern Iowan’s survey. This requirement by the university is concerning for many reasons.

FIRE informed UNI officials that while they may properly regulate when RAs speak on behalf of the university or prevent RAs from sharing confidential information, they may not regulate students’ ability to speak with the media about their personal experiences.

UNI cannot condition employees’ communication with members of the media on an administrator’s prior approval of the message.

The law is clear: Government employees, including RAs at public institutions, have the right to speak to the media in their individual capacities on matters of public concern.

Requiring approval for any “RA-themed” comments to the media threatens the expressive rights of the university’s student employees and violates students’ First Amendment rights to speak about their experiences on campus — including their personal experiences, even those related to their jobs as RAs. For example, in 2020, FIRE saw RAs worried that if they spoke out against the university’s handling of the COVID-19 pandemic they would be fired. At UNI, RAs would have to ask administrators for approval in order to criticize their actions.

Requiring university officials to approve these communications is prior review

Additionally, requiring that administrators review all communications between RAs and journalists, including comments and questions, constitutes an unconstitutional prior review of both RAs’ comments and journalists’ questions. Because information and quotes gathered through interviews often encompass much of any specific content, knowing the questions that journalists ask and the answers they receive gives UNI officials power to control the message.

By requiring RAs to provide this information, the university is effectively coercing them into giving UNI  an advance window to respond to what is said. And that journalists and RAs know UNI has this access threatens to chill both the kinds of questions the media will pose and the answers RAs will provide.

Especially problematic is UNI’s requirement that officials not only view RAs’ communications with the media but that they approve those messages. This is an unjustifiable violation of students’ First Amendment rights.

As the U.S. Supreme explained in Watchtower Bible & Tract Society of New York v. Village of Stratton, requiring individuals to seek official approval before speaking is “offensive—not only to the values protected by the First Amendment, but to the very notion of a free society.”

We built on this in our letter:

If the university were to bar an RA from sending a particular message to a journalist, that would constitute an unconstitutional prior restraint, “the most serious and the least tolerable infringement on First Amendment rights.”  UNI cannot condition employees’ communication with members of the media, including student media, on an administrator’s prior approval of the message. This practice impermissibly burdens the First Amendment rights of those subject to it.

Courts have long recognized that members of the press act as “surrogates for the public” in keeping a watchful eye on the operations of government — in this case, UNI as a public university. By preventing journalists from speaking with student employees like RAs, UNI prevents the public from learning about university operations — a matter of deep public concern.

Obstructing journalists’ access to UNI RAs not only violates those RAs’ expressive rights, but also restricts press freedom and impinges upon the public’s right to know about important decisions and actions made by the institution, including important matters of public concern like public safety for student residents during the COVID-19 pandemic, health and safety conditions of university housing, and other issues of public concern on campus.

This is unacceptable at a public university like UNI.

UNI must clarify RAs may speak with the media without approval

Given the unconstitutionality of UNI’s current practice, it is now incumbent on the university to implement a policy clarifying that the university will no longer require RAs to share media requests and the responses they make in their personal capacities as private citizens.

UNI does not have the authority to view these messages and must make that clear to all RAs. To do so, we request that UNI provide training to RAs regarding their First Amendment rights and their right to speak with the media.

We asked UNI to respond to our letter in the next two weeks, and we will keep readers updated.

FIRE has seen similar situations time and time again. Just last week, we wrote the University of Wisconsin Oshkosh urging it to end similar practices of prior review and prior approval to interview employees. (Hint: we’re already working on several similar cases behind the scenes.)

By preventing journalists from speaking with student employees, UNI prevents the public from learning about university operations.

In launching SPFI (or “spiffy”), FIRE aims to combat issues such as prior review of media questions and student or faculty responses. Student journalists curious to learn more about these issues should visit CanIPublishThis.com — an interactive guide designed for student journalists to common media law and First Amendment concepts, where they’ll find a module on prior review and prior restraint. We will also continue to advocate for student journalists’ rights by writing letters to institutions and providing students resources and information about their rights.