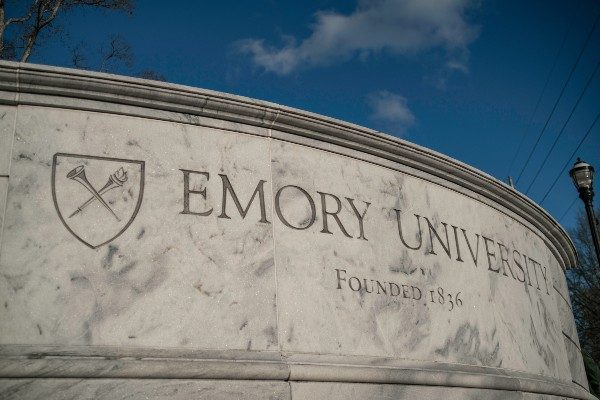 After its student government denied a student group the benefits of university recognition, on the absurd and infantilizing basis that the group’s open discussion format might mean that “the conversation might very easily devolve” and cause “harm,” Emory University’s administration has now decided to refuse to recognize any new student group for the foreseeable future. Faced with the opportunity to uphold its commitment to free speech, Emory chose instead to betray this commitment and violate its students’ expressive rights.

Last fall, the Student Bar Association, the student leaders charged with recognizing groups on behalf of the law school, refused to recognize the group because it supposed that open discussions might lead to “harm,” as the discussions — among law students — might involve controversial topics. The SBA criticized the group for not having “safeguards in place, such as a moderator or mediator” “to ensure respectful discourse and engagement” when discussing controversial issues. Apparently, it was too much to believe that adult students at the #29 law school in our nation could be capable of regulating their own conversations to the satisfaction of the SBA.

Indeed, the SBA’s rejection letter to the student group takes a particularly myopic view of free speech, claiming “it is disingenuous to suggest that certain topics of discussion you considered, such as race and gender, can be pondered and debated in a relaxed atmosphere when these issues directly affect and harm your peers’ lives in demonstrable and quantitative ways.” The letter added that the SBA is “hesitant to issue a charter when there are no apparent safeguards in place to prevent potential and real harm that could result from these discussions while under the umbrella of SBA-chartered organizations.”

God forbid these aspiring lawyers suggest that students can have productive, unfettered dialogue without causing serious harm. How dare these students try to create a space to discuss ideas without babysitters present?

This viewpoint-discriminatory rejection was especially disturbing because it happened at Emory, a “green light” university with exceptional free speech policies, at least at the undergraduate level. In our latest letter and press release, FIRE called on Emory to explain how the SBA’s actions can be squared with the university’s promise that it “shall not deny recognition to an organization because of disagreement with its mission or the viewpoints that it represents.”

It’s a dereliction of duty for universities to allow their student governments to flout policies guaranteeing students fundamental rights.

Soon after we sent our Jan. 10 letter, Emory responded that it “is aware of concerns that have been expressed about the efforts of the Free Speech Forum to secure a temporary charter,” but that it cannot recognize the group because of “a pandemic-related university-wide moratorium on the chartering of new student groups.” Emory added that it “supports the SBA’s efforts to carry out its chartering procedures fairly and without discrimination based on the viewpoint of proposed new student groups.”

In what world is the SBA’s rejection “without discrimination based on the [group’s] viewpoint”? Perhaps it’s a world where Emory simply doesn’t care about its students’ rights. It’s a dereliction of duty for universities to allow their student governments to flout policies guaranteeing students fundamental rights, but it’s more egregious for university leadership to rubber-stamp such abuses instead of remedying them when brought to light.

“The only ‘harm’ here is the SBA abusing its authority to deny these students their free speech rights,” said FIRE’s @Zach2Greenberg.

We call on Emory Law to promptly process the Emory Free Speech Forum’s application for a student group charter.

As if violating one student group’s rights wasn’t enough, Emory will now deny all proposed groups the benefits of recognition, a far more extensive violation of students’ expressive and associational rights. The university also failed to explain how this ban is pandemic-related. Despite chartering groups throughout the pandemic and allowing such groups to operate virtually, Emory will now not even consider chartering any new groups, denying these students access to university resources regardless of their adherence to COVID-19 protocols.

Apparently, allowing free speech is now a public health risk at Emory. If the pandemic somehow requires that Emory impose a moratorium on recognizing student organizations, it nevertheless seems impossible to logically explain why this should happen two years in and (conveniently) just in time to excuse the rejection of a group for transparently political reasons. Given that the SBA’s denial of recognition occurred well before the new moratorium, the least Emory could do would be to guarantee the group recognition as soon as the moratorium is over. Instead, locking in the SBA’s viewpoint-discriminatory decision by freezing the recognition process just locks in the chilling effect that flows from the student government’s misconduct, and demonstrates that it is hostility to the prospect of free discussion, not public health, that drives the university’s actions in this case.

If Emory’s free speech promises mean anything, then the university must ensure that the Emory Free Speech Forum and other groups are allowed to attain the benefits of university recognition — today.