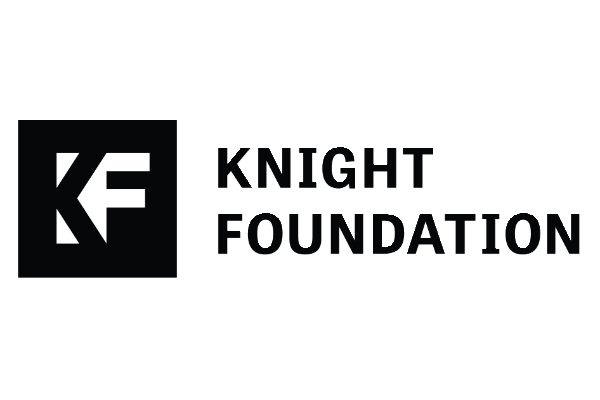 The John S. and James L. Knight Foundation is investing $10 million in the Reporters Committee for Freedom of the Press. This grant comes as part of the Foundation’s pledge to double its commitment to strengthening journalism to $300 million over the next five years.

“To hold power to account and fulfill their role as watchdogs for democracy, journalists must be able to go to court. Yet, many local news organizations are struggling financially and are unable to take up this cause,” said Jennifer Preston, Knight Foundation vice president for journalism. “As a leading nonprofit provider of legal assistance to newsrooms, the Reporters Committee for the Freedom of the Press is helping to fill this gap. Their expansion to more local communities will help ensure that local journalists have the support they need to produce quality, trusted journalism.”

With this investment, the Reporters Committee will expand the number of staff attorneys working on local issues and grow its network of pro bono lawyers providing legal support to local journalists and news organizations.

‘This transformational investment comes at a critical time, when local newsrooms’ capacity to advocate for their right to pursue and publish information is dwindling,’ said David Boardman, chair of the Reporters Committee. “We are ready and eager to work with newsrooms across the country to help them defend their — and the public’s — First Amendment rights so they can produce reporting that holds the powerful accountable.’

The Reporters Committee will embed lawyers across the country to defend against legal threats and lawsuits, assist with public records and court access efforts, and provide prepublication review and other legal services.

“In the face of mounting threats against our free press, it’s more important than ever that we equip newsrooms to overcome legal challenges they may face in bringing important stories to light,” said Bruce Brown, executive director of the Reporters Committee. “We feel truly inspired and empowered by the Knight Foundation’s ambitious commitment to supporting press freedom in communities nationwide.”

Justice Clarence Thomas has drawn the sanctimonious ire of the Fourth Estate for his unforgivable suggestion that the media should be held to the same high standard in defamation suits as everyone else. And guess what? He’s right.

The Supreme Court’s landmark decision in New York Times v. Sullivan (1964) obtusely places a First Amendment premium on irresponsible reporting. As a result, it creates a sanctuary for libelous behavior if the targets are public officials or public figures, and raises the bar to ‘actual malice’ on the part of the suspected libeler. This protects journalists even when falsehoods are published first and investigated only later.

As part of his broader assault on the news media, President Donald Trump has repeatedly called for a revisiting of American libel law — part of the law of defamation, which governs when individuals can sue those who have allegedly made false statements about them. [Recently], he found a powerful ally in Supreme Court Justice Clarence Thomas, who penned an opinion encouraging his colleagues to revisit the court’s landmark 1964 ruling in New York Times v. Sullivan.

The Sullivan case is one of the most important Supreme Court decisions interpreting the First Amendment’s guarantee of freedom speech. By encouraging its demise, Thomas is not only proposing to arm Trump with a legal mechanism for going after his critics, he is also arguing that publicly criticizing public figures should come with far more risk. Although no other justice joined in his solo opinion, Thomas’s analysis suggests that Trump’s attacks on the press are resonating in some of the most important chambers of government — and will only embolden new lawsuits seeking to weaken Sullivan and the critical constitutional principle that it articulated.

John Roberts was named to the Supreme Court in 2005 claiming he would act as a neutral umpire in deciding cases. His critics argue he has been anything but, pointing to his conservative victories on voting rights and campaign finance. Yet he broke from orthodoxy in his decision to preserve Obamacare. How are we to understand the motives of the most powerful judge in the land?
In The Chief, award-winning journalist Joan Biskupic contends that Roberts is torn between two, often divergent, priorities: to carry out a conservative agenda, and to protect the Court’s image and his place in history. Biskupic shows how Roberts’s dual commitments have fostered distrust among his colleagues, with major consequences for the law. Trenchant and authoritative, The Chief reveals the making of a justice and the drama on this nation’s highest court.

Oliver Wendell Holmes twice escaped death as a young Union officer in the Civil War when musket balls missed his heart and spinal cord by a fraction of an inch at the Battles of Ball’s Bluff and Antietam. He lived ever after with unwavering moral courage, unremitting scorn for dogma, and an insatiable intellectual curiosity.

Named to the Supreme Court by Theodore Roosevelt at age sixty-one, he served for nearly three decades, writing a series of famous, eloquent, and often dissenting opinions that would prove prophetic in securing freedom of speech, protecting the rights of criminal defendants, and ending the Court’s reactionary resistance to social and economic reforms.

As a pioneering legal scholar, Holmes revolutionized the understanding of common law by showing how the law always evolved to meet the changing needs of society. As an enthusiastic friend and indefatigable correspondent, he wrote thousands of personal letters brimming with humorous philosophical insights, trenchant comments on the current scene, and an abiding joy in fighting the good fight.

Drawing on many previously unpublished letters and records, Stephen Budiansky’s definitive biography offers the fullest portrait yet of this pivotal American figure, whose zest for life, wit, and intellect left a profound legacy in law and Constitutional rights, and who was an inspiring example of how to lead a meaningful life in a world of uncertainty and upheaval.

So to Speak podcast: ‘Speak Freely’ with professor Keith Whittington

In this episode of So to Speak: The Free Speech Podcast Princeton professor Keith Whittington, who is the author of “Speak Freely.” In this podcast Nico Perrino discusses the latest campus free speech news at Princeton and across the county.

Coming to FAN: Paul Sparrow, “The Newseum, the First Amendment & a Lost History”

Today in 1917: Columbia University to Investigate “Loyalty” of Faculty

With a Declaration of War that would take the United States into the war in Europe just a month away (April 6, 1917), a wave of patriotic fever swept over the country, resulting in massive abuses of civil liberties. Colleges and universities were not exempt, and Columbia University had one of the worst records (although it may be because we simply know more by virtue of its being in New York City). On this day, the university announced that it would begin to investigate the “loyalty” of its faculty.

During World War I, any criticism of the war was regarded as disloyalty. As a result of their investigation, the university fired two prominent faculty members, on October 1, 1917. The famed historian Charles A. Beard resigned in protest of the firings on October 9, 1917.

#202.2: Robert Corn-Revere: “The Retaliator in Chief: The Case Against Donald J. Trump”

#202.1: Levine and Wermiel: Dubious Doubts and ‘the Central Meaning of the First Amendment’—A Preliminary Reply to Justice Thomas