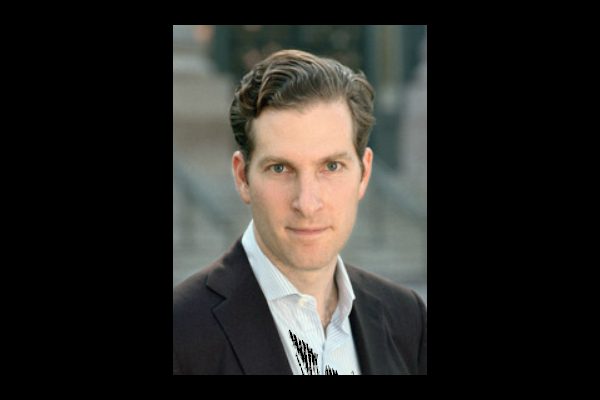 Although its decision will be hailed by some as a win for free expression, it’s actually based on a misconception about our social media accounts — one the U.S. Supreme Court is going to have to fix.

Here’s the basic problem: The U.S. Court of Appeals for the 2nd Circuit assumed in its opinion that Trump’s Twitter account was either “private” — in effect, Trump’s own property to do with as he wishes — or else “public,” in the sense that the account was a government-controlled space in which the First Amendment should apply. . . .

The reality [of the situation] is that Trump’s Twitter account isn’t his private property or a government-controlled space. It’s something else: property controlled by Twitter Inc. (Disclosure: I have advised Facebook on issues of governance and free expression.)

Consider that neither Trump nor anyone else has free reign to say absolutely anything on a Twitter feed. Twitter has rules for content moderation — and those trump even Trump. . . .

If Twitter were to decide that Trump violated its content standards, Twitter would have a legal right to take down Trump’s rule-breaking tweets. If Twitter believes that someone who is commenting on Trump’s feed has violated its rules, it can take down that content, too.

For these reasons, Trump’s Twitter feed is nothing whatsoever like the public forums to which the courts have applied the First Amendment in the past. . . .

[T]he appeals court’s decision rests on a conceptual confusion that has serious negative implications for the freedom of speech. The government shouldn’t be able to get away with designating a public forum for speech where the speech isn’t constitutionally free.

The Supreme Court should revisit this issue and get it right — to protect freedom of speech in the long run.

The late Supreme Court Justice John Paul Stevens today is being hailed as a liberal beacon who took strong stands against the death penalty and in favor of gun control and limits on political spending.

But despite his well-deserved reputation as a judge who was motivated by decency and principle, his legacy with regard to the First Amendment is mixed. 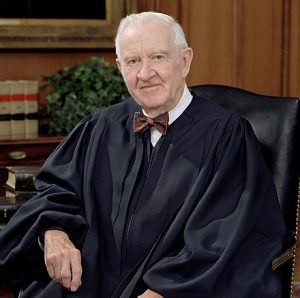 Justice John Paul Stevens
For one thing, as Linda Greenhouse observed in The New York Times, Stevens in 1989 broke with his colleagues when they overturned a Texas law that banned flag-burning. “His patriotism was of the old-fashioned, unabashed variety,” wrote Greenhouse by way of explanation.

For another, on two important cases that pitted the right to privacy against freedom of the press, Stevens sided against the media. In one instance he was on the losing end. In the other, though, he wrote the majority opinion, limiting public access to government information in a decision that reverberates three decades later.

Many may forget that it was Stevens who authored the court’s plurality opinion, upholding the ability of the Federal Communications Commission (FCC) to fine a radio station for playing George Carlin’s “Filthy Words” monologue during daytime hours. Even though the monologue was nothing close to obscenity, federal law also gave the FCC power to regulate so-called indecent speech. In FCC v. Pacifica Foundation (1978), Stevens approved of this power, writing that when the commission finds that “a pig has entered the parlor, the exercise of its regulatory power does not depend on proof that the pig is obscene.”

However, years later when the Supreme Court first examined a direct speech regulation on the worldwide web, Stevens wrote the court’s majority opinion in Reno v. ACLU (1997), involving the part of the Communications Decency Act that criminalized the online transmission of patently offensive or indecent speech. . . . 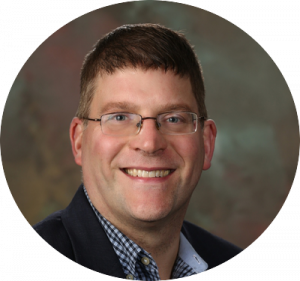 Stevens created the secondary effects doctrine in a footnote in Young v. American Mini-Theatres (1976), involving an amendment to Detroit’s anti-Skid Row ordinance that regulated the location of adult businesses. In the footnote, Stevens wrote: “It is this secondary effect which these zoning ordinances attempt to avoid, not the dissemination of ‘offensive’ speech.

However, years later the court examined a direct restriction on the clothing that nude performance dancers wear in gentleman’s clubs in City of Erie v. PAP’s A.M. (2000). The majority of the court expanded the reach of the secondary effects to apply not just to the geographic location of adult businesses but to the direct expression of nearly nude entertainers.

Over at the Constitutional Law Prof Blog, Professor Ruthann Robson has a post entitled Fourth Circuit: Non-Disparagement Clause in Police Misconduct Settlement Violates First Amendment. In it she writes:

In its opinion in Overbey v. Mayor & City Council of Baltimore, the Fourth Circuit held that non-disparagement clauses in settlement of police misconduct claims violates the First Amendment.

Prof. Ruthann Robson
Writing for the majority, Judge Henry Floyd, described the non-disparagement clauses that the Baltimore Police Department inserted in 95% of its settlement agreements. Here, Ashley Overbey sued the city for being arrested in her home when she called 911 to report a burglary, resulting in a settlement of $63,000, complete with the usual non-disparagement provision. The Baltimore Sun newspaper reported on the settlement as it went before a city agency for approval, including a negative comment about Overbey from the City Solicitor, and the reporting prompted some anonymous on-line comments, to which Overbey responded online. The City decided that Overbey’s online comments violated the non-disparagement clause and thus remitted only half of the settlement amount, retaining $31,500 as “iquidated damages.”

The court found that the settlement agreement included a waiver of Overbey’s First Amendment rights (rejecting the City’s argument that the First Amendment was not implicated by refraining from speaking), and further held that the waiver was “outweighed by a relevant public policy that would be harmed by enforcement.” The court rejected the city’s arguments, including a fairness argument that the court should enforce Overbey’s sale of her speech rights.

Earlier this year, we announced that the Knight Institute will host a symposium in the fall focused on the use of anti-monopoly tools to address the tech giants’ power over public discourse. The symposium, which will take place on November 14 and 15 at Columbia University, will examine the extent and nature of the technology giants’ ability to structure, shape, and distort public discourse, and consider whether anti-monopoly tools might usefully be deployed to limit, expose, or counter this power. 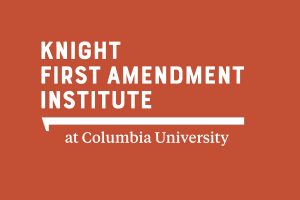 Since we announced the symposium, these questions have become only more salient. Some have called it an “antitrust moment,” with Congress, the Justice Department, and the Federal Trade Commission having launched investigations, multiple presidential candidates having called for more aggressive enforcement of the antitrust laws, and the tech giants having begun to respond. Our symposium will look at these and other developments through the lens of public discourse, asking, among other questions, whether concentration within the technology industry is a threat to free speech and self-government; what lessons might be drawn from earlier efforts to regulate the telecommunications industry and the media; and what the implications of “breaking up” the technology giants would be for the diversity and quality of online speech.

We’re excited to announce today that the following legal scholars, economists, and technologists will be writing papers for the symposium and participating in the November event.

Soon to be Released (in paperback): The Coddling of the American Mind

George R. La Noue’s Silenced Stages: The Loss of Academic Freedom and Campus Policy Debates will be the subject of a breakfast “book launch” hosted by the Bipartisan Policy Center in Washington, D.C. on July 30th from 8:00 a.m. to 9:30 a.m. From their announcement: 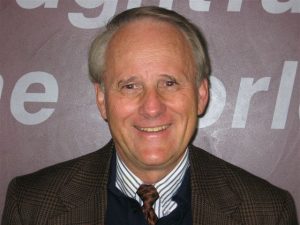 Disinvitations, protests, and speech codes make headlines, but just as important is the chilling of campus discourse to the point some views and arguments are not brought forward at all. What is left out of campus debates may be more worrisome than the overt suppression of speech.

These are issues George R. La Noue takes up in his just-released book, Silenced Stages: The Loss of Academic Freedom and Campus Policy Debates. Professor La Noue researched nearly 100 campuses and found that, on far too many campuses, some ideas are deemed too unorthodox for open discussion and some speakers are judged too controversial to be invited. This limiting of campus discourse prevents students from fully testing their deepest convictions and learning from arguments across the spectrum of ideas.

Please join us for a breakfast conversation with Professor George R. La Noue and distinguished higher education experts about his findings and recommendations that college leaders, higher education donors, and students can take to invigorate open campus discussion.

New & Notable from The Volokh Conspiracy

His office door was vandalized. He was accused of causing “harm” to his “college community.” There was even a demand — supported by dozens of his faculty peers — to review his tenure. Why? Because he wrote an op-ed in The New York Times arguing for more viewpoint diversity at his campus.

On today’s episode of So to Speak: The Free Speech Podcast, Sarah Lawrence College professor Samuel Abrams joins us to discuss the response to his op-ed and the future of academic freedom, viewpoint diversity, and the role of faculty in college life.

The Enlightenment’s emphasis on science, progress, tolerance and rationality attracted not only philosophers — even absolute monarchs dreamt of “Enlightenment Now.” But how do you incorporate the enlightenment’s revelations without undermining the traditions and ideas that legitimate absolute rule in the first place? Fortunately for Europe’s modernizing rulers, some of the continent’s most prominent 18th century philosophers — including Voltaire — stood ready to praise the new winds of “enlightened despotism” that took hold in places like Russia and Prussia.

In this episode, we cover Russia — the ground zero of enlightened despotism — and Tsar Peter the Great, who, according to Voltaire, single-handedly dragged the country across both time and place from the Dark Ages and Asia into the 18th century and Europe.