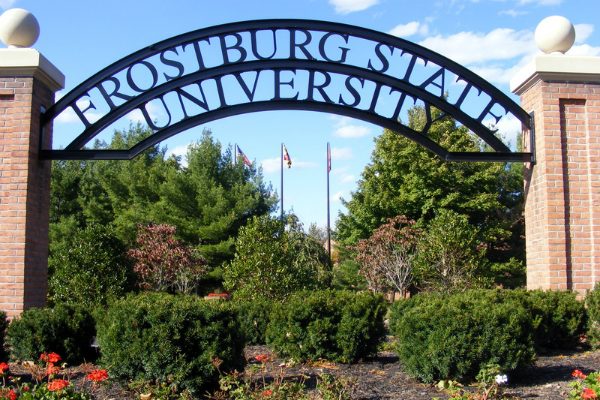 Banning “obscenities” versus banning “obscene” material might not seem like a big distinction. But if you’re a student at Frostburg State University, where you can have your flyers removed if they include “obscenities,” you might start thinking that difference matters. Frostburg State’s Residence Hall Posting Guidelines policy is FIRE’s Speech Code of the Month for February.

Legalese can be confusing and frustrating, but a lack of precision when using legal terms in policy materials can have serious consequences.

For example, while the vast majority of speech is constitutionally protected, the Supreme Court has laid out certain categorical exceptions to the First Amendment’s protection. When a college puts in place a policy that defines one of those exceptions incorrectly or that misuses colloquial terms in banning content, that policy may chill protected speech and could be applied to unlawfully punish students.

In this policy, Frostburg State bans flyers “containing content that would be considered offensive to a reasonable person (e.g. nudity, obscenities, etc.).” But content that is merely offensive to others, even by the standard of a reasonable person, doesn’t lose First Amendment protection unless it also meets the legal standard for an actual categorical exception to the First Amendment.

It seems like Frostburg State is taking a stab at targeting one of those exceptions: obscenity. But the two examples listed — nudity and obscenities, a term used colloquially to refer to curse words — don’t necessarily meet the legal standard for obscenity, so Frostburg State is including protected speech in its ban.

To be found “obscene,” and therefore not constitutionally protected, material must meet what is referred to as the “Miller test.” This three-pronged standard set forth by the Supreme Court in Miller v. California asks the following questions:

Flyers that are offensive to a reasonable person or that include nudity or obscenities, as that plural noun is usually defined, don’t necessarily meet all three prongs of that test.

Indeed, the Supreme Court has made clear that expression cannot be limited simply because it includes foul language. For example, in Papish v. Board of Curators of the University of Missouri, the Court reaffirmed this principle in ruling that a public university could not punish a student for publishing a student newspaper that included the headline “Motherfucker Acquitted.” As for Frostburg State’s ban on nudity, pornography isn’t even necessarily legally obscene, so all nudity in general certainly isn’t.

If a student submits a flyer with a curse word on it or one that includes a photo of Michelangelo’s David, we can’t expect the residence life staff member evaluating posters to know such material, despite including obscenities or nudity, is constitutionally protected. There’s far too much room for abuse with such a broadly written policy.

Frostburg State must revise the policy to instead only ban content that is not constitutionally protected. A ban on material that meets the legal standard for “obscenity” would fit the bill, but a general prohibition of material that is in violation of state or federal law, or of the university’s other applicable policies, like a harassment policy or a policy banning threats, would also work well. (Check out Arizona State University’s posting policy for an example of a policy that does this well.)

Frostburg State’s policy should also be revised to allow students to post flyers without seeking prior permission and with anonymity in at least some locations on campus. After all, as the Supreme Court famously held in McIntyre v. Ohio Elections Commission: “Anonymity is a shield from the tyranny of the majority.” And even when the majority may find a flyer deeply offensive for including foul words, that expression is still constitutionally protected.