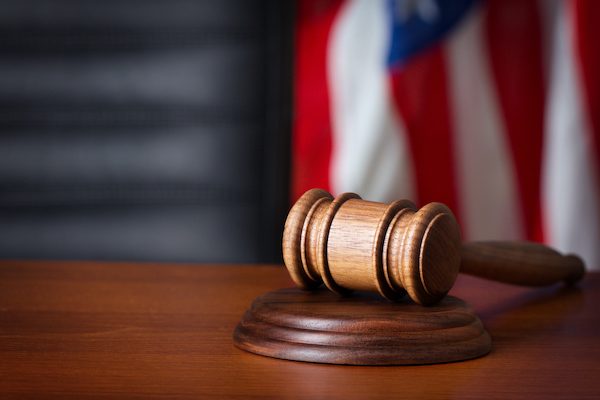 The challenged policy cast a wide net, ensnaring all manner of protected expression by outlawing multiple forms of protected speech. It granted administrators broad discretion to punish students whose words “unreasonably . . . alter” the educational experience of another and prohibited speech that “may be humiliating” (emphasis added). It even threatened punishment for merely “condoning” the prohibited speech of another student.

When it denied First Amendment advocacy organization Speech First’s motion to enjoin the policy last year, the U.S. District Court for the Middle District of Florida left UCF free to regulate student speech based on a line of cases regulating free speech in public grade schools — cases which do not apply to higher education.

The Eleventh Circuit reached the correct outcome, and other circuits should follow.

Last September, FIRE filed an amicus curiae brief in support of Speech First’s appeal, explaining how the district court wrongly imported Tinker v. Des Moines Independent Community School District and other grade school cases into the university context. The Eleventh Circuit’s reversal, which rejected Tinker’s application to this case, is a victory for the “marketplace of ideas” at our colleges and universities.

Speech First filed a federal lawsuit on behalf of students who feared UCF would use its policy to punish them for expressing their beliefs. The organization sought to stop UCF from enforcing both its discriminatory harassment policy and a “bias-related incidents” policy that creates a mechanism to report students for offending others based on identity characteristics.

The district court denied Speech First’s request to enjoin each policy, for different reasons. First, it held the discriminatory harassment policy did not likely violate students’ rights. (“Likely” being the standard for granting a preliminary injunction.) And the district court refused to even address the constitutionality of the bias-related incident policy, holding that Speech First’s student members did not have standing to challenge the policy because it did not give administrators the power to punish them.

The Supreme Court held long ago that students attending state colleges and universities possess the same First Amendment rights as the general public.

But UCF’s bias-related incidents policy authorizes administrators to investigate and then refer students accused of bias to other university offices for discipline. On appeal, the Eleventh Circuit rejected the district court’s reasoning that this referral scheme cannot injure students just because it disclaims the ability to directly punish them. Instead, the appeals court joined other circuits which have recently held that policies asking students to report their peers’ protected speech chills free expression. (FIRE agrees with the Eleventh Circuit’s conclusion, and we’ve urged other appeals courts — most recently, the Fourth Circuit — to reach the same result.) Moreover, the court’s reversal of the preliminary injunction is a strong suggestion that when the district court next examines this policy on its merits, it should find it is likely unconstitutional.

The policy, in short, is staggeringly broad, and any number of statements — some of which are undoubtedly protected by the First Amendment — could qualify for prohibition under its sweeping standards.

Second, the court held the discriminatory harassment policy is likely an impermissible content- and viewpoint-based restriction on speech. Consequently, even if UCF could show it had crafted its policy to narrowly serve a compelling interest in regulating the content of students’ speech (and the court held it could not), the policy would still fail because the First Amendment does not abide discrimination against a particular viewpoint. In this instance, the viewpoint at issue is anything “discriminatory,” i.e., a perspective that “denigrates rather than validates certain characteristics.”

Importantly, the court outright rejected UCF’s argument that Supreme Court precedent permitted regulating speech that could cause disruption at the university. This is precisely the issue on which FIRE advised the court UCF’s policy should fail.

FIRE is especially glad to see this outcome because we argued in our amicus brief that the Supreme Court cases giving grade schools latitude to regulate speech simply do not apply to higher education. In an extended footnote, the Eleventh Circuit analyzed UCF’s argument — which the district court accepted in denying a preliminary injunction — that the university should receive “the benefit of the more deferential standard” in Tinker, which held grade school administrators may regulate student speech that materially and substantially disrupts school activities.

FIRE’s amicus brief pushed back against this, explaining that the Supreme Court held long ago that students attending state colleges and universities possess the same First Amendment rights as the general public. Indeed, in Healy v. James, the Court expressly stated:

[P]recedents of this Court leave no room for the view that, because of the acknowledged need for order, First Amendment protections should apply with less force on college campuses than in the community at large.

We also explained that the Eleventh Circuit’s past holdings recognized that “the dangers of viewpoint discrimination are heightened in the university setting.” The Eleventh Circuit agreed, rejecting UCF’s claim that Tinker should apply.

Thanks to one brave high school cheerleader’s years-long fight for justice — over a split-second Snapchat post — student speech rights are stronger nationwide today.

That’s the right result. As FIRE argued in its brief, “[i]mposing speech standards crafted to govern schoolchildren upon the public college campus makes little sense.” First, the educational missions of each type of institution differ, and the university traditions of “thought and experiment” cannot function without free expression. Second, Tinker and the cases that followed explain that courts grant grade schools leeway to regulate speech because they often must act in loco parentis — in the place of parents — and children in public school are a captive audience. Neither of those issues concern adult students who choose to attend universities.

Additionally, because many students who attend public colleges live on campus, speech codes would follow them throughout the day, every day — an untenable outcome, even in the grade school context, as the Supreme Court made clear in Mahanoy Area School District v. B.L. The Eleventh Circuit thus held that UCF’s discriminatory harassment policy represented precisely the burden on students’ on- and off-campus expression in the college context that Mahanoy warned against in the K-12 context.

The Eleventh Circuit reached the correct outcome, and other circuits should follow suit in recognizing the harm that overbroad and viewpoint-discriminatory speech codes inflict on students. The ability to exercise freedom of expression is essential to maintaining an intellectually robust system of higher education. FIRE congratulates Speech First on this win for the students of UCF.