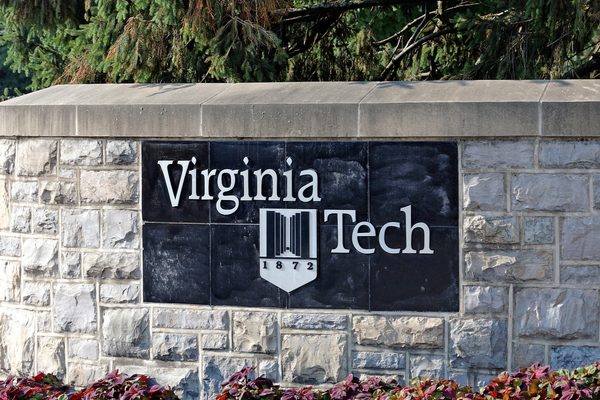 Bias Response Teams (BRTs) have proliferated in recent years on college and university campuses. FIRE’s research demonstrates that, where deployed, BRTs chill student speech across the political spectrum. Using the anti-terrorism slogan “See Something, Say Something!,” Virginia Tech’s Bias Intervention and Response Team (BIRT) does something particularly egregious: it acknowledges that certain speech is protected and thus not subject to discipline, then promises to intervene anyway.

In challenges brought by the organization Speech First, the U.S. Courts of Appeals for the Fifth and Sixth Circuits recently held that similar BRTs objectively chill student expression. However, in September, the U.S. District Court for the Western District of Virginia denied Speech First’s motion to prevent Virginia Tech from enforcing its bias response procedure, among other policies that infringe students’ freedom of expression.

On Tuesday, FIRE filed an amicus curiae brief in Speech First v. Sands, in support of Speech First’s appeal in the U.S. Court of Appeals for the Fourth Circuit.

In 2016, FIRE conducted an extensive survey examining the prevalence of BRTs on our nation’s campuses. The survey’s findings demonstrate that these initiatives generally act as speech police, soliciting student reports of “bias incidents” and intervening to investigate or punish even protected expression, should a student subjectively find it merely “hurtful.”

Virginia Tech’s Bias Intervention and Response Team promises that when students “see something” and “say something” the office will do something about speech that merely offends.

Even where they exclude protected speech from the definition of “bias incident,” BRTs still generally exist for the purpose of chilling speech deemed offensive by the institution (or its constituents). Approximately 63 percent of the universities FIRE surveyed staffed BRTs with administrators from student conduct offices, and 42% included security officials or even actual police. As FIRE wrote in our amicus brief, “The reach of BRTs is particularly troubling when considering an alarming 21% of public institutions surveyed invited bias reports on the basis of political affiliation.”

BRTs have been deployed to investigate College Republicans, Black Student Unions, and student journalists. As FIRE noted in our brief, institutions of higher education implement BRTs at the risk of chilling “the type of conversations meant to flourish on college campuses, leaving students ill-suited for participation in our pluralistic democracy.”

Virginia Tech’s definition of a “bias incident” expressly polices speech, targeting words “against” a person or “hurtful” to them, even where they do not fall under any category of unprotected speech. Acknowledging that some expression is neither criminal nor violates the Student Code of Conduct, Virginia Tech’s Bias Intervention and Response Team promises that when students “see something” and “say something” the office will do something about speech that merely offends.

This blatant focus on expression is what makes Virginia Tech’s BRT even worse than, for example, the University of Michigan BRT that the Sixth Circuit held unconstitutionally chilled student speech in Speech First v. Schlissel. That BRT at least purported to regulate “conduct.” Virginia Tech warns its students that it’s straight up coming for their speech.

Nothing in Virginia Tech policy stops them from discriminating based on viewpoint.

Every single example of “bias-related conduct” Virginia Tech provides, including “hosting a culturally themed party,” describes protected expression. Emulating the anti-terrorism model of policing by reporting, BIRT adopted the “See Something, Say Something!” slogan to encourage students to report their peers using a form that resembles an actual police report.

Ultimately, BIRT has the authority to both refer student bias reports to the police or other university adjudicative offices, and to call students in to meet for “educational” or “restorative” purposes. These are powers the Sixth Circuit — and the Fifth Circuit, in Speech First v. Fenves — held chilled student speech in violation of their First Amendment rights.

To be sure, BRTs can operate without violating the First Amendment: providing resources to reporting students, creating programs for its community at large, or just better trying to understand students’ perspectives. But as FIRE wrote in our brief, “nowhere in Virginia Tech’s bias reporting materials does it suggest BIRT seeks to do any of those things.”

Virginia Tech’s other speech codes need to go, too

In FIRE’s 2021 College Free Speech Rankings, Virginia Tech ranked 107 out of the 154 colleges surveyed, due in part to ten ambiguous policies that threaten student speech by too easily encouraging administrative abuse and arbitrary application. One of those policies, Virginia Tech’s “informational activities” policy, contains several provisions that unconstitutionally inhibit students’ freedom of expression.

First, Virginia Tech requires any student who wants to distribute informational materials anywhere on campus to obtain a permit before handing out a single flier. To make matters worse, the university gives unbridled discretion to the administrators who grant such permits, meaning nothing in Virginia Tech policy stops them from discriminating based on viewpoint.

The policy also denies individual students the ability to get a permit unless they can obtain sponsorship from a university-affiliated organization. While that might be easy for some students, others with less popular viewpoints might end up being rebuffed by official groups, stifling the ability of individuals with dissenting opinions to contribute to on-campus debate.

The Court should join its sister circuits in recognizing the chilling effect of Bias Response Teams.

Lastly, Virginia Tech’s informational activities policy requires students to distribute materials only “in such a manner as to avoid litter,” suggesting they — not those who actually litter —  will be held responsible if their fliers end up on the ground. The threat of possible punishment if other students don’t care about your message (or the environment!) is just another disincentive to participate in the discourse that is supposed to flourish on college campuses.

FIRE pointed out to the Fourth Circuit that, should it allow the lower court ruling to stand, it “gives administrators everywhere license to implement unconstitutionally restrictive measures just like it.” The Court should join its sister circuits in recognizing the chilling effect of Bias Response Teams, and recognize Speech First has standing to seek a preliminary injunction to stop these unconstitutional speech codes.