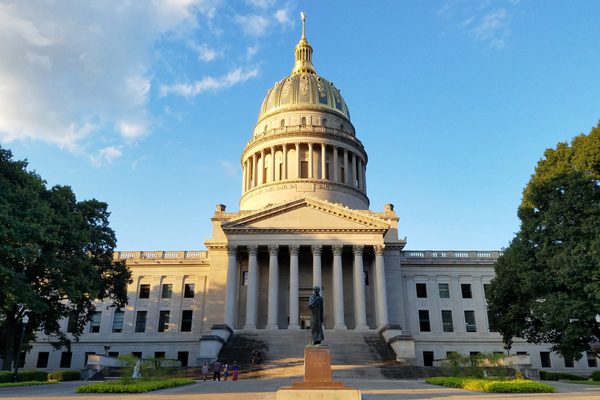 On the positive side of the ledger, the bill tackles overbroad anti-harassment codes by adopting the speech-protective definition of student-on-student harassment set forth by the Supreme Court of the United States in Davis v. Monroe County Board of Education. The “Davis” standard as adopted by West Virginia defines student-on-student harassment as conduct that “is so severe, pervasive, and objectively offensive, and that so undermines and detracts from the victims’ educational experience, that the victim-students are effectively denied equal access to an institution’s resources and opportunities.” In enacting this provision, West Virginia becomes the ninth state to take steps to align its anti-harassment policies with First Amendment law, joining Alabama, Arkansas, Montana, North Dakota, Ohio, Oklahoma, Tennessee and Utah. Regulations promulgated by the federal government in 2020 also adopted the Davis standard to govern Title IX cases.

SB 657 also bars public colleges and universities from denying belief-based student organizations any benefit or privilege made available to other student organizations. The legislation provides a cause of action to any person or student organization aggrieved by a violation of the act, allowing them to sue the institution in state court for the alleged violation. The bill further requires each institution of higher education to develop materials that educate the campus community on the institution’s free speech policies, and instructs each college and university to publicly post on its website any policies it has enacted regarding protected expressive activity under the First Amendment. All of these features will benefit students in West Virginia.

Despite all of these protections, it’s the bill’s attempt to tackle misleadingly labeled “free speech zones” that weakens the new law. At first blush, the bill’s wording looks good:

But while the language is clearly attempting to ensure that time, place and manner restrictions abide by the requirements of the First Amendment, the bill makes two important mistakes. First, it does not accurately capture the legal standard used by courts. Courts require time, place and manner restrictions to be content- and viewpoint-neutral, whereas the bill only requires content neutrality.

Second, the bill applies this incorrect standard for time, place and manner restrictions to the entirety of the campus, not just to open outdoor areas that are generally accessible to the public or to indoor spaces where colleges allow for expressive activities. This formulation of the provision is less than ideal because even if the standard were correct, schools might now be limited in how they can regulate expressive activities in administrative offices, classrooms, etc. — all locations to which courts have avoided extending free speech rights, for sensible reasons.

Although FIRE is pleased West Virginia took action to protect the free speech rights of students, flaws in this legislation should be addressed as soon as the legislature reconvenes in 2022. It’s clear from the unanimous support received by this bill that lawmakers in West Virginia want to do the right thing to protect campus free speech. FIRE hopes they will be willing to make the revisions necessary to do so correctly.

Until then, as we have already done with dozens of institutions across the country, FIRE stands ready to assist West Virginia colleges as they revise their policies in light of the law’s requirements. This work is performed free of charge to institutions or taxpayers, in accordance with FIRE’s charitable mission.