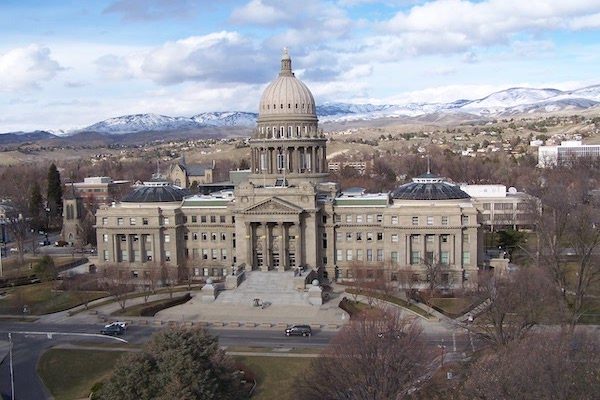 In April, Idaho Lt. Gov. Janice McGeachin assembled a “task force” to “examine indoctrination in Idaho education and to protect our young people from the scourge of critical race theory, socialism, communism, and Marxism.”

The creation of the task force followed quickly on the heels of legislative efforts that targeted classroom discussion of “social justice,” “critical race theory,” and “racist or sexist” concepts.  That intense political pressure had an immediate chilling effect on academic freedom at Boise State University, where dozens of diversity-related courses were suspended based on an unsubstantiated rumor of racial harassment.

Four months later, the task force is planning to propose legislation. While we don’t yet know what that will look like, the task force’s failure to make any serious effort to consider the importance of academic freedom in higher education does not inspire confidence.

Not a promising start

In her press release announcing the task force, McGeachin, who is running for governor in the 2022 election, declared, “We must find where these insidious theories and philosophies are lurking and excise them from our education system.” She has railed against “the radical left’s attempts to indoctrinate America’s schoolchildren with some of the most toxic and anti-American theories ever conceived.”

Shortly after Gov. Brad Little signed into law HB 377, which prohibits colleges and universities from compelling students to affirm specific political viewpoints (but does not prohibit the teaching of critical race theory or related concepts), the lieutenant governor said the law “is a small first step, but we still need to address critical race theory more directly.”

Encountering views you find deeply objectionable is not a problem to be rooted out of higher education; it is a feature.

The task force includes politicians and political activists, some with spotty records on free speech: Two members recently wrote an op-ed supporting efforts to limit academic freedom, including proposed legislation that, had it not stalled in the 2021 session, would have directed universities to eliminate courses “that are infused with social justice.” Last month, one member quit, commenting that the task force “seems to have more to do with partisan campaigning than it does with approaching a sensitive topic with respect, care, and the involvement of all voices at the table.”

Is indoctrination actually as big a problem as the lieutenant governor claims? Shortly after the task force was created, it solicited public feedback on the issue through a form on its website.

According to the Idaho Press Club’s filing in court, Audrey Dutton, a reporter with the Idaho Capital Sun, made the initial request in April. In response, the lieutenant governor’s office said that the submissions contained names, contact information, and other personally identifiable information that needed to be redacted. They estimated that this work would take 28 hours and cost Dutton $560. A few weeks later, an Idaho Statesman reporter’s nearly identical request elicited an estimate of $1,540 for 79 hours of work.

The lieutenant governor’s June 4 Facebook post confirmed she was not happy with the requests, suggesting the media might use the information to “encourage employers and government agencies to retaliate against Idahoans who have expressed concerns about Idaho’s education system.” However, pressed in a June 16 radio interview, she conceded that the “public should know where the comments are coming from” (that is, whether they are from Idahoans or from out of state) and that “most of the comments that are coming in are critical of our effort.”

Earlier this month, FIRE submitted its own request for the comments received through the feedback form. The lieutenant governor’s office initially responded that it would need to redact “nonpublic information” and, as with the previous requests from reporters, cited a slew of bogus legal exemptions to justify those redactions. None of these exemptions apply, and almost all of them are so obviously irrelevant that it’s hard to believe they were invoked in good faith.

Under Idaho’s public records law, the starting presumption is that all government records are open to the public. The government can withhold or redact records only if it can show that the records, in whole or in part, fit into one of the law’s narrowly defined exemptions.

The lieutenant governor’s office gave a long list of exemptions without any accompanying explanation. Here is just a sample of the statutory text of some of the cited exemptions and why they don’t apply:

The lieutenant governor’s office also cited various federal statutes, again without explanation. Those included the Family Educational Rights and Privacy Act, or FERPA, which protects the privacy of students’ education records and expressly applies only to schools that receive federal funding; the federal Freedom of Information Act, which governs requests for records from federal agencies; and the Privacy Protection Act of 1980, which prohibits the government from searching newsrooms or seizing journalists’ records, except under specified conditions.

In an attempt to expedite our records request, FIRE asked for the redacted version of the public feedback from April 21 to May 3 that had been offered to one of the journalists for $560. The lieutenant governor’s office agreed to provide it, and we were pleased to see the comments were mostly unredacted.

Politicized efforts to root out certain subjects or ideologies from the academy are not the answer.

You might then wonder why we care about the long list of inapplicable exemptions. When the government claims exemptions that don’t apply, it frustrates the purpose of freedom of information laws: transparency. Members of the press and public might give up on requests, reasoning that the requests will be too riddled with redactions to be worth the cost, or may have to retain a lawyer in order to contest improper redactions. That’s money that public interest organizations, small newspapers, individual journalists, and other members of the public may not have. And even if they do have it, they should not be forced to pay for the government’s misapplication of the law. When the media and government watchdogs are priced out of the market for access to public information, government transparency suffers.

The substance of the public feedback might explain why the lieutenant governor’s office was not eager to release it. The overwhelming majority of the thousands of comments disputed the existence of indoctrination in Idaho schools and were highly critical of the task force. The validity of many of these comments is questionable, as there was at least one concerted effort to flood the task force with negative feedback, and a single person could fill out the form multiple times. That may account for many of the profane and sardonic comments. Of course, the lieutenant governor could clear up some of this confusion by being transparent about what was submitted, rather than interposing frivolous objections to public records requests.

Nevertheless, many of the comments at least appeared to be genuine. For example, a Boise State student commented:

For the most part I don’t know the political leanings of my teachers, there are some I assume are liberal and some I assume are conservative because of the very subtle ways they discuss some aspects of the political process, but they never bring up their own opinions on topics or issues because they want their students to reach their own conclusions. I’ve had many classes where liberal and conservative students have debated political issues and my teachers have always made sure that everyone got a chance to speak and be heard without being unfair to one side or another.

Even if you discount the many comments denying indoctrination, only about twenty comments from faculty members, college students, or parents of college students complained of indoctrination or bias in higher education. To be sure, some of those are troubling. For example, a student said they took “multiple classes” that involved “subjects of ‘white guilt’ and colonization where if your assignment did not agree with them you would receive very poor grades, regardless of the quality of the paper.” If true, that smacks of indoctrination. As the American Association of University Professors has said, indoctrination occurs not when instructors offer their views on a subject, but when they “dogmatically insist on the truth of such propositions by refusing to accord their students the opportunity to contest them.”

But other comments refer to “indoctrination” without giving specific details, or give details showing only that the commenter was unhappy with hearing certain viewpoints. On the whole, the feedback doesn’t prove that indoctrination isn’t happening at all, but neither does it support the notion that the state’s colleges and universities have become reeducation camps.

FIRE will continue to watch the task force’s activity and oppose any attempts to limit the academic freedom and First Amendment rights of students and faculty.

When it occurs, indoctrination in higher education is a serious problem, and one that FIRE has vocally opposed. But it is important to realize what indoctrination isn’t. For instance, another student complained about a professor who “compared the Ku Klux Klan to Trump supporters saying that they were misusing symbols of God.” The student may have strongly disagreed with the professor’s political views or been offended by the professor’s remark, but that alone doesn’t mean the professor was violating the student’s freedom of conscience or suppressing dissent. Encountering views you find deeply objectionable is not a problem to be rooted out of higher education; it is a feature.

Being a political minority on campus, or having a professor who wears his political beliefs on his sleeve, does not necessarily mean you are being indoctrinated. As FIRE President and CEO Greg Lukianoff said back in 2005:

While ‘immersing’ students in one side of the debate while discounting others is arguably bad pedagogy and not keeping with the best principles of open debate and discussion, no one’s conscience is violated simply because his or her view is unpopular (even extremely unpopular) on campus.

The real problems are “viewpoint discrimination that keeps dissenting voices from being heard” and “the improper use of power to coerce people to do something regardless of what their conscience might tell them.”

Certainly, we should encourage and celebrate a diversity of views on campus, but the best way to promote that value is to stay vigilant against unlawful and unwise restrictions on speech and to champion a climate of free expression. Politicized efforts to root out certain subjects or ideologies from the academy are not the answer. Academic freedom, which is central to a university’s core mission of advancing knowledge, must remain a paramount value.

At their third meeting Thursday, members of the task force heard from a New Zealand man described by the Southern Poverty Law Center as “a far-right conspiracy theorist.” https://t.co/AjzkAccc99

A recent report indicates the task force is planning to propose legislation at or after its next session. Legislation that bars faculty from teaching controversial views on race, sex, or other topics violates crucial principles of academic freedom and, at public institutions, the First Amendment. While the state may be able to regulate the positions the institution takes in orientations and non-classroom trainings, and may prohibit faculty from compelling students to personally agree with disputed perspectives, the state cannot impose bans on controversial ideas in the classroom.

The government must also be very careful to ensure that any laws it enacts provide ironclad protections for free speech and academic freedom to avoid what we have seen in Iowa and Oklahoma, where unreasonable interpretations of recently enacted laws have led universities to restrict classroom discussion of certain “divisive concepts” or to cancel a course on race and ethnicity.

FIRE will continue to watch the task force’s activity and oppose any attempts to limit the academic freedom and First Amendment rights of students and faculty.