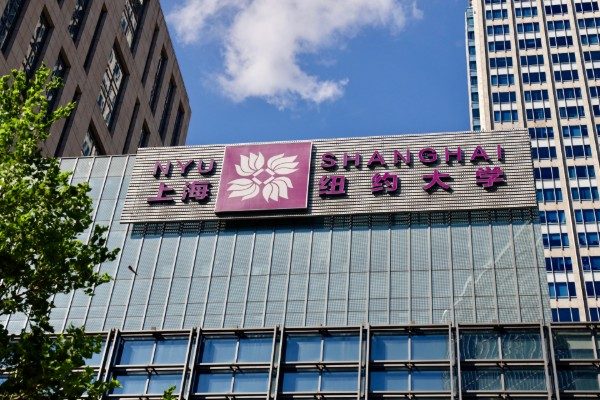 In testimony before a Subcommittee of the U.S. House of Representatives, New York University Shanghai Vice Chancellor Jeffrey S. Lehman said of NYU’s initiative in China: “NYU agreed to participate on the conditions that it would have absolute control over the school’s curriculum, faculty, teaching style, and operations, and that it would receive an ironclad guarantee that it could operate the school according to the fundamental principles of academic freedom.”

Lehman’s 2015 testimony was at a hearing titled: “Is Academic Freedom Threatened by China’s Influence on U.S. Universities?”

But Lehman’s claim about “absolute control over the school’s curriculum, faculty, teaching style, and operations” was challenged this week by a report about a Chinese “civic education” course at NYU Shanghai.

According to VICE, the course was added “at the behest of the Chinese government” and “included a visit to a monument commemorating a close advisor of Mao Zedong and screenings of video lessons like ‘Promoting the Prosperity and Development of Socialist Culture with Chinese Characteristics.’” Students noted the course was not listed on NYU Shanghai’s class registration system. Instead, students from China were informed of the class by administrators via WeChat. 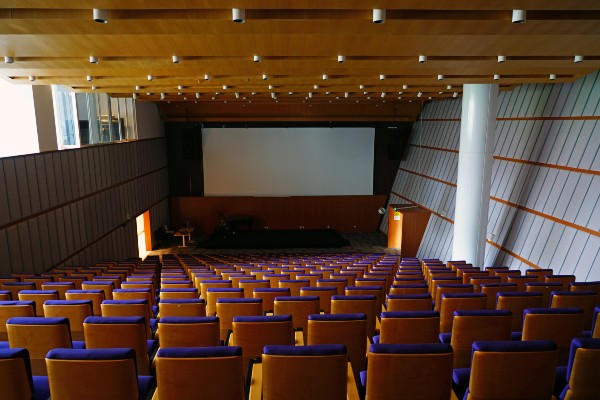 A lecture hall on the campus of NYU Shanghai. (EQRoy / Shutterstock.com)

An NYU Shanghai spokesperson responded to questions about the course by stating that it was not listed in the course registration system because it is a government requirement only for Chinese citizens:

This reporting raises questions — and not for the first time — about the independence of American satellite campuses in authoritarian countries like China, Qatar, and the United Arab Emirates, where NYU offers an Abu Dhabi campus that has experienced its own series of controversies. (A new resource from FIRE maps American satellite campuses, their free speech commitments, and their host countries’ attitudes toward civil liberties. Check out the database to learn more.)

As Lehman himself testified years ago, it’s important for universities operating in China to have “absolute control over the school’s curriculum, faculty, teaching style, and operations.” Can NYU Shanghai say with certainty that it maintains such control if it’s required to give a government-mandated course to Chinese students that it chooses not to publicly list?

The course was not listed on NYU Shanghai’s class registration system. Instead, students from China were informed of the class by administrators via WeChat.

At the very least, NYU Shanghai should publicly account for the Chinese government’s requirement, rather than relegating information about it to a private messaging app instead of its official course registration system.

To avoid scenarios like these, FIRE’s “Commitment to Campus Free Expression at Home and Abroad” asks universities to prioritize expressive freedoms in their partnerships and encourages administrators to be transparent about what conditions they must submit to in their agreements with other institutions or governments. After all, students and faculty should know what goes on at the institutions they’ve agreed to attend.

Indeed, just last week Cornell University released ethics guidelines outlining how the university should respond if its partnerships result in academic freedom violations. Cornell is no stranger to tough questions about expressive rights abroad. Last year, the university suspended its partnership with Renmin University of China in response to the institution’s crackdown on student activists. Its new guidelines, echoing this decision, emphasize the importance of both collaboration and academic freedom, but advise that the university will consider discontinuing the former if necessary to preserve the latter.

Cornell’s announcement was a welcome move, and FIRE hopes to see more universities follow suit. Controversies over institutional independence and academic freedom of American universities in China — and other significantly unfree countries — are unlikely to subside any time soon, as the latest news out of NYU Shanghai shows.