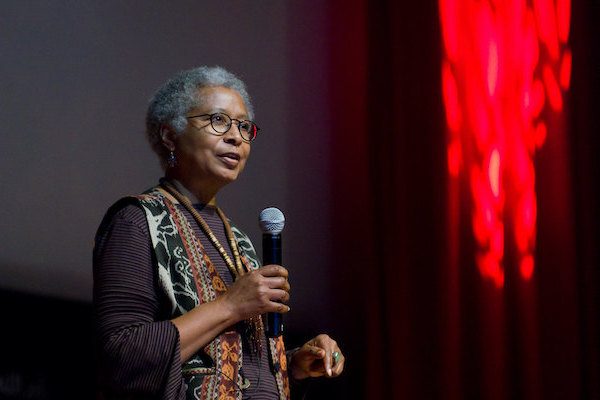 Last month, San Diego Community College District professor Inna Kanevsky replied to a tweet from the district chancellor, criticizing the decision to invite author and activist Alice Walker to speak at the chancellor’s investiture ceremony. Minutes later, the chancellor blocked Kanevsky’s account and told her, “I’m not gonna let you troll me online.” Several days after that, Kanevsky’s dean asked her to delete a tweet criticizing the chancellor and dean for not taking a stand against anti-Semitism.

FIRE wrote to SDCCD yesterday, calling on it to end its unconstitutional censorship of Kanevsky’s online speech.

SDCCD ultimately canceled the investiture in the face of widespread criticism. FIRE has long expressed concerns about colleges and universities disinviting speakers based on viewpoint. At the same time, we strongly oppose any efforts to censor or punish faculty or students for exercising their own right to condemn — and even call for an institution to rescind — a speaking invitation.

Administrators attempt to shut down criticism from faculty

SDCCD planned to hold an investiture ceremony on May 31 to recognize Carlos O. Cortez as the district’s new chancellor, with Alice Walker featured as the keynote speaker. The decision to invite Walker drew criticism from individuals and organizations within the district and local community who accused her of amplifying anti-Semitic conspiracy theories.

Kanevsky, who teaches at San Diego Mesa College, was among those critics. She took to Twitter to voice her frustration and disappointment. In reply to a tweet from the @ChancellorSDCCD account promoting the investiture, Kanevsky wrote, “Please consider NOT harming the Jewish students and faculty by having such an antisemitic ‘superstar’ speak.  Would you invite a known racist or homophobe?”

The First Amendment applies to the account, and the interactive space below each tweet — which is generally accessible to other users for comment — creates a public forum.

That tweet quickly earned her a block and a direct message from Cortez on Twitter saying: “First I wonder why you haven’t written me directly. Second, I appreciate your right to free speech, but I’m not gonna let you troll me online. Respect goes both ways.”

On May 23, SDCCD canceled the investiture. In a statement, Cortez said that “concerns have been expressed about the political beliefs and writings of the investiture keynote speaker, Alice Walker.”

In a subsequent conversation with her dean, Pearl Ly, Kanevsky expressed frustration with what she considered the failure of college leadership to condemn Walker’s anti-Semitic beliefs and to show support for Jewish faculty. According to Kanevsky, Ly told her that some people will just “have a different opinion.”

A few days later, Kanevsky tweeted, “My copies of the books on antisemitism arrived.” Under the heading of “examples of things @SDCCD chancellor and my dean think are just differences in political views,” Kanevsky posted screenshots of passages from the books discussing Nazis’ beliefs about Jews. Ly then sent Kanevsky a direct message through Twitter saying: “Inna – I respectfully ask you to remove this tweet. It is defamatory and threatens me professionally and personally. Please consider that I have a young child to protect.” Kanevsky deleted the tweet.

For most people on social media, blocking accounts is a perfectly lawful way to avoid unwanted interactions with other users. But government officials are not most people. Numerous court decisions have established that when government officials act in their official capacities to create a forum where others can speak — such as an interactive social media page accessible to the public, even on a private platform like Twitter or Facebook — they must abide by the First Amendment. That means they cannot burden or censor online speech because of the viewpoint it expresses. On Twitter and Facebook, that effectively prevents government officials acting under color of law from blocking people for expressing disfavored views.

It’s possible that Ly’s message asking Kanevsky to delete the tweet was intended as a request that she was entirely free to reject — but Ly didn’t make that clear.

The @ChancellorSDCCD account has the hallmarks of a government account. The user name references Cortez’s official title, the account bio prominently displays that title and tags the main @SDCCD account (which itself frequently refers users to the chancellor’s account), and Cortez regularly uses the account to communicate with members of the SDCCD community and convey information about happenings in the district. This means the First Amendment applies to the account, and the interactive space below each tweet — which is generally accessible to other users for comment — creates a public forum.

As we told SDCCD:

The act of blocking Kanevsky in response to her tweets criticizing the planned Alice Walker appearance is a clear instance of viewpoint discrimination that violates Kanevsky’s First Amendment rights, and that violation continues each day the block remains in place.

Legally, Cortez is free to ignore Kanveky’s tweets, but he isn’t free to prevent her from participating in a public forum where individuals can voice their concerns to public officials.

Kanevsky’s tweet expressing frustration with the dean’s and chancellor’s response to criticism of Alice Walker was undoubtedly protected speech. Dean Ly’s request that Kanevsky delete the tweet was another clear case of viewpoint discrimination, which isn’t excused by inaccurately labeling speech “defamatory.”

To satisfy the strict legal standard of defamation, a statement must be, among other things, provably false. Courts have made clear that hyperbole and expressions of opinion — including rhetorical characterizations of another’s beliefs or attitudes — cannot constitute defamation.

As FIRE explained to Cortez and SDCCD:

Kanevsky’s reference to writings on Nazi beliefs about Jews was employed for rhetorical effect to highlight, in her view, the need for SDCCD administrators to vocally condemn anti-Semitic beliefs, and the folly of treating anti-Semitism as merely an alternative political view. Kanevsky’s speech was not a “provably false” statement of fact but instead reflected her subjective perception of your and the dean’s attitude toward anti-Semitism.

It’s possible that Ly’s message asking Kanevsky to delete the tweet was intended as a request that she was entirely free to reject — but Ly didn’t make that clear. We cautioned SDCCD that administrators “must be careful to distinguish between demands and non-mandatory requests.” A “request” to censor speech sounds a lot more like a demand when it comes from one’s superior — especially when it suggests that the speech is unlawful.

FIRE asked SDCCD to respond to our letter by June 30, confirming that Kanevesky is unblocked from interacting with the @ChancellorSDCCD account, and that her online speech will be free from institutional censorship going forward.