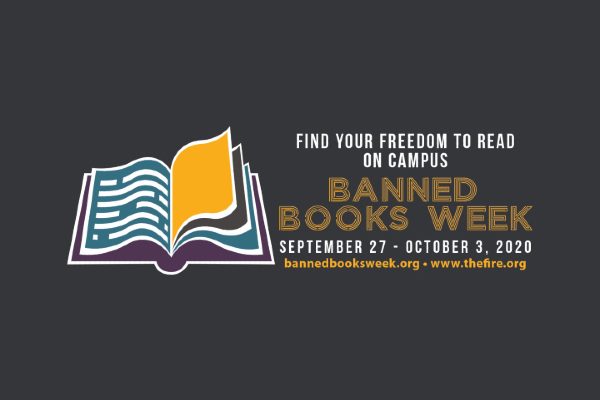 Efforts to restrict access to books — or even burn them — may seem like relics of the past. Unfortunately, that isn’t the case. Today, we’re honoring Banned Books Week by looking at recent challenges to the freedom to read in the United States and abroad.

Controversies and challenges at U.S. colleges and high schools

As FIRE’s case history shows, college campuses have not been immune from book controversies. Shortly after Banned Books Week in 2019, an incident at Georgia Southern University served as a reminder that education about engagement with difficult or controversial reading material is still vital. Last October, some Georgia Southern students burned copies of “Make Your Home Among Strangers,” required reading in some first-year classes, following author Jennine Capó Crucet’s lecture on campus. The book burning sparked widespread criticism, and Georgia Southern President Kyle Marrero sent the following email to the university community:

From what we have been able to determine, the night’s events were another example of freedom of expression and a continuing debate of differing ideas, which are tenets of our ongoing efforts to align with our values and initiatives encompassing inclusive excellence. Specific to the reported events of that evening, while it’s within the students’ First Amendment rights, book burning does not align with Georgia Southern’s values nor does it encourage the civil discourse and debate of ideas.

Marrero’s message was spot on. Students’ expressive act of burning books is itself protected by the First Amendment. But any would-be book burners should consider learning about the ugly history of book burning, as well as more constructive ways to engage with, rather than incinerate, difficult reading material.

The incident at Georgia Southern was not the only one that caught FIRE’s attention last year. In Aug. 2019, FIRE wrote to The New School after professor Laurie Sheck was summoned to a mandatory meeting with the university’s director of labor relations due to “student complaints made under the University’s discrimination policy” after she led a class discussion about the writings of literary icon James Baldwin.

While discussions about reading material on difficult topics, like race and bigotry, can prove controversial or uncomfortable, classrooms like Sheck’s are precisely where those conversations should be fostered.

Earlier that year, Sheck had assigned “The Creative Process,” a 1962 essay in which Baldwin asserted that Americans have “modified or suppressed and lied about all the darker forces in our history” and must commit to “a long look backward whence we came and an unflinching assessment of the record.” In Sheck’s graduate seminar, the class discussed Baldwin’s statement, “I am not your nigger,” which he made during a guest appearance on The Dick Cavett Show. Sheck noted that the title of the Oscar-nominated 2016 documentary based on Baldwin’s writings, “I Am Not Your Negro,” intentionally altered Baldwin’s words. She asked the class what this change may reveal about Americans’ ability to reckon with what Baldwin identified as “the darker forces of history.” Just days after FIRE’s letter reminding The New School of Sheck’s academic freedom rights, the university reversed course and determined that Sheck did not violate university policy.

While discussions about reading material on difficult topics, like race and bigotry, can prove controversial or uncomfortable, classrooms like Sheck’s are precisely where those conversations should be fostered. The same can be said for K-12 classrooms — which all too often prove to be targets of book removal demands.

This April, the school board of the Matanuska-Susitna Borough School District in Alaska earned a healthy dose of criticism when it voted to remove five books — “The Things They Carried,” ‘I Know Why the Caged Bird Sings,” “Catch-22,” “Invisible Man,” and “The Great Gatsby” — from a high school reading list. Regarding the then-removed books, board member Jeff Taylor asked, “Is there a reason that we include books that we even label as controversial in our curriculum? I would prefer that these were gone.” Another board member, Jim Hart, reportedly “said that he had not read Fitzgerald’s ‘The Great Gatsby’ since high school and had used Sparknotes to research the controversial books rather than reading them.”

The National Coalition Against Censorship and other advocacy groups warned the school district that “[b]asing curricular decisions on fears of controversy presents the danger of viewpoint discrimination and is, therefore, not only educationally misguided, but also constitutionally suspect.” The indie-rock group Portugal. The Man stepped in too, offering to send copies of the books to affected students. Fortunately, the board rescinded its decision in May.

Just this month, NCAC had to warn more high schools about book bans. California’s Burbank Unified School District instructed teachers — apparently against district regulations — to stop teaching books including “Huckleberry Finn” and “To Kill A Mockingbird” while a challenge against them is under review. And in Nevada, Palo Verde High School’s principal reportedly removed “Fun Home” — a common target of book bans, even on college campuses — from an English honors reading list in response to a complaint, also in violation of district policy.

The United States is far from the only country that experiences challenges to literature — and in some parts of the world, the situation is dire. China’s national security law for Hong Kong, which was imposed in late June, has already had an effect on the freedom to read. The law is likely one of the most severe threats to freedom of expression today, and offers serious consequences for political expression that falls under vague bans on “separatism” and “subversion.”

It didn’t take long for Hong Kong’s libraries and schools to feel the toll. In July, within days of the law’s passage, education officials warned schools “to review their book collections and immediately remove those titles that might breach” the law, and Hong Kong’s libraries pulled books authored by pro-democracy figures so they could “be reviewed to see if they violate the new law.”

France, too, had a brush with book censorship this summer when adviser to France’s gender equality ministry Ralph Zurmély threatened book publisher Monstrograph with legal action over the book, “I Hate Men,” which “explores whether women have good reason to hate men.” Zurmély wrote:

This book is obviously an ode to misandry (= hatred of men), both in terms of the summary on your site and in reading its title. I would like to remind you that incitement to hatred on the basis of sex is a criminal offence! Consequently, I ask you to immediately remove this book from your catalogue under penalty of criminal prosecution[.]

The Guardian reports that, after Zurmély’s threat, over 2,500 copies of the book were sold, leading the publisher to issue two reprints. The author, Pauline Harmange, had “expected it to sell at the most a couple of hundred copies among friends and readers of her blog.”

If anything, this effort to ban “I Hate Men” offers a helpful reminder to other would-be censors that, rather than achieving their goals, they’re more likely to experience the Streisand effect. Hopefully more of them learn this lesson before next year’s Banned Books Week.