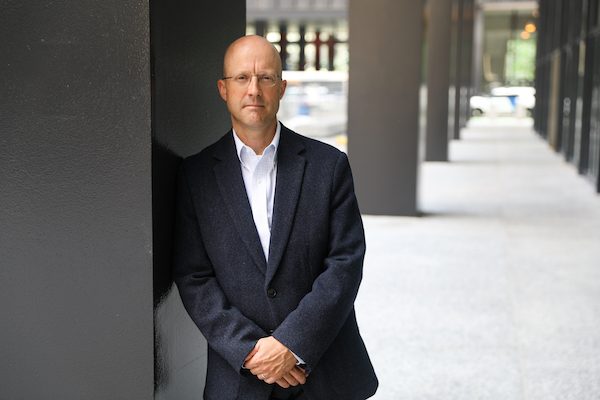 Just a few months after agreeing not to punish law professor Jason Kilborn for his use of pedagogically relevant references to redacted slurs on an exam, the University of Illinois Chicago is going back on its promise. UIC’s latest violation of Kilborn’s First Amendment rights comes weeks before he is set to return to the classroom in January.

This July, professor Kilborn reached a resolution with UIC with help from FIRE’s Faculty Legal Defense Fund and FLDF lawyer Wayne Giampietro. Kilborn agreed to alert the dean before responding to student complaints about racial issues and to having his classes audio recorded. Kilborn welcomed both of these stipulations in order to protect himself against spurious complaints, and had in any case decided to take those actions independently.

FIRE is committed to using all the resources at its disposal to defend professor Kilborn’s rights.

Having done nothing wrong, Kilborn did object to requirements that he attend mandatory sensitivity training or sign a non-disclosure agreement that would have barred him from publicly commenting on his ordeal. Kilborn’s final agreement with UIC recommended that he attend an ad hoc diversity reading group, but it was clear that it was nothing more than a recommendation unless future transgressions occurred.

No such transgressions have occurred, but UIC has nevertheless now told Kilborn that, despite their previous understanding, he will be required to participate in individualized “training on classroom conversations that address racism” before he can return to the classroom. This turnabout by UIC comes amid renewed outcry from student groups that previously objected to Kilborn’s choice of pedagogical materials — but whose complaints only recently caught the attention of the Rev. Jesse Jackson. While the facts have not changed since the resolution of the original complaints, Jackson’s attendance at a rally earlier this month supporting the students (which was heavily covered by press after the 80-year-old Jackson’s fall days earlier at Howard University where he hit his head and was hospitalized) brought renewed attention to Kilborn’s case. The trouble is, the UIC report at the basis of this renewed outcry is irreparably flawed, as outlined by Andrew Koppelman in the Chronicle of Higher Education.

By requiring Kilborn to participate in this individualized diversity training, UIC has not only violated his right to academic freedom, but has also breached a promise it made to Kilborn and his FIRE-provided attorney.

This is, to put it plainly, a new low for UIC. The university must immediately remove this unjustified requirement. Should it fail to do so, FIRE is committed to using all the resources at its disposal to defend professor Kilborn’s rights.