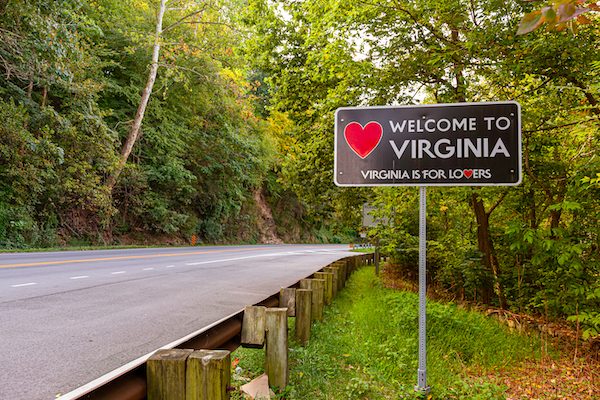 Yesterday morning, the Virginia House of Delegates Education Committee passed House Bill 406, a supplement to four Virginia statutes that protect crucial First Amendment rights. HB 406 would give students and student organizations a critical avenue to enforce those rights by adding a cause of action to sue in state court.

The bill, introduced by Delegate Nick Freitas, now moves to the full House of Delegates for further deliberation.

The vote came two days after FIRE Legislative Fellow Greg Gonzalez testified in support of HB 406 during a hearing of Virginia’s House Higher Education Subcommittee. FIRE previously supported a few of the four statutes referenced above, including laws that ban free speech zones at public universities, ensure students can distribute literature freely on campus, protect student associational rights, and safeguard a free student press. Unfortunately, none of these laws include any mechanism to enforce the rights they provide. HB 406 would fill that gap.

And, as Greg pointed out in his testimony, public universities do maintain policies that are blatantly unconstitutional despite the additional state legislation:

To just give a couple of examples, a College of William and Mary policy still requires handbills distributed by students to “conform to acceptable community standards.” What constitutes “acceptable community standards” is, of course, hopelessly vague. At Virginia Tech, the university unconstitutionally requires approval for the distribution of literature and petitioning for signatures on campus.

Without a strong enforcement mechanism, colleges and universities have avoided accountability for unconstitutional policies like these thanks to the often limited standing of students to challenge university policies. For example, courts have dismissed First Amendment lawsuits as moot when student claimants graduate — something we call the “graduation loophole” — ruling that former students lost standing because they were no longer in a position to have their rights violated by the university under the policy in question. While the Supreme Court may have resolved that issue with respect to federal cases in its March, 2021 decision Uzuegbunam v. Preczewski, it is unclear if states will apply the Supreme Court’s rationale to state-based mootness questions.

HB 406 would take one step, albeit imperfectly (more on that in a minute), toward creating meaningful opportunities for redress by allowing state courts to award damages to Virginia students. As Greg explained:

Rights without clear remedies are less effective, and give less of an impetus for universities to change their unconstitutional policies, than those that include a process for enforcing those rights. As such, we welcome this bill. Creating a clear avenue for aggrieved students to vindicate their rights in the Virginia Judicial System will mean that these rights are actually realized throughout the Commonwealth.

Indeed, we recently observed the usefulness of clear remedies in Alabama, where a group of students used a statutory cause of action provision to file suit against the University of Alabama in Huntsville for maintaining so-called “free speech zones” while barring spontaneous expression in the other generally accessible outdoor areas of campus, both of which violate the constitution and are prohibited by state law.

While an avenue for aggrieved students to sue under these statutes would be helpful, HB 406 could do more to fully close the graduation loophole at the state level. Ideally, the bill would be amended to require courts to award some minimum amount of damages any time they find a violation of one of the rights enumerated by these laws. If implemented, this requirement would solve the problem, because even if a student were to graduate, the state court would be required to carry the case to conclusion to award statutory damages. Without this critical change, the closer a student is to graduation when the violation occurs, the less likely it is they will be able to use the proposed statute in state court effectively. However, as existing law stands, no students can avail themselves of a statutory remedy — so HB 406 is a big and meaningful step in the right direction.

Cause of action provisions make clear that campus free speech laws aren’t just window dressing to the First Amendment. Legislatures that explicitly enshrine these rights in state law should also ensure violators face consequences. FIRE thanks Delegate Freitas for introducing HB 406 in that spirit, and urges Virginia’s legislators to enhance their state’s already praiseworthy protections for campus expression by supporting this bill.