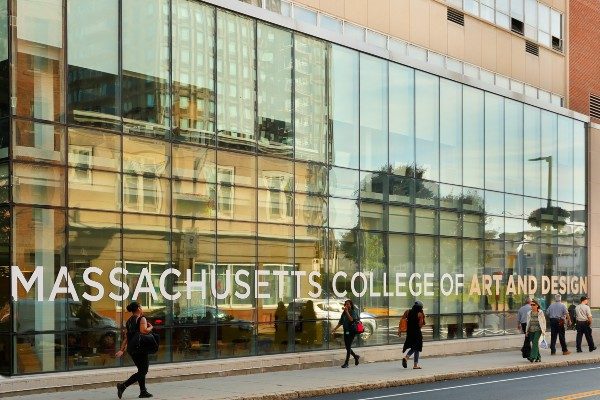 Editor’s Note: This is the fourth in a multi-part series on the country’s worst IT policies, prompted by universities’ large-scale move to online learning during COVID-19. Policies selected for this series either broadly apply to students posting/sending online content on or off campus, or specifically target students’ social media use.

As FIRE highlights the university technology policies that most seriously infringe students’ right to speak online, we see some general trends among them. Most frequently, the bulk of a given policy is legally compliant but contains language — some words here, or a few lines there — that sweep in protected speech, rendering the policy ripe for selective enforcement and viewpoint discrimination. The policies we’ve chosen for this series do so in a way that’s particularly egregious. But today we draw your attention, even among the worst of the worst, to an outlier: the Technology Acceptable Use Policy at the Massachusetts College of Art and Design — which is so impressively bad due to the sheer number of blatantly unlawful bans it includes.

While we’re routinely able to offer up small suggestions to bring policies in line with universities’ legal obligations, we think MassArt might want to ditch the red edit pen altogether and completely start over. (As always, we can help. More on that in a bit.)

MassArt is a public school bound by the First Amendment to respect students’ expressive rights, but you’d never know it by looking at their IT policy, which purports to impose a variety of bans on constitutionally protected speech. Let’s start with the opening policy statement banning “unwarranted annoyance”:

Appropriate use is always legal, ethical, and shows restraint in the consumption of shared resources, and demonstrates respect for … individuals’ rights to freedom from intimidation, harassment, and unwarranted annoyance.

So in order to be “[a]ppropriate,” a student’s use of resources can’t annoy anyone. Colleges can certainly limit the use of resources that is substantially disruptive to other students, but banning use that has subjectively caused “unwarranted annoyance” could include anything  from emails to a listserv about registering to vote, to tweets that criticize the college administration or political figures. Potentially annoying to some? Sure. But mere annoyance alone isn’t a permissible basis for limiting speech under the First Amendment.

Insisting students wade through this kind of word salad to figure out what they can and cannot say improperly chills speech on a public campus.

It gets worse in the body of the policy, which bans using resources to “create or communicate any offensive” messages, and says a host of different kinds of protected expression “are considered offensive.”

The policy singles out “racial or ethnic slurs,” (something colleges have been recently reckoning with.) Racial slurs could certainly be a part of prohibited conduct like harassment or fighting words; however, they’re constitutionally protected on their own. Same goes for the ban on offensive comments about someone’s age — which are also prohibited. MassArt’s policy converts an offhand comment like “OK, Boomer” from constitutionally protected expression to punishable offense.

Then there’s the ban on “communications which contain sexual implications” — a category so broad that texting someone an eggplant emoji over the college’s internet could violate the policy. This ban could also be employed to punish emails or messages about MassArt’s own classes dealing with the topic of sexuality. Could a student email a professor or peer about MassArt’s LASS232 Free Speech, Democracy and Artists course — which “examines free speech controversies involving obscenity and pornography, or merely nudity” — or LALW423 Shakespeare and Identity: Race, Religion, Gender, and Sexuality On the Elizabethan Stage — which requires students to discuss “gender/sexuality” —  without worying about the sexual implications? And let’s not forget LAMS322 Animal Sex, Biodiversity and Gender, a course entirely devoted to the subject of sex, which surely requires speech with “sexual implications” to engage with its themes.

MassArt’s attempt at legalese here is almost certainly an effort to prohibit behaviors that are already forbidden under law, such as hostile environment harassment and behavior that would substantially disrupt the campus environment. But policy language must clearly and simply reflect the current law. Insisting students wade through this kind of word salad to figure out what they can and cannot say improperly chills speech on a public campus, as students are likely to self-censor rather than run afoul of a policy they can’t understand.

However abhorrent some speech may be, speech may not be limited by a public college because it has offended others. Colleges like MassArt that have a clearly unconstitutional policy in place regulating these matters are bound to falter when they must reckon with these difficult questions.

FIRE is always here to help colleges revise their policies so that they better protect students’ right to free speech. Shoring up policies before a free speech crisis hits gives administrators the tools to better navigate choppy waters.