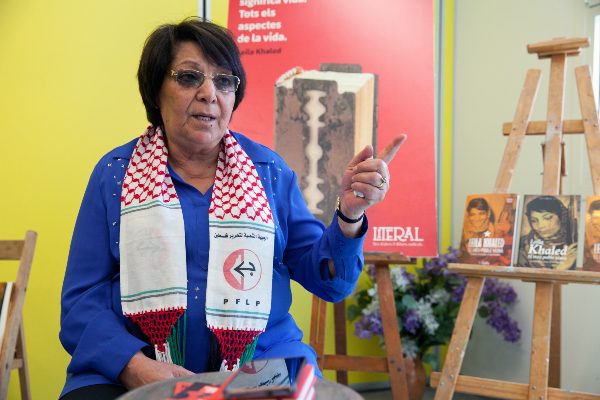 Last week, FIRE praised Zoom for its new policy addressing use of the company’s ubiquitous video-conferencing software in classrooms and describing new protections for academic freedom. It was a much-needed development, especially given universities’ broad reliance on Zoom during COVID-19. The policy affirmed that Zoom would only act on allegations of content violations that originate from meeting hosts or account holders unless the allegations involve immediate threats or a “legal or regulatory risk to Zoom if it does not act.”

However, FIRE noted that the policy failed to address what has thus far been the biggest challenge to Zoom’s use in academia: events featuring controversial speaker Leila Khaled. Now, Zoom has reportedly canceled another university event with Khaled, making clear that Zoom’s academic freedom policy still leaves some important details unwritten.

Claims that academic events with Khaled amount to material support for terrorism in violation of federal law are suspect.

Khaled, who hijacked an airplane in 1969 in support of the U.S.-designated terrorist organization Popular Front for the Liberation of Palestine, has been involved in multiple academic events canceled by Zoom since last September. The upcoming event with Khaled was scheduled for April 23 and hosted by San Francisco State University’s Arab and Muslim Ethnicities and Diaspora Studies program, the University of California, Merced, and the University of California Humanities Research Institute. It has now reportedly been removed by Zoom.

Like previous events with Khaled, the April 23 discussion — “Whose Narratives? What Free Speech for Palestine?” — faced calls for cancellation from groups including the Lawfare Project, which wrote “letters to both Zoom and UC Merced Chancellor Juan Sánchez Muñoz informing them that the event could violate federal law by providing material support or resources to a foreign terrorist organization.”

“I am amazed that UC Merced is joining San Francisco State University’s continued attempts to host the terrorist Leila Khaled for a seminar. I am deeply concerned with the relationship that SFSU has with radicals and even terrorists. This antisemitic terrorist has no place speaking in America. The university officials who continue to give platforms to this hate are participating in this evil. I remain committed to limiting the spread of terrorist propaganda,” Lamborn stated.

According to a letter seen by The Algemeiner sent on Wednesday, and addressed to UC Merced President Michael Drake and Chancellor Juan Sanchez Munoz, Congressman Lamborn said that he finds it “deeply disturbing” that the university agreed to co-host the event calling it a “travesty to any academic inquiry” and deeming it as being “illegal.”

“The First Amendment protects freedom to express ideas. It does not, however, protect providing services and equipment to terrorist organizations,” Lamborn wrote in the letter arguing that UC Merced hosting the event is in violation of 18 U.S.C. § 2339B.

But as FIRE’s Adam Steinbaugh explained last September after Zoom’s first Khaled cancellation, claims that academic events with Khaled amount to material support for terrorism in violation of federal law are suspect:

First, we’re not aware of any indication that Khaled will be compensated for her virtual appearance, meaning the only conceivable “support” provided is the virtual forum for the discussion — in other words, speech. The Supreme Court’s pronouncement on the intersection of the First Amendment and “material support for terrorism” laws — Holder v. Humanitarian Law Project — is muddled, but focused on the “fungible” nature of the training provided to prohibited organizations, as it allowed the organizations to become more efficient. But the Court also pointedly noted that the law does not prohibit being a member of the organization, just providing it with “material” support. In other words, association — even membership — with an organization is protected by the First Amendment.

Second, Holder should not be read to enshrine no-platforming into federal law. Universities should be places where students and faculty can discuss — and hear from — people whose acts or views may be controversial or unlawful. Students and faculty members must remain free to invite speakers — whether they agree with them or not — without fear of censorship or punishment by administrator, bureaucrat, or politician. The First Amendment extends a right not only to speak, but also a right to hear or receive information. This right makes no exception for people who have engaged in misdeeds, criminal activity, or membership in blacklisted organizations. Indeed, in Kleindienst v. Mandel, although the First Amendment did not require the federal government to grant a visa to a communist speaker, the Supreme Court said it was “loath” to hold that the ability of students and faculty to hear from the speaker by telephone was sufficient to override their interest in the “particular form of access” to face-to-face discussions. If Holder applies here, then there is no form of access available. 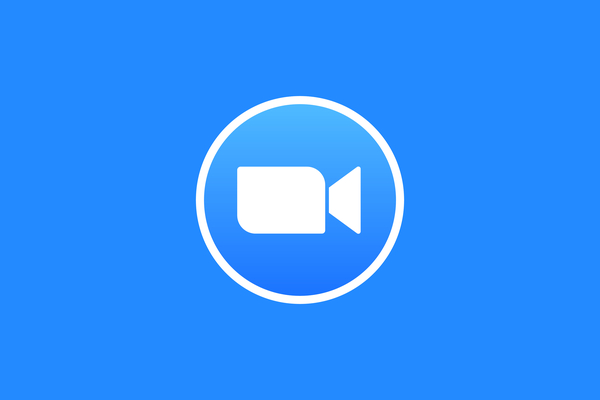 If Zoom purports to protect academic freedom, it must be transparent about its decisions surrounding academic speaker cancellations.

The dispute over university events with Khaled offers insight into one of the major challenges of conducting higher education online: Under the First Amendment and principles of freedom of expression and academic freedom, a university may choose not to interfere with academic events featuring even the most controversial speakers, but the platforms hosting those events may reach a different conclusion, as Zoom apparently did in Khaled’s case. Ultimately it could be platforms, rather than university communities, deciding what academic events can go forward.

Algemeiner reports Zoom did not respond to requests for comment about the company’s apparent removal of the April 23 Khaled event. But that’s what’s missing from Zoom’s new policy: more explanation of how the company assesses accusations of material support for terrorism in academic events and upfront notice if there is a blanket ban on invitations to Khaled.

Zoom is not to be blamed for the vague and unclear definition of material support for terrorism codified in federal law. But if Zoom wants a role in academia — which is presumably a lucrative field for the company — it must accept the thorny issues that accompany academic freedom and meet them with as much transparency as possible. Zoom is not responsible for the law, but it is responsible for explaining to its users how it is interpreting the law. (Given the recurring invitations to Khaled, that interpretation appears to differ from the conclusions reached by faculty at the universities Zoom serves.) Acknowledgment of the issue, rather than event cancellations with only a few days’ notice, would provide academic Zoom users with more clarity.