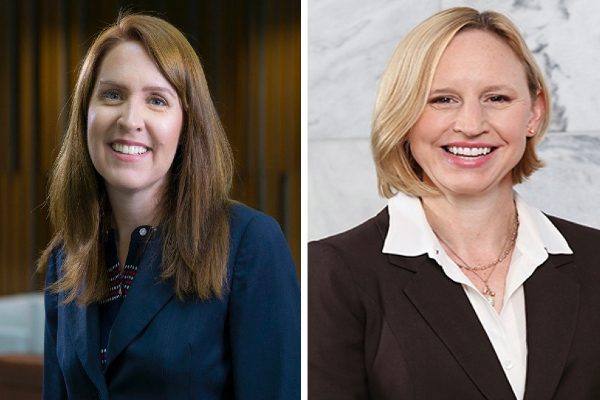 “A generation ago, the court actively taught the public that the press was a check on government, a trustworthy source of accurate coverage, an entity to be specially protected from regulation and an institution with specific constitutional freedoms.” — Professor RonNell Andersen Jones, University of Utah S.J. Quinney College Of Law

“Today, in contrast, it almost never speaks of the press, press freedom or press functions, and when it does, it is in an overwhelmingly less positive manner.” — Professor Sonja R. West, University of Georgia School of Law

Those are the conclusions of professors Jones and West as set out in a forthcoming North Carolina Law Review article titled “The U.S. Supreme Court’s Characterizations of the Press: An Empirical Study.”

The Trump era turned everyone’s focus to the dangers of vilification of the press by the political branches, but no attention at all has been paid to the changing ways that the Court speaks of the press—which we found remarkable, in light of the Court’s role as the institution ultimately entrusted with safeguarding press rights. We decided to tackle the question with a large-scale project, empirically coding every reference to the press by a U.S. Supreme Court Justice in the Court’s opinions since 1784.

Here is a comment on the article by Bruce E.H. Johnson:

The authors note a troubling trend for the future of press freedom in the United States: distrust, perhaps a product of Trumpism, mistrust of the media among conservative justices, coupled with a liberal bench that is hesitant to advance and promote free press protections.

In November 1974, I was in the room when Justice Stewart delivered his famous speech “Or of the Press” reminding us “that the Free Press guarantee is, in essence, a structural provision of the Constitution.” We have come a long way from that hopeful era. The lamps are going out all over America.

Does a local governmental body violate the First Amendment when it censures one of its members? That intriguing question forms the basis of the Court’s grant of review in Houston Community College System v. Wilson.

Wilson, then one of the nine trustees of the Board of the college system, alleged that his colleagues were violating board bylaws. He disagreed with the decision to open another campus and took his complaints public. He later filed several lawsuits against Houston Community College System (HCC).

A federal district court dismissed Wilson’s claim, finding that he had not suffered an actual injury to have standing to maintain his free speech lawsuit. The district court reasoned that the Board’s censure did not prevent Wilson from speaking or performing his official duties.

On appeal, a three-judge panel of the Fifth Circuit Court of Appeals reinstated Wilson’s claim, writing that “Wilson’s allegation of retaliatory censure is enough to establish an injury in fact.”

The Fifth Circuit panel noted that “the Supreme Court has long stressed the importance of allowing elected officials to speak on matters of public concern.”  The panel cited the Court’s decision in Bond v. Floyd (1966), a decision in which the Court ruled that the Georgia House of Representatives could not expel civil rights leader and member Julian Bond for expressing his ardent opposition to the Vietnam War.

However, in its cert. petition HCC argued that the panel’s decision was misguided and threatens the operation of local democracy by chilling the use of the censure power.

“Throughout American history,” it maintained, “elected bodies at all levels of government have exercised the authority to censure their own members” threads. The petition also argued that an elected body’s ability to censure is a form of government speech immune from First Amendment scrutiny.

However, in its brief in opposition, Wilson counters that a government punishing a speaker “for merely expressing disagreement with a political majority” is core political speech protected by the First Amendment.

“Inviolability of privacy in group association may in many circumstances be indispensable to preservation of freedom of association, particularly where a group espouses dissident beliefs.”

Earlier this week the Court heard oral arguments in Americans for Prosperity Foundation v. Rodriguez and Thomas More Law Center v. Bonta. The issue raised in those cases was “whether the exacting scrutiny the Court has required of laws that abridge the freedoms of speech and association outside the election context – as called for by NAACP v. Alabama ex rel. Patterson and its progeny – can be satisfied absent any showing that a blanket governmental demand for the individual identities and addresses of major donors to private nonprofit organizations is narrowly tailored to an asserted law-enforcement interest.”

The controversy involved a California confidential disclosure requirement applicable to donors to non-profits groups. The Americans for Prosperity Foundation, a tax-exempt nonprofit founded by the Koch brothers, and the Thomas More Law Center refused to comply with the law, claiming it violated their First Amendment right to freedom of association and that it could subject their donors to harassment.

This from Fox News:

Virginia Tech University is facing a fresh lawsuit from the nonprofit Speech First, which alleges that the university has set overly broad restrictions on students’ expression.

Filed [April 8], the lawsuit takes aim at Virginia Tech’s policies on harassment and discrimination, bias-related incidents, and its computer policy, which prohibits the use of the network for “partisan political purposes.” It also targets the university’s ban on distributing literature or petitions without prior approval.

“Through this elaborate disciplinary apparatus, administrators at Virginia Tech have intimidated students into silence, refraining altogether from expressing comments or viewpoints that might be perceived as controversial or offensive,” Speech First president Nicole Neily said in a statement provided to Fox News.

Kennedy & Volokh on taboos in the classroom 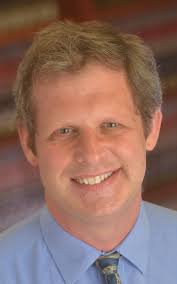 black passengers; an art history professor quoted a line from N.W.A.’s Fuck tha Police and wrote the group’s full name (Niggaz Wit Attitudes); an Africana Studies professor discussing Tupac Shakur wrote the name of Tupac’s song called “N.I.G.G.A. (Never Ignorant About Getting Goals Accomplished)” on the whiteboard; a Princeton anthropology professor offered the word as an example of what the class would be exploring in a study of taboos; a philosophy professor discussing the Washington Redskins’ team name analogized it to “having a team called like, uh, the Florida [N-words]”; a history and art theory professor gave the word “as an example of a word that a community has reclaimed”; a music history professor quoted the word when discussing racist songs in 1800s musical theater; and a dean quoted the name of comedian civil rights activist Dick Gregory’s autobiography.

Unsurprisingly, these controversies have arisen as to the word “fag” as well. One university fired a tenured media law professor (and department chair) for quoting both words, one when discussing a leading campus speech code case and the other when teaching Snyder v. Phelps (the case which upheld protesters’ rights to picket on the occasion of a military funeral, including with signs saying “God Hates Fags”). Another professor’s quoting the word in a discussion of Snyder, in a class at a law school, led to student complaints and demands that the word be expurgated in the future. Some students at another law school have likewise demanded that professors not quote the “f-word” (meaning “fag”). 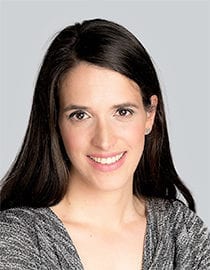 So to Speak podcast on the Mahanoy case

Ninth grader Brandi Levy was frustrated when she didn’t make her high school’s varsity cheerleading team so she posted an intemperate video about it on Snapchat to her 250 “friends.”

Four years later, that video, which led to her suspension from the junior varsity cheer team, will take center stage at the United States Supreme Court.

On today’s episode of So to Speak: The Free Speech Podcast, we are joined by LoMonte, who also leads the Brechner Center for Freedom of Information, and FIRE Program Officer Lindsie Rank to discuss the Mahanoy case, which could answer some important lingering questions about student speech rights off-campus and on social media.

The Supreme Court is set to hear oral arguments in the case on Wednesday, April 28. A decision is expected this summer.